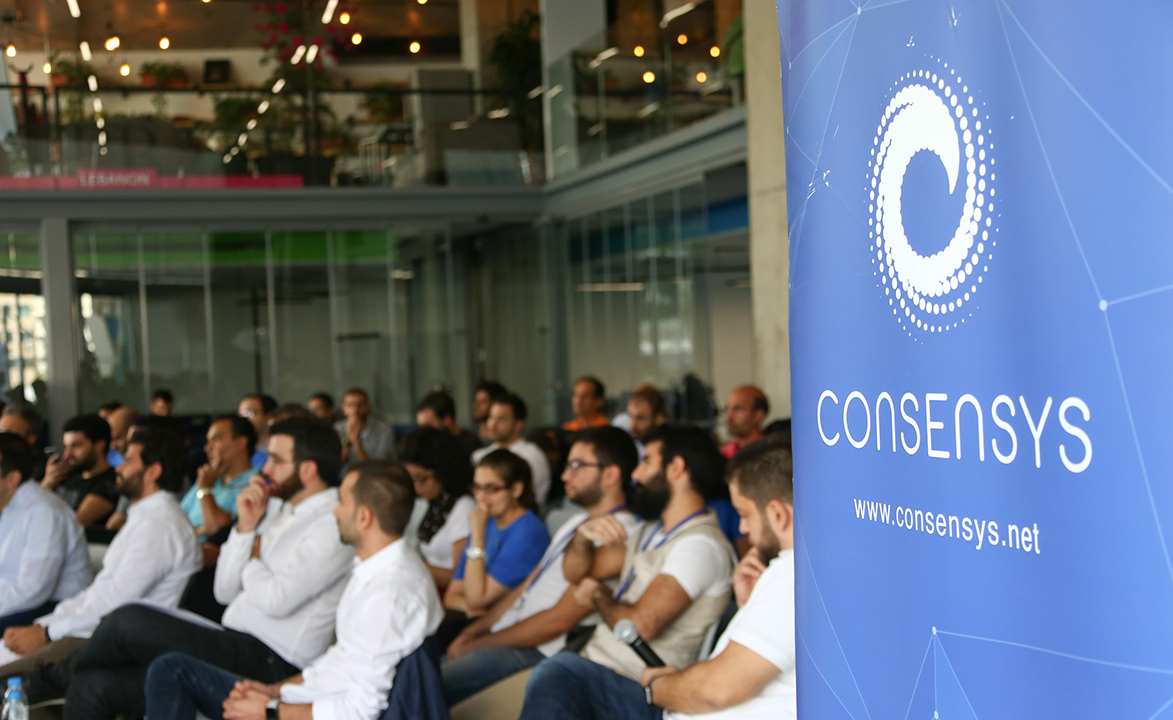 ConsenSys launched their first Blockchain Developer Bootcamp in Lebanese capital. In addition to a cash prize, the hackathon winning team, BlocRefs, which proposed an elegant solution for refugee donation tracking, received an invitation to a one-week design sprint at UK Lebanon Tech Hub as well as the opportunity to pitch to ConsenSys MENA XLabs.

A total of 32 participants completed the bootcamp which was a combination of an intensive three-day blockchain developer training followed by a 30-hour hackathon. “The aim of this bootcamp was to empower this diverse and talented group of participants with programming experience and give them a platform to learn from the experts, foster their interest in blockchain technology and hone their skills,” says Marc Ziade, Business Operations and Strategy Director at ConsenSys.

Developers then got into teams and worked on ideating blockchain solutions to different challenges, from refugee donation tracking to education certification verification to real estate data transparency, among others. The 30-hour hackathon was followed by a demo day where teams pitched their ideas and showcased their prototypes to a panel of judges from ConsenSys, Strategy&, UK Lebanon Tech Hub, Middle East Venture Partners, and Flat6Labs.

“To say that we exceeded expectations would be an understatement. The level of engagement from the participants not to mention the quality of the discussion and pitches are indicative of what we have known all along, there is an immense amount of talent in Lebanon that needs to be harnessed,” he adds.

“We are excited about the partnership between Beirut Digital District Academy and ConsenSys, a global leader in blockchain, to deliver practical and in-depth trainings accessible to developers and entrepreneurs in Lebanon,"says Mouhamad Rabah, CEO of BDD. "We are extremely pleased with the positive feedback received on the first pilot, a five-day bootcamp for developers, and we are looking forward to continuing our collaboration and working together to create sustainable blockchain expertise in our ecosystem.”

“The participating teams did a great job. They identified societal and environmental issues that blockchain can help to solve, and then developed convincing pitches and working demos. We believe that such events and partnerships will continue to support us in unlocking the potential of blockchain technology for the private and public sectors. Congratulations once again to the winning teams,” adds Imad Atwi, Manager at Strategy&.

The Lebanon bootcamp was the start of a series of developer bootcamps ConsenSys is planning throughout the region details of which will be announced soon.