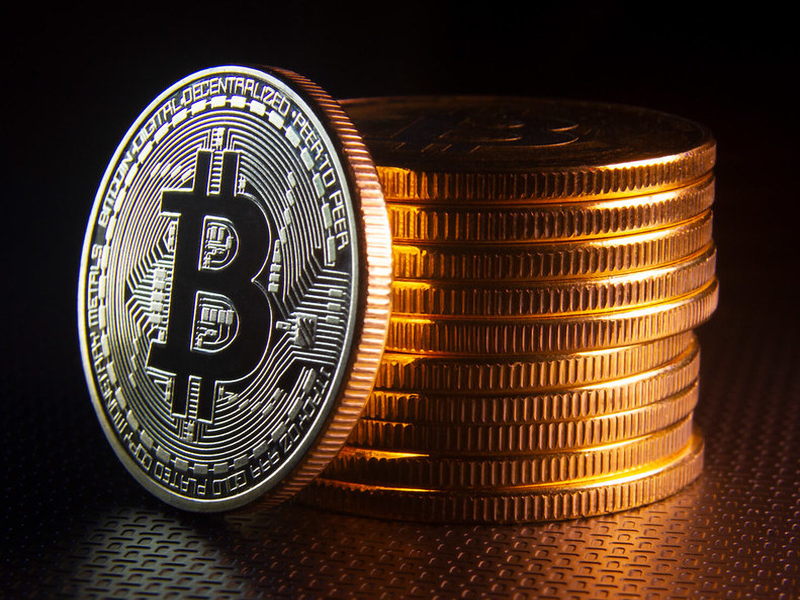 By Abdullah Almoaiqel, co-founder of Rain
Posted 2 years ago - Apr 19, 2020, 9:05 AM
CryptocurrencyThought Piece

- Pre-COVID, the assumption was that Bitcoin was becoming a ‘safe haven’ during times of crisis (acting almost like digital gold, where the price would go up when the economy took a hit). On the global level: This did not play out as expected.

- In fact, when the markets took a hit on March 12, Bitcoin was not immune to the flight for dollar liquidity. Why?

- Some history: Over the last few years, the Bitcoin market has matured significantly. What was once a market of mostly individuals, now has many institutional investors whose participation has been facilitated by more government oversight and regulation.

- And so: when institutional investors needed dollars quickly, they quickly sold off many of their assets, including Bitcoin, causing a sell-off event consistent with other asset freefalls.

- However, as of the end of March, we have begun to see a ‘decoupling’, where the price of Bitcoin is no longer correlated with other global markets (e.g. the Dow Jones, S&P 500, and the Saudi Stock Exchange (Tadawul)).

In an increasingly interconnected world, markets behave in extraordinary ways at times of crisis. As the MENA’s first licensed cryptocurrency platform, Rain has had a great amount of first-hand insight on the behavior of the diverse and rapidly growing crypto-community in the region. It is a particularly interesting and volatile time for capital and cryptocurrency markets, following the ongoing novel coronavirus pandemic.

The cryptocurrency industry has matured significantly in the past few years. Legal frameworks and regulations around the world have allowed institutional investors to increasingly participate in the market, fundamentally affecting market behavior as the profile of investors changes.

Bitcoin is often seen as a digital gold; often used as a global hedge against financial turmoil. In fact, many hedge funds have historically allocated a small portion of their portfolio for Bitcoin, because it is usually not correlated with other markets and currencies. It was surprising to many enthusiasts when Bitcoin and other cryptocurrencies crashed alongside the global markets on March 12th, 2020.

By way of explanation: According to traders, institutional investors in the cryptocurrency markets overwhelmed the market, creating a sell-off event. Institutional sell-off was mostly caused by the rapid flight to USD liquidity, from professional traders who also trade in other assets, like traditional equities and bonds.

The sell-off created a positive correlation between other markets and Bitcoin that lasted until the end of March (at the time of writing), where we began to see early signs of ‘decoupling’ [and what I mean by this is where the price changes of Bitcoin are no longer behaving in the same way as other markets]. The community is closely watching this, and we’re seeing the early signs of this decoupling right now.

The chart below shows the initial (correlated) drop, and the beginnings of the ‘decoupling’.

A quick history lesson on the birth of Bitcoin: The Bitcoin White Paper was circulated between cryptographers in October of 2008, and the system was up and running four months later in Jan 2009. Bitcoin’s creator left an encoded message in the first record of transactions in the Bitcoin blockchain, “The Times 03/Jan/2009 Chancellor on the brink of a second bailout for banks.”

It was not explicitly stated what this message meant, but it was widely interpreted as a reference to The Times newspaper headline, which acted as both a timestamp to prove that the network had not been created before that date, and as a comment on the instability caused by the global financial systems and (inevitable) bailouts.

Fast forward to over a decade later. Following the impact of COVID-19 on the economy, the U.S. federal reserve has announced unprecedented measures of quantitative easing [that is, rapidly increasing the money supply in the financial system to prop up assets and avoid a downward spiral]. This echoes the 2008 financial crisis, which was when Bitcoin came into being. This relationship was important then, and is just as important now.

No matter what, you cannot change the maximum quantity of Bitcoin available, no matter how much money the central bank prints. Similar to gold, printing more money does not increase the supply of gold (or Bitcoin) available.

As a result, Bitcoin seems to have an increasing appeal at times of crisis, mainly due to its strictly governed, and predetermined, issuance rate. Only 21 million bitcoin will ever exist, and 18 million is already in circulation (and we will not see the remaining 3 million in circulation for decades).

While Bitcoin was a result of many years, and perhaps decades, of attempts to create a peer-to-peer secure form of digital money, it is hard not to imagine Bitcoin as being born out of the last global financial crisis of 2008.

Bitcoin’s ‘fixed’ money supply makes it a viable candidate as investors look to hedge against inflation and currency debasement.

How has this affected the appetite for cryptocurrencies in MENA?

- Although there is a big sell-off globally, with more sellers than buyers right now, this is not the case in MENA.

- In fact, the volume of buys was more than the volume of sells in MENA in March. At Rain, we saw a 200% jump in trading volumes from January to March.

- We mostly attribute this to the fact the Bitcoin market in MENA is largely made up of retail investors and high net worth individuals (HNWIs), many of which are investing in Bitcoin as a long-term hedge against global uncertainty.

- There is more interest in Bitcoin than ever before in MENA, as more people consider cryptocurrencies as viable alternatives to store their wealth.

While there was much fear behind market movements, the cryptocurrency exchange industry seems to benefit from increased transaction volumes following volatility, with trading volumes increasing globally, including over 200% increase on Rain with GCC pairs from January to March of 2020.

This leaves the wider global investment community with a few questions:

- How soon will the inflation ramifications of Central Banks rapidly increasing money supply be felt? Will USD injections cause currency devaluation?

- Will institutions, hedge funds, and even regional central banks utilize Bitcoin as a hedge against dollar dependence?

It is too early to tell the ramifications of such unprecedented decisions, ultimately the markets and time will tell.

For us in MENA, what is incredibly clear is that there is more interest in Bitcoin than ever before, as investors in the region look to insulate themselves from inflation.

Want to know more about the key trends in the FinTech ecosystem and what drives them? Access our full 100+ page MENA FinTech report
& earlier this month, we launched our Q1 2020 MENA Venture Investment Report, providing an in-depth review of venture investment over the last three months. In it, the data highlights the early effects of COVID-19 on MENA’s startups.