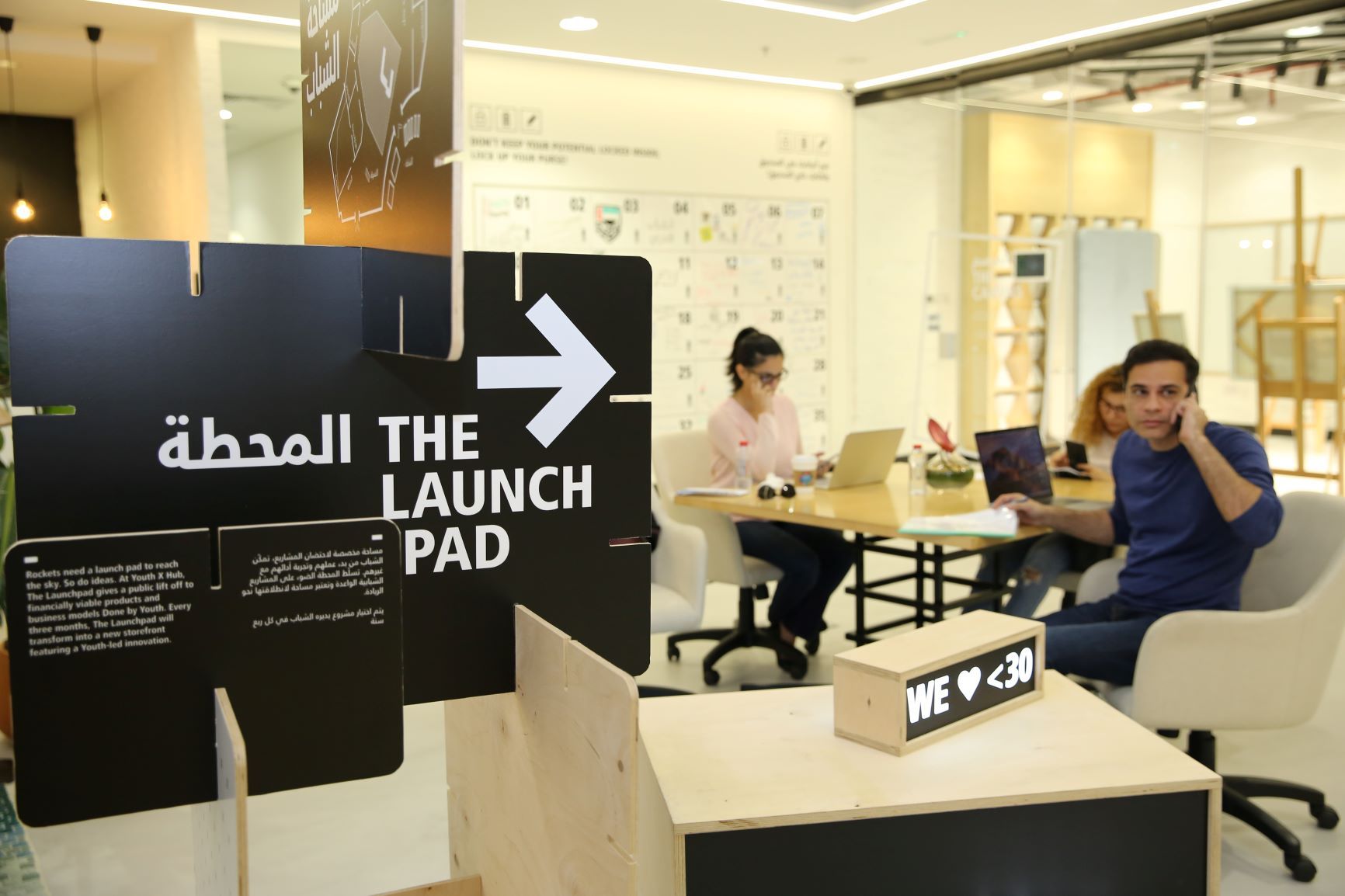 Best practices for investors to support entrepreneurs in the MENA region

SOURCE: Wamda - Best practices for investors to support entrepreneurs in the MENA region

The potential for entrepreneurship in the region is high, based on digital consumption and a startling increase in investment funding for startups. Ahead of the World Economic Forum on the Middle East and North Africa taking place in Jordan 6-7 April, McKinsey & Company Middle East’s senior partner Omar El Hamamsy, associate Ahmad Alkasmi associate partner Luay Khoury and partner Abdur-Rahim Syed explain how investors can help entrepreneurs.

The Middle East and North Africa (Mena) region is one of the most digitally connected in the world: across countries, an average of 88 per cent of the population is online daily, and 94 per cent of the population owns a smartphone. Digital consumption is similarly high in some countries for example, Saudi Arabia ranks seventh globally in social media engagement, with an average of seven accounts per individual.

Despite this sizable appetite for online content and services, key digital sectors remain nascent, and entrepreneurship potential is yet to be fully tapped. Across Mena, only 8 per cent of small and medium enterprises (SME) have an online presence—ten times less than in the United States. Only 1.5 per cent of Mena’s retail sales are online, which is five times less than in the United States.

Research by Digital McKinsey suggests that the Middle East has only realized 8 per cent of its overall digital potential, compared with 15 per cent in Western Europe and 18 per cent in the United States.

However, we believe the region is at the start of a new S-curve: Mena is experiencing a startling growth in both the number of successful startups and the amount of investment funding available to them. Startups are scaling by adapting offerings and business models, from digital music to digital logistics to serve local needs. Examples of this abound, from the UAE’s Fetchr using GPS technology to power delivery in a region with few addresses to Egypt’s Fawry using a local network of retailers to anchor its payment network and overcome barriers in the financial technology (fintech) space. 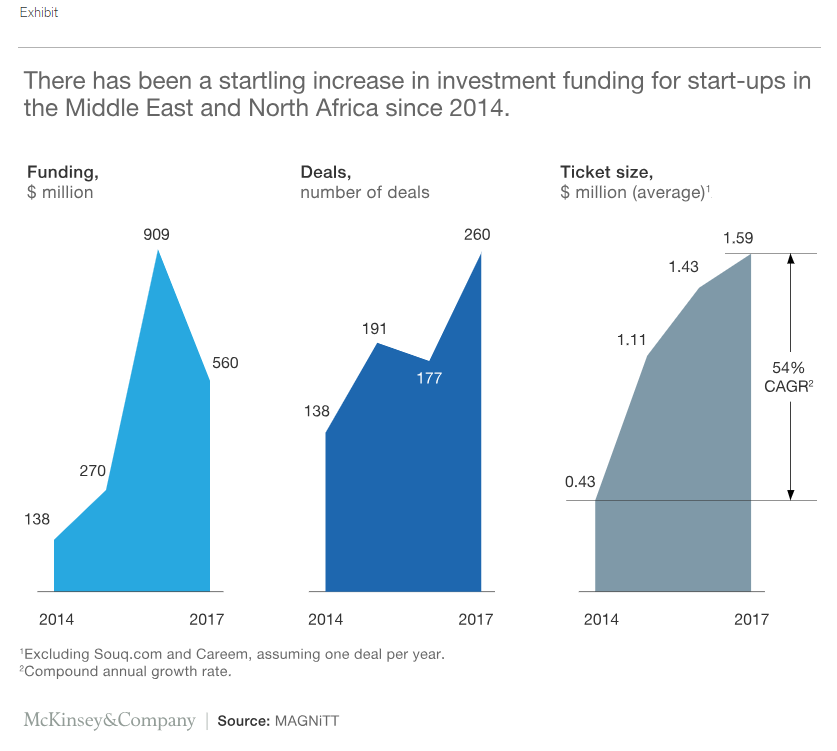 Moreover, the number of investors in the region increased by 30 per cent from 2015 to 2017, while total funding increased by more than 100 per cent in the same period. Corporate-venture-capital (CVC) funds, in particular, are rapidly emerging in the evolving Mena investment ecosystem. In 2015 and 2016, 14 new, significant CVC funds entered the Mena market. The number of CVC assets under management grew by more than 2.4 times from 2012 to 2016, reaching 20 per cent of total VC assets under management in the region.

Through items from targeted, VC-like investment funds to structured incubator and accelerator programmes, public institutions are also playing an increasingly key role in the startup ecosystem. Recent examples include the establishment of Fintech Factory in Egypt, FinTech Hive in the UAE, and National Fund for Small and Medium Enterprise Development in Kuwait.

Best practices for investors to support entrepreneurs in the MENA region