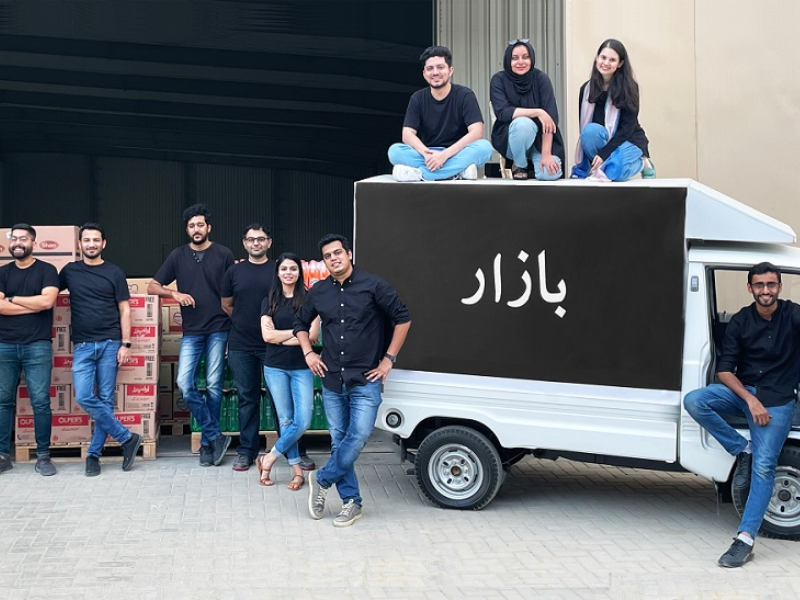 Launch in mid-2020 by Saad Jangda and Hamza Jawaid, Bazaar is one in a series of E-commerce and FinTech startups in Pakistan aiming to connect small and medium-sized retailers with merchandisers, wholesalers, and manufacturers. Bazaar provides a seamless mobile B2B platform, allowing retailers to connect directly with suppliers in procuring their inventory. The startup had also launched a digital ledger app Easy Khata earlier this year to help retailers all over Pakistan manage their bookkeeping.

Bazaar’s business-to-business marketplace, which provides merchants with the ability to procure inventories at a standard price and choose from a much larger catalog, is currently available in Karachi and Lahore, while Easy Khata is live across the country. Between the two platforms, the Karachi-based startup said it has serviced over 750,000 merchants since its launch, which appears to have solved a problem that many of its South Asian peers are still grappling achieving an almost 90% retention rate. In light of this recent investment, Bazaar founders commented  “Bazaar is going after a massive opportunity with the ultimate aim of creating a generational story in and from Pakistan. In a country with incredible talent and huge market opportunity, it’s about time we create an inspirational story that brings together the country’s best talent who can go on to create many such stories in the future.”

The Pakistani startup created a set of diversified E-commerce and FinTech solutions with the end-user in mind. The team has been testing a buy now pay later service for its merchants, and the early results have been said to be fruitful, with payment capacity doubling and repayment rates close to a 100%. These newly acquired funds come as a critical opportunity for the team to further expand their market, diversify their offerings and grow their partner network. Paul Santos, the Managing Partner at Wavemaker Partners, concluded “We’ve been investing in FMCG B2B marketplaces across the region since 2017. After working with Hamza and Saad over the past year, we’ve been impressed by their customer-centric approach to product development and the speed of their learning and execution. It’s no surprise that they’ve received glowing reviews from their customers and partners. We’re excited to support Bazaar as they solidify their market leadership and digitize Pakistan’s retail ecosystem.”