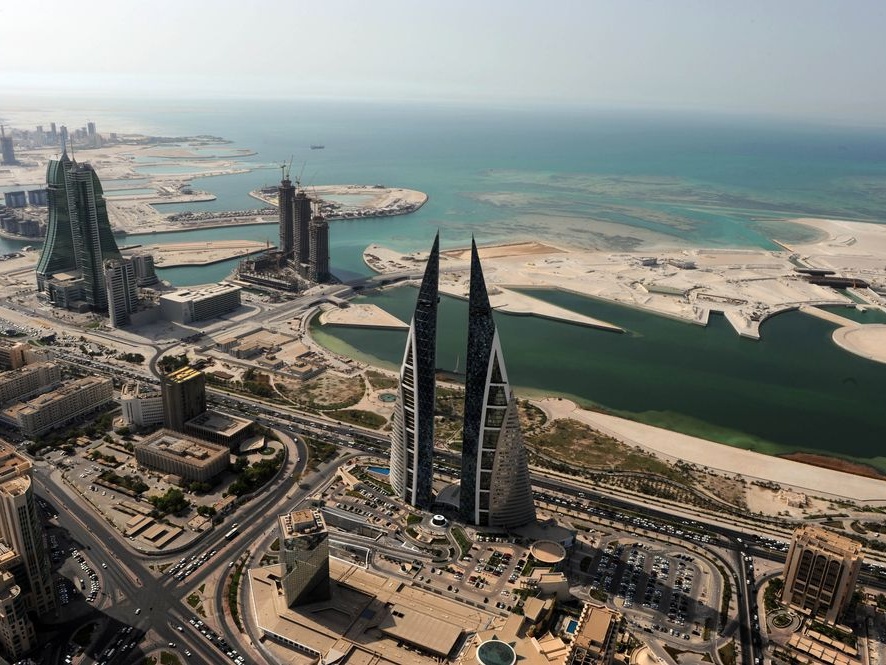 Startups can easily set up shop with a new fast-track process for registration.

Singapore startups can now quickly expand into the US$1.5t Gulf market through a new fast-track setup process launched by the Bahrain Economic Development Board (EDB) in September. The kingdom’s startup ecosystem is gaining ground for its encouraging regulatory environment and setup costs, which are cheaper than those of established financial markets, according to Abdulla Almoayed, CEO of Almoayed Technologies and spokesperson of EDB Bahrain.

Whilst startup costs could go as high as US$750,000 in markets like London, setting up shop in Bahrain could be as low as US$200,000. In an interview with Singapore Business Review, Almoayed talks about the incentives of expanding into the Middle East and North Africa (MENA) through Bahrain’s startup ecosystem — which includes relaxed foreign ownership rules and access to skills agencies — as well as the results of Bahrain and Singapore’s ongoing collaboration in the fintech space.

What is the state of Bahrain's startup ecosystems and, apart from the growing fintech sector, what are the potential areas for collaboration with Singapore?
Bahrain has a burgeoning and increasingly dynamic digital economy, a maturing tech community, and a rapidly growing FinTech ecosystem. Our vibrant startup ecosystem is home to over 115 companies and underpinned by a wide range of incubators and accelerators, including the region’s first, and still biggest, FinTech hub, Bahrain FinTech Bay.

Aside from the bay itself, it’s the closeness to the regulator that makes it the compelling spot for startups to base themselves and innovate. Certainly, FinTech is one of the most potential-rich areas for collaboration between Singapore and Bahrain, given our longstanding history there. But we see many opportunities for investment into startups, including in Internet of Things, tourism and booking apps, e-commerce platforms and Cloud-based solutions.

What is Bahrain's competitive edge against other markets in the region, and why should Singapore startups tap into it?
The clear strategic outlook and the importance that the government of Bahrain has placed on Fintech together with the proven capabilities of the Central Bank of Bahrain to legislate dynamically together with the private sector. We have also seen that the Central Bank of Bahrain is willing to mandate regulations that force the adoption of new technologies. Standardized barcodes, the implementation of open banking, the adoption of a national eKYC, all of which are believed to be prerequisites to accelerate the adoption of technology.

Can you walk us through the traditional setup process for startups in Bahrain? What were the issues that prompted EDB to introduce a fast-track setup process?
It is easy to set-up in Bahrain – all processes are online. As mentioned previously, it’s significantly cheaper to set up here than elsewhere in the region too - Singapore’s own ZPX, a cryptocurrency firm, made headlines last month estimating that setting up a firm in Bahrain would cost around $200,000, whereas similar setup costs in London could reach $750,000.

The Kingdom has also adopted what we coined as the ‘Team Bahrain’ approach, a private sector approach for the government, where we quickly get the right decision-makers round the table to get things done. This has been integral in bringing global giants like Mondelez and AWS to Bahrain, but the smallest startups get the same attention.

In short, there were no real issues that necessitated the process. Rather, our long and fruitful partnership with Singapore, particularly regarding the fields of innovative technologies and their regulation, was so beneficial to all involved that we wanted to take it to the next level.

So we introduced the process that will be offered for free to Singaporean startups and will be delivered through a dedicated concierge service. It will cover residency, visa requirements and business registration and include access to grants and financial support. Singaporean startups will also benefit from guidance from Bahrain’s incubators and accelerators, as well as access to their networks and programmes that will provide Singaporean businesses with the connections they need to grow and expand.

Are there additional qualifications a startup must meet in order to make the most out of the process?
The most important qualifications are boldness and innovation. We are a nation of firsts. We were the first country in the Gulf to discover oil, but also the first to diversify our economy away from oil.

We were the first to develop a strong banking community and are now building one of the most concentrated ecosystems in the world. We were the first to lead on Islamic finance, and we are introducing progressive new ideas, including regulations on sharia and non-sharia crowdfunding as an alternative funding options.

And as part of our drive to foster new technologies, we were the first country to introduce a nationwide cloud-first policy, requiring government organisations to move to the cloud. We’re keen to keep fostering an environment of pioneering innovation, and any startup which shares this ethos will no doubt make the most out of the process and thrive.

Apart from the fast-track setup process, what government initiatives can Singapore businesses tap into to start operations in Bahrain?
The fast-track process is just a means of further simplifying what is already a quick and easy process for setting up in apex of the growing US$1.5t Gulf markets. Once there, startups will have access to all the other benefits on offer in the Kingdom.

This includes 100% foreign ownership in most sectors, access to grants, funding and subsidised labour from Bahrain’s skills agency Tamkeen, and some of the most supportive and advanced soft and hard infrastructure in the region if not the world. This is after all, one of the first countries in the world to roll out commercial 5G, mandate nationwide open banking, see a concerted government-wide shift to the cloud, and of course, house AWS’s first Middle East Region and hyper-scale data centres.

Which startup segments will most likely benefit from the fast-track setup process?
Whilst all startups and businesses will benefit, the Kingdom promises particular opportunity for FinTechs, especially those from Singapore, given our nations’ longstanding collaboration in that area. In 2017 we established the first regulatory sandbox, for FinTech startups to test and scale innovative new services.

This has helped strengthen Bahrain’s position as a FinTech and financial services hub in the GCC. Its graduates include Rain Financial, the region’s first licenced cryptocurrency exchange and Tarabut Gateway, the region’s first licensed open banking systems provider. We believe firms like this are the future, and go out of our way to foster a regulatory environment for them to thrive.

In the past year and a half alone, we have brought in a bankruptcy law to encourage reinvention and innovation, a Data Protection Law to promote the secure commercial use of data and a Competition Law to make it easier for startups to compete on a level playing field. We are also bringing in a law that allows countries full sovereignty over their data in Bahrain – what we are calling a ‘data embassy’ law. But at the end of the day, Bahrain is the perfect testbed for not just financial services, but disruptive technologies overall.

Since the signing of the FinTech MOU in 2018, what has Bahrain EDB gained from the collaboration and how does it apply to the local market?
The Singapore regulator has always been looked at as forward looking and bold compared to the rest in Southeast Asia. With that in mind the MOU was signed to facilitate the transfer of knowledge. We see this with the implementation of open banking in Bahrain, having assessed the various outcomes from banks, regulators, Fintechs and customers. Bahrain has decided to mandate similar initiatives.

I believe that the MOU and the closeness of the regulators will facilitate the building of a corridor enabling licenced entities to passport their technology between both jurisdictions. Where Singapore Fintechs can innovate in Bahrain and Bahrain Fintechs can scale to Singapore and the rest of Southeast Asia.