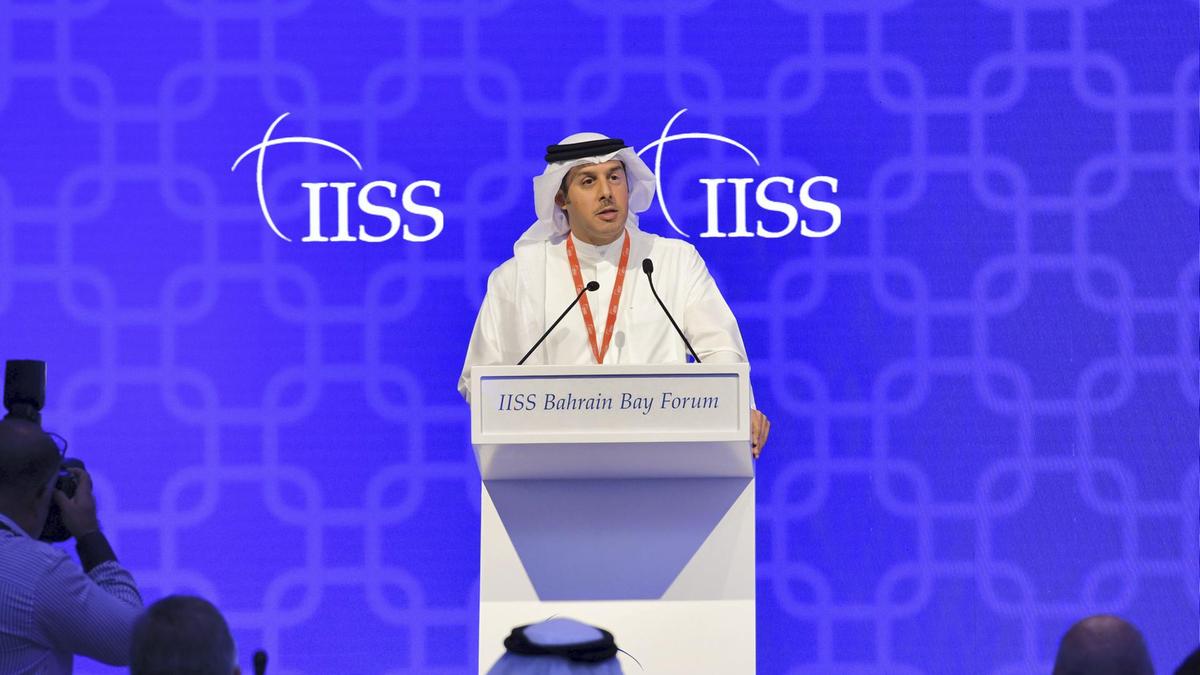 By Mustafa Alrawi in Davos

SOURCE: The National - Bahrain as a tech hub is starting to see 'green shoots' of progress

Bahrain’s steady evolution into a regional hub for technology start-ups has begun to influence young people in the country to develop the skills required for the jobs and roles needed in the nascent ecosystem.

Khalid Al Rumaihi, chief executive of the Economic Development Board, says that people “are beginning to see coding, programming, let alone starting up a business, as a real career path”.

Mr Al Rumaihi is in Davos for the World Economic Forum this week, where 3,000 government officials, chief executives and entrepreneurs have gathered to discuss how best to shape economies being rapidly transformed by technologies such as automation, the Internet of Things and the adoption of artificial intelligence.

A major topic is how best to ensure people have the skills for the jobs of the future.

“You go to these demo days that accelerators have and you’re seeing corporates, businessmen beginning to look at what does this have to offer. You’re seeing students sign up for Amazon’s AWS Educate, we had 1,700 people sign up,” he says.

A local Google Developer Group has also grown to over 1,300 members since it was founded just a year ago, says Mr Al Rumaihi.

“We are starting to see green shoots but this is a multiyear process. This is relentless. You’ve got to work on it, you’ve got to cultivate it,” he says.

Amazon Web Services will operate a regional infrastructure hub from Bahrain this summer, which will nurture talent in a “tectonic shift for the region”.

It is also part of a broader shift in Bahrain with the government willing “to go all in on” cloud technology, helping to cut costs for IT infrastructure and potentially creating opportunities for the innovative use of its own data across departments and ministries.

“We may have a small government but no government has done this, which is to go into the cloud. By the way, already we have seen significant costs savings, sometimes up to 90 per cent, versus building your own data centres,” he says.

Local banks will potentially be very digitally savvy by rules that allow them to move to the cloud and that will also allow challenger, digital banks to emerge, he says.

Mr Al Rumaihi says more start-ups are needed in Bahrain and he targets more than doubling the number to 200 in the next year and a half. There are 88 in 2018 – up from only 14 in 2016 – across a number of segments including open banking, cryptocurrency and FinTech. The majority are international companies including from Kuwait, the US, Japan, India and Denmark.

“People are beginning to see there is a path for them to start an idea, there are accelerators that will give them the mentorship, there is funding,” he says.

It has been a dynamic 18 months for the Bahrain start-up scene, including the launch of a $100 million fund of funds aimed at attracting venture capital funds to the country and to fill the funding gap. About 45 per cent of that money has been allotted in five VCs, who will all be set up in Bahrain by the middle of this year, says Mr Al Rumaihi.

“What we’ve said to these VCs is that we want you to have some feet on the ground. You’ve got to be there going to demo days at accelerators, you’ve got to have your eyes and ears on the ground to look at these opportunities,” he says.

“There is no quota that we have applied to how much they have to invest in the local market or in Bahraini, or regional start-ups. By having a presence, they will naturally be looking for opportunities.”

Bahrain has also issued a number of regulatory reforms including bankruptcy and data protection laws, allowing international companies to store their data in Bahrain but under their own home legal jurisdiction.

“That’s going to allow big data to take place on our doorstep, in our country,” he says.

“The regulation, which is forcing people to pay attention, the advent of technology, the incentives we are creating, it is gradually helping the corporates to think about this for their future,” he says.

Mr Al Rumaihi concedes that when compared to other ecosystems around the world, Bahrain’s may still seem small “but it took ecosystems even in Paris or the UK, let alone Silicon Valley or Shenzhen, many, many years of focus on it to become a thriving hub”.

However, he is concerned that the technology ecosystem will not be able to adequately scale up in the Gulf as a result of a silo mentality.

“Technology companies that matter, start-ups that matter will not come to do business in one country. They want to work across countries. That is what works for Europe, what works for China. If we don’t think of integrating and working together across multiple countries, the whole region loses out,” he says.

Nations in the region will have to work together to create a large enough market to offer enough opportunity for start-ups to grow and thrive.

“The number one difficulty for start-ups today is not funding, it is market access,” Mr Al Rumaihi says. “Scale for regional entrepreneurs is challenging.”

Differing regulations create too many boundaries and fragment markets in the region which does not offer a compelling business model for companies, he says. A start could be greater co-operation on removing some of these impediments, between a smaller group of countries, that are most closely aligned such as Saudi Arabia, the UAE, Egypt and Bahrain, and then adding more later.

He says there is nothing wrong with competition between hubs.

“The question is, if I am successful in the UAE, can I scale to Saudi or to Kuwait, or to Bahrain in a relatively seamless way?” Mr Al Rumaihi says.

Effectively, to scale up across the region, entrepreneurs must recreate their business under different regulations in different countries.

A more recent feature of the regional economy is a seeming return to large scale oil and gas exploration. Bahrain has announced its largest find in 80 years and is already studying the feasibility of developing these resources. Mr Al Rumaihi believes that regardless of any future oil and gas windfall, Bahrain will remain committed to developing its non-oil economy including the technology sector.

“We have to be careful that we don’t change the policies that I think in the long-term are healthy,” he says, using the example of the danger of going back to a policy of utility and energy subsidies, rather than pricing according to market forces. “Introducing VAT, correctly pricing resources, looking at the private sector to take on some of the load of the government, I think that is healthy in the long-term,” he says.

Bahrain has a historic commitment to diversifying its economy away from a reliance on oil, dating back to the 1960s.

“We have our massive oil find which will take several years to extract. There is also a conviction by our leadership that ‘let’s not divert from our path, that this is the right path’,” says Mr Al Rumaihi.