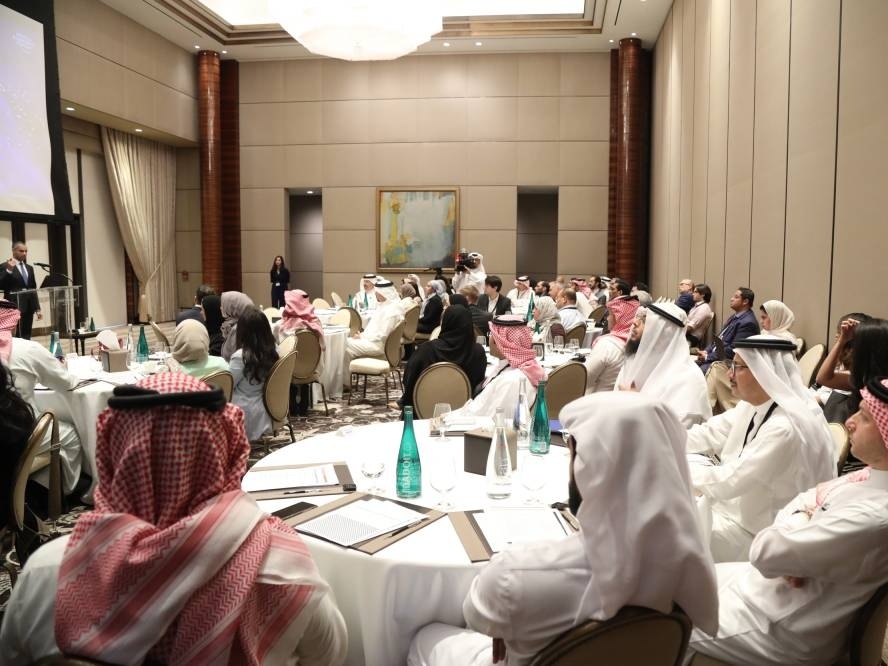 Guidelines developed by the World Economic Forum into how governments should procure artificial intelligence "present us an opportunity to learn and utilise how we should acquire and deploy" the technology, Ali Al Qaed, chief executive of Bahrain's Information and eGovernment Agency.

Bahrain hosted a World Economic Forum workshop on the future of procurement of artificial intelligence in the public sector, as the island nation gets ready for an AI boom.

The WEF guidelines "put in place an innovative and reliable method for the procurement process, drawing from the input of experts in the field, and maximising the benefits of science and technology for our society,” Mr Al Qaed said.

AI is predicted to contribute $320 billion (Dh1.2 trillion) to Middle East’s gross domestic product by 2030, according to a survey by the consultancy PwC.

The three-day workshop in Bahrain was organised by WEF’s Centre for the Fourth Industrial Revolution (C4IR) in partnership with Bahrain's Economic Development Board and the Information & eGovernment Authority, which is responsible for spearheading the Bahraini government's cloud-first policy.

This workshop followed WEF’s Annual Meeting of the New Champions at Dalian, China in July, where Bahrain announced that it will pilot new guidelines for the procurement of AI in the public sector, produced by C4IR. That time, it was jointly announced by WEF and the Bahrain Economic Development Board – the public agency tasked with attracting investment to the country.

“The readiness of Bahrain’s public sector for the social and economic development anticipated by the dawn of artificial intelligence is impressive,” said Eddan Katz, project lead - AI and machine learning – for WEF’s C4IR.

Bahrain is a world leader when it comes to the “testing, governance and regulation of emerging technologies”, making it the ideal partner for this WEF project, said Khalid Humaidan, chief executive of the Bahrain EDB.

“Governments around the world may be hesitant to adopt AI… but by working together we can create a model that truly powers the public sector into the next generation of technology,” he added.

Bahrain's adoption of AI technology can help grow its GDP by 8.2 per cent per year by 2030, according to a report on AI adoption in the Gulf by consultancy PwC.