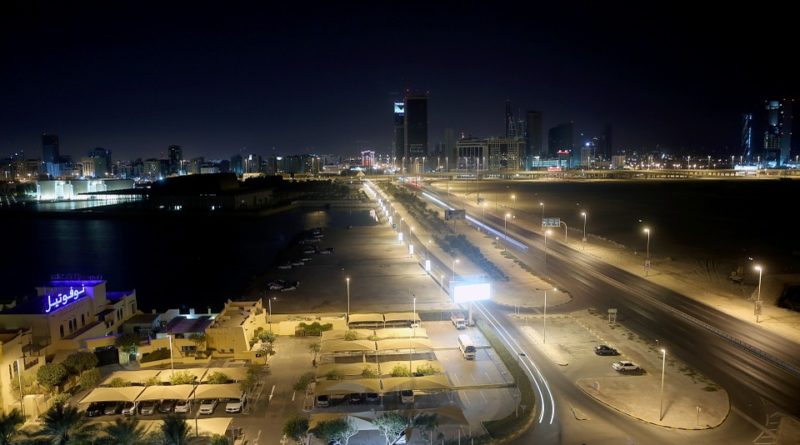 Bahrain is taking a regulatory sandbox approach to come up with a crypto regulation and has selected a total of 28 startups for the trials, meaning they can operate in the country to help develop the regulatory framework. More startups are expected to be approved because the application process is still active. Some of the startups already accepted into the sandbox or that have been running their tests in the sandbox already, include Cryptocurrency Trading Platform Hawala, BitArabia Digital Assets exchange, and SprinkleXchange, an initial public offering platform built using blockchain,. It allows both existing solutions and ideas to test the sandbox.

The sandbox could be a smart restart for a country that was once Middle East’s hub for financial industries. Last year, the country was bailed out with $10 billion by its Arab neighbors to support its economy, which has been suffering intensely since 2014 due to low crude oil prices.

The startups, alongside the central bank, will run the trials for a period of 9 months and will both use the trials to observe and draft a final regulatory framework, after the bank issued a draft proposal last December to potentially license and regulate digital asset and services. The startups can run trials of their products and services to a limited number of users and complete a limited number of transactions to test their operations.

Bahrain is one of the Gulf countries that heavily depend on oil reserves and the economies face huge difficulties when prices of oil drop substantially. The country is already struggling with heavy debt burden. The country, which started exploring blockchain use in 2017, has been endorsing its use in day-to-day life and last year started the initiative to train its community and form better blockchain strategies in its interest.

Bahrain may not be as close to launching own national cryptocurrency but may be closer to opening its economy through crypto and blockchain, by first making it legal like it is in almost 111 other countries.

The bank also, earlier this month, invited firms wishing to utilize their applications to test innovative financial products, services or business models across more than one jurisdiction, or rather in cross-border financial and non-financial business operations. The test would see firms trialing their services and products and scaling them across multiple jurisdictions and gaining real-time insights into how the products might operate in a cross-border market while protecting consumer interests. The test would be done in line with agreements made last year among GFIN network members. GFIN has a network of 29 international financial regulators and related organizations. Firms willing to participate in the pilot cross border tests should also submit an application to the the CBB’s Regulatory Sandbox before 28th February 2019.

Rain, a crypto trading platform based in Bahrain, has been operating in the CBB Sandbox and during end of January this year received a Shari’a compliance certification completed by Shariyah Review Bureau (“SRB”), which is licensed by the Central Bank of Bahrain as a Shari’a Advisory firm authorized to issue Shari’a compliance certifications. That means it was licensed to offer a Shari’a compliant cryptocurrency exchange in the region including being a platform that supports the trading of bitcoin, ethereum, and litecoin. The startup, which was to move out of the sandbox this year, allows customers to trade fiat such as BHD, KWD, SAR, AED, OMR, USD and trade crypto even with Android and iOS app. Plans were also underway to introduce custodial services and an OTC desk for institutional accounts in Middle East.

During working with CBB in the sandbox, the exchange, which was first to be admitted to the sandbox by the bank, secured multiple banking relationships with CBB-chartered banks.

Additionally, the country is set to host Fintastic Week from tomorrow February 24 to February 29, an event that could attract 1,000 delegates from the worlds of business, government and academia. It will be a time to reflect on the past, present and future role of financial fintech according to Victoria Behn, director of Middle East and Africa at Euromoney Conferences, co-organizers of the GCC Financial Forum. Apple co-founder Steve Wozniak is also expected to address the the eighth GCC Financial Forum between February 26-27 during the Fintastic Week.