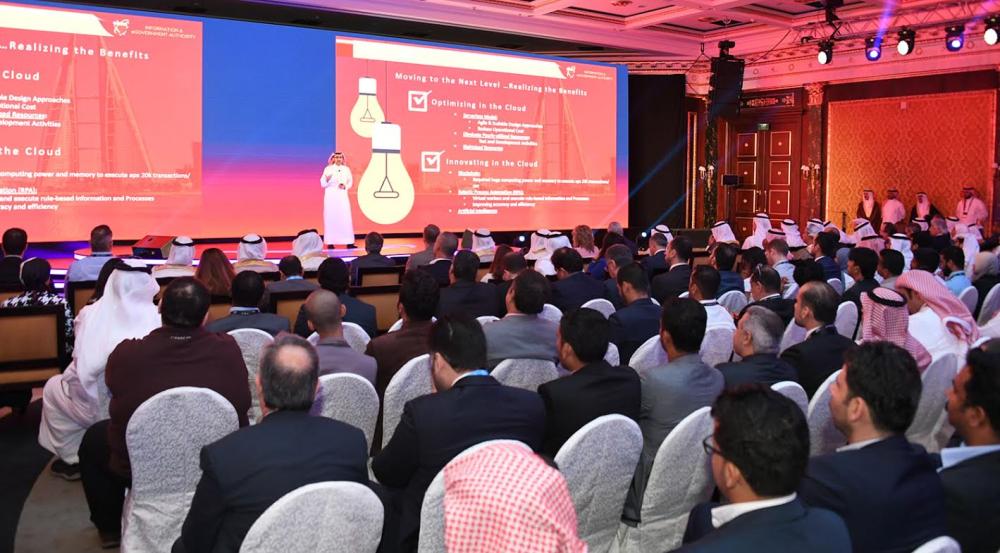 Bahrain to be the center of cloud computing

SOURCE: Saudi Gazette - Bahrain to be the center of cloud computing

MANAMA — “The mature level of progress achieved to date with the Kingdom of Bahrain’s cloud migration journey makes it a center of excellence for developing cloud computing in the region,” said Information & eGovernment Authority (iGA) Chief Executive Mohammed Ali AlQaed during his opening speech at the Amazon Web Services (AWS) Summit held in Bahrain recently. The event has been held here for two consecutive years. He added that Bahrain’s experience can provide capacity-building and knowledge-exchange with other countries as well as system development in a legislative environment that performs laws and adopts necessary policies for the success of the project. By 2019, the Kingdom of Bahrain will be able to successfully migrate around 40 government systems and more than 650 workloads to the national cloud with plans underway to migrate up to 1,000 workloads, according to AlQaed. He mentioned in his speech that with the cloud adoption, there would be an increase in the security level and at the same time a decrease in the expenditures. The Kingdom of Bahrain, in 2017 had announced a cloud first policy that would enable it to migrate systems to the Cloud following the best practices while adhering to iGA’s security standards and procedures. During the summit, Teresa Carlson, vice president, Worldwide Public Sector at Amazon, said, “Bahrain has been a leader in taking out barriers. It was the first in the region to have a cloud-first policy. We are getting very close to launch our first data center in the Middle East here in early 2019.” During her speech, she also mentioned that Tamkeen Bahrain, which is a semi-autonomous government agency, is launching a new cloud computing program that covers 100 percent of the cost of services from AWS. The summit had provided it visitors with information about AWS services and innovations and several educational sessions and discussion panels were held, including, building an ecosystem: partnership and programs for startup development in the Middle East. Several startups that are dealing with AWS and online businesses has talked about their experience such as, Saudi Arabia’s Al Tayyar Travel Group. Tarjamati online founder, a one-stop language translation shop, was another youth that talked about her experience. The summit was part of a series of technology events that are held in Bahrain in this week.

Bahrain to be the center of cloud computing