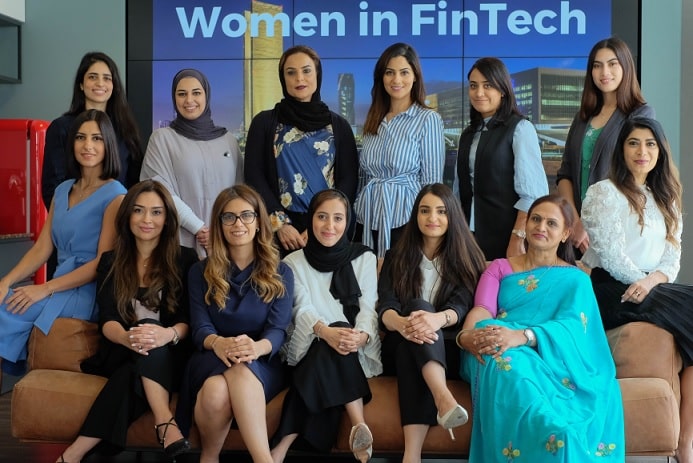 A unique, women-led initiative is poised to bring about a revolution in the financial services sector in Bahrain.

The idea for a Women in FinTech Initiative in Bahrain emerged as a consequence of the realisation by a group of women working in different roles in the financial sector that a platform was needed to empower and encourage more women to participate, Dalal Buhejji, the initiative’s Chairperson told Bloomberg Businessweek Middle East.

“We’d have a number of events, a number of gatherings all about FinTech, workshops, etc., and a certain number of women would always be present,” said Buhejji, Senior Manager, Business Development – Financial Services at the Bahrain Economic Development Board (EDB). “So we thought ‘Why don’t we formalise it? Why don’t we create an initiative to empower women and to support women to join this FinTech drive and ecosystem? There might be much more women working in this sector that we’re not aware of’.”

Financial technology, or FinTech, has been rapidly changing the global financial sector landscape over the past decade. After initially resisting the overtures made by FinTech pioneers, once the benefits of technology-enhanced financial transactions became apparent, banks, everywhere, began to acquiesce and, indeed, adapt to the demands of an increasingly diverse online consumer base. Some banks, Bloomberg reported in November, even operate FinTech accelerators – programs that provide office space with seed money – to unearth promising innovations they might want to adopt.

“The tech space, globally, is going to open up. Actually, it’s going to blow up in the next ten years and it’s going to be where most of the jobs and most of the innovations happen,” Hadyah Fathalla, the executive director in Bahrain for C5 Accelerate, an international technology investment firm with its headquarters in London, told Bloomberg Businessweek Middle East. Fathalla is also the Strategy Implementation Director of the Women in Fintech Initiative.

“So we want women to realise that, as they go to university and as they look for opportunities, they should want not to shy away from the tech space,” she added. “So we want to do some research and development (R&D) in this space. For example, everyone will tell you that 70% of science, technology, engineering and mathematics (STEM) graduates in Bahrain are women. But we’re not seeing them in the workforce.”

Bahrain, which is widely perceived to have a more inclusive, liberal society than its neighbours in the Middle East, was assessed in the 2018 HSBC Expat Explorer Survey to have improved its position to fifth-ranked country in the world for expatriate satisfaction, up from ninth in 2017.

Also, a KPMG report found that Bahrain has the most liberalized and competitive IT sector in the region. It also leads on most indicators for cost of doing business in the GCC region – a market worth $1.5 trillion.

“Bahrain’s entrepreneurship and tech ecosystem is being built as a completely collaborative effort. Initiatives such as the FinTech sandbox, Startup Bahrain, the Women in Fintech Intiative and, even C5’s women-in-tech platform, Nebula, all nurture the ecosystem,” Fathalla stressed.

Importantly, there are several women In Bahrain driving innovation in finance and making headway in the FinTech world, said Fatema Ebrahim, a public relations consultant and EDB board member, who serves as the PR and Communications Director for the Women in FinTech Initiative. “But there was one gap: you didn’t know much about their personal experience and their achievements so that makes it harder for other women to relate, collaborate and achieve more,” she added, in response to an emailed query.

Meanwhile, the rise and extremely quick growth of FinTech has given banks, even as they scramble to keep up with the demands of a rapidly evolving and demanding consumer base, a new headache: How best to regulate, tweak and rework regulatory frameworks as the phenomenon constantly breaks new ground?

“FinTech is accelerating faster than ever, resulting in a huge disruption to the financial services industry,” said Yasmeen Al Sharaf, Head of the FinTech and Innovation Unit at the Central Bank of Bahrain (CBB). “As a regulator, this calls for continuous monitoring of these innovations and technologies in order to put in place a conducive regulatory framework that fosters FinTech and innovations, while addressing the associated risks. This is a challenge that all regulators face: Trying to come up with a balanced regulatory framework that that ensures financial stability and protection, while not hindering innovation.”

Encouragingly, the EDB – itself boasting the enviable statistic of having a 61% female presence in its workforce, with 58% of its management staffed by women – has thrown its weight behind the Women in FinTech Initiative, granting it a charter as the network, still just a few months old, looks to start achieving set key performance indicators (KPIs).

“At the EDB, we believe that women will play an integral role in developing the future of the FinTech industry in Bahrain,” David Parker, Executive Director of Business Development – Financial Services, told Bloomberg Businessweek Middle East. “In order to create innovative teams, we must ensure diversity within our organisations, as this brings a range of perspectives to the workplace that could not be introduced in a homogenous working community. In turn, this will promote not only a more productive working environment, but also a variety of different ideas that will encourage the FinTech sector to grow.”

Interestingly, with the global finance landscape dominated almost exclusively by men, FinTech is seen as providing a unique opportunity to do away with the “men only” tag traditionally associated with the finance services sector.

“We are shifting from the traditional financial services industry to an industry where technology and innovation plays a big role,” Ebrahim said, pointing out that “… we are in a time when we are creating value, regardless of gender, background, colour, etc.”

And, even though the Women in Fintech Initiative is still at a very nascent stage, Buhejji has big plans for its future.

“We are in discussions with neighbouring countries to see if they can be part of the [Women in Fintech] initiative, and if they do plan on having one, to also collaborate with us,” she said. “The whole idea is to empower women in the GCC, and MENA and the wider region. We don’t want to limit it to just Bahrain.”

Also, said Al Sharaf, “the aim [of the Women in FinTech Initiative] is not to create a divide between genders but to create a healthy balance and level playing field. And, by the way,” she added, wittily, “men in FinTech are always welcome to participate in our events!”