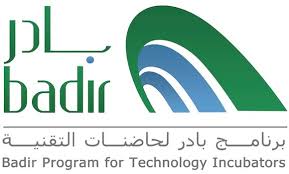 Riyadh: 13 November 2017 - Badir Program for Technology Incubators – one of King Abdulaziz City for Science and Technology projects, announced that Mathaqi App has been accepted by the program as an incubated project and it is a smartphone application specialized in home-cooked meals online delivery, which aims to support productive families and create additional channels to improve the income of such families.

Mathaqi App uses modern techniques to reinforce the role of productive families in the economic sector and promote the products in a way to benefit and improve the financial status of the family and its community, by marketing home-cooked meals prepared and delivered to the client's right to their door. Since its establishment earlier this year, this project contributed to the creation of more than 80 new job opportunities for women, knowing that the monthly average income of one productive family reached around 4000 riyals.

Nawwaf Al Sahhaf, CEO of Badir, stated: “Mathaqi app was incubated since it is a technical and innovated commercial project which is addressed to the productive families and the consumers at the same time, and which is based on the smart shopping concept to enable the families in the society to take part effectively in the economic sector and promote family products, while creating new job opportunities, achieving financial returns to them and consolidating the capacities of women in the field of entrepreneurship”.

He further pointed out that the project will benefit from the support offered by Badir, namely the development of the skills of the project owner in terms of understanding the administrative and financial aspects of the project, accessing the target market, and helping her in the marketing and promotion process and in reaching the appropriate funding channels.

On her part, Nouf Alsaleem, the founder of Mathaqi App, stated that the application is an intermediary between home chefs and consumers, of which more than 80 productive families in Riyadh are currently benefitting, and she added that the coming months will witness the finalization of the extension plan in the main regions of the Kingdom with a view to serve all productive families that are specialized in preparing homemade meals.

Alsaleem praised the efforts of Badir Program and its role in supporting and sponsoring Saudi inventors and innovators, and helping them convert their technical ideas into successful commercial projects that would serve their interest and contribute to the development and rooting of technology in the Kingdom. She further confirmed that the interest of governmental entities in enabling productive families reflects the Saudi vision 2030 aiming to support productive families and urge the non-profit sector to work on building the capacities of such families and financing their initiatives.

Finally, it is worth mentioning that Mathaqi project won recently the Saudi Entrepreneur of the Year award for the best app for productive families in 2017. It has also won the award of the best startup company in the Gulf by public voting at Seedstars GCC conference, held in Bahrain early this month.