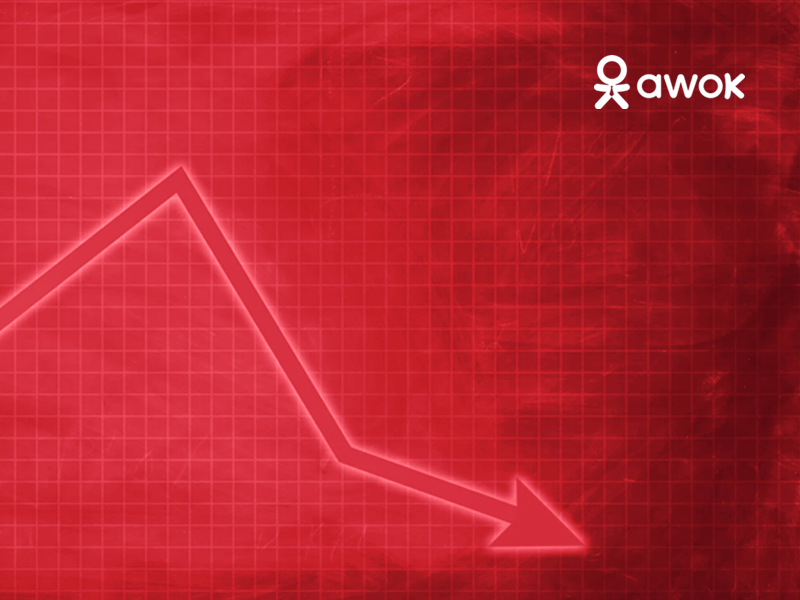 From Series A to a series of downfalls

Awok, a UAE-based integrated e-commerce startup founded in 2013, had the vision of creating a solution for the problem incurred by everyday customers when faced with a choice of a good product or a good price. An ambitious, but realistic goal, the startup believed, “Since inception, we have strived to never settle for something less than perfect in both areas; be it the product quality or the price; we have done it successfully in the past and will continue to do so.” The company went on to be ‘successful’ indeed when they raised $30M in a Series A funding round back in April 2019, its first external investment round after bootstrapping for several years.

From an outsider's perspective looking in, it could have been assumed that Awok was on the up-and-up, but as of recent events, it’s become increasingly clear that this was far from the case. As of September 2020, the startup has ceased all operations. A short statement on their website reads, “After seven incredible years of saving money for our customers by creating regional business and a platform for our suppliers and sellers, we are sad to inform you that given the current global situation it left the company no other choice than to close its platform for good.

“The ambition of the company was to bring choice and affordability to everyone in the MENA region by building infrastructure and platforms to enable businesses, but this ambition did not survive the current business environment to come to fruition.”

Customer reviews on Awok’s Facebook page are flooded with complaints going as far back as 2016, prior to their $30M fundraise. “Awok is fooling customers!”, “They display low prices to attract users. Orders are cancelled after 14 days with no explanation.”, “Totally unprofessional people, very poor delivery time, no response on complaints raised, and worst customer service.”

This very public shutdown of a startup in the region is rare and begs the question - how important is the raising of funds to a startup? Is this the metric we should base a company's success on? Why do we assume that multi-million dollar funding rounds mean multi-levelled triumph? And was it really the current climate that led to the startups' untimely demise?

We caught up with three former employees of Awok who deep-dived into these questions and many more, providing their authentic and open insights into what really went down before the startup's curtains finally fell.

We have kept employee names anonymous as per their request.

What has been the best thing about working at Awok? And how would you describe the working environment?

“The challenging working environment, exposure to implementing innovative ideas for the growth of the company during the initial stages made my early days memorable. However, the employees were micromanaged, with no rewards for the good work done, yet criticism for failure was very quick.  Employees walked on eggshells to avoid being targeted by a set of managers, who never addressed genuine concerns.”

At what point did you notice that Awok was going down a path of no return? Did you hold out for hope that things could improve?

“When we stopped receiving responses to our pending salaries, I knew things were going downhill. Although we did have hope as we had faced a similar situation in the previous year when our salaries were eventually paid.”

“The company survived the first phase of cash crunch, which was a result of mismanagement and subsequently received investment. Even after the investment deal was struck, employees' financial requirements were not given importance and that gave an indication that the intent was not right. Along with many other employees, I also kept my hopes alive thinking things will get back on track, but unfortunately, all efforts went in vain.”

How would you advise the management at other companies who might be in a similar position to turn things around?

“The problem with Awok was the lack of transparency and communication. Employees had no clue about the company's vision and way forward. The show was managed based on the CEO's will. I believe communication and transparency is the key to any organisation's success.”

“Listen to your employees and their call for fulfilling basic needs and provide respect to your customers.”

To what extent do you believe COVID-19 played a role in the demise of Awok?

“COVID-19 played simply a secondary role in the demise of Awok. The issues had started months before the pandemic.”

“COVID-19 has been a blessing in disguise for AWOK. In my view, Awok's fall has nothing to do with the current crisis. On the contrary, this was an opportunity to overcome the cash crunch but it seems that there was no intention to come out of the mess it created by not paying employees and suppliers. If I connect the dots, it provides a feeling that this was all pre-planned.”

What do you think could have been handled better?

“There needed to be strong and sensible leaders with empathy for their subordinates, with better utilisation of capital to improve customer satisfaction as well as employee satisfaction. Awok should have avoided cheap politics and ego clashes.”

How important do you now believe raising funds are for a startup?

“I believe it’s extremely important to raise funds, alongside being sensible in managing and utilising these funds for the growth of the company.”

“Raising funds is important for startups, but at the same time, setting realistic milestones and creating a conducive working environment is equally important for growth and sustainability.”

Ultimately, who do you believe is to blame for the failure?

“My belief is that the mismanagement of power and resources in the company caused its failure and nothing else.”

What positives do you think the startup ecosystem, and you personally can take away from this experience?

“When you are running a company, you should always listen to your employees and what they are feeling. If they are not in good shape, this will soon be reflected by affecting other areas of the business. There are life lessons that can be learned from this incident with regards to fund management at both an institutional level and on a personal level that I hope others can learn from.”

In the end, it's clear that there were a series of failures and internal issues that led to Awok's downfall. Is this a pressing problem in the region? No, but what we can all learn from this case is that capital does not necessarily equal success, and supporting the employees who put their all into growing your business, is crucial.

Pakistani startups saw $18M invested in H1 2020, with the overall number of deals increasing by 13% to 17 deals from H1 2019, illustrating the potential of Pakistan to become the next big South Asian entrepreneurial hotspot. Discover more trends in our H1 2020 Pakistan Venture Investment Report.

From Series A to a series of downfalls