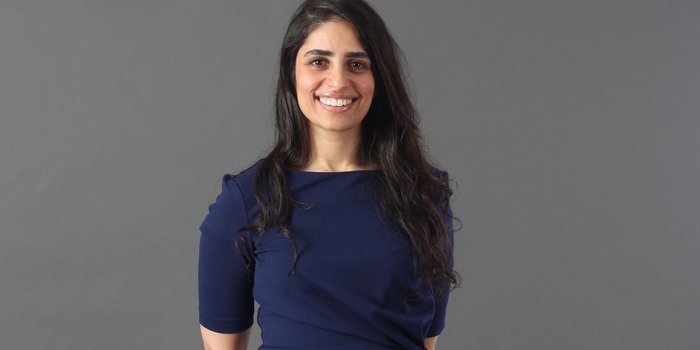 “Look what Bahrain did, they were able to build a program that was ultimately able to build the venture capital capacity in Bahrain, and across the region.” That’s Areije Al Shakar, Senior Vice-President and Head of Development Services at Bahrain Development Bank (BDB) and the Fund Manager at Al Waha Fund of Funds, imagining how people would be talking about her country in ten years’ time.
It sounds like an ambitious dream for a country that is often described as the smallest of the GCC economies; however, in recent years, Bahrain’s startup ecosystem has benefitted from a number of significant initiatives and reforms as part of the country’s Economic Vision 2030 initiated by HRH Prince Salman bin Hamad Al Khalifa, the Crown Prince, Deputy Supreme Commander and Chairman of the Bahrain Economic Development Board (EDB). These include a reduction in the minimum capital required for starting a business, measures to enable onshore crowdfunding in conventional and Sharia-compliant finance, and the introduction of a regulatory sandbox. Nevertheless, until last year, one important part of this puzzle was still missing. “One thing that we always hear, and something that always comes up for startups, is access to funding,” Al Shakar tells me during our chat at the Unbound Bahrain event in Manama last March. “The fact is that funding exists in the region, but investors also need to be encouraged to support those opportunities. We come from a region where the traditional asset class is investing into things that are real estate -things that you can touch and feel- but with venture capitalists, it’s all about trust and belief, and that whole belief that technology will revolutionize whatever industry you are investing in. Venture capitalists also need that support, they need the ability to breathe. And they need partners.”

In June 2018, BDB announced that the Al Waha Fund of Funds had successfully closed its US$100 million fundraising round, making it the first active venture capital fund of funds in the region. The fund’s purpose is to provide additional capital to innovative and technologydriven startups in Bahrain and across the Middle East through venture capital funds currently established in Bahrain as well as by attracting new funds to the region. “I think we are lucky because we are small and agile,” says Al Shakar, responding to what armed this small Gulf island to fight for an asset class that many investors still fear. “Other countries in the region are doing it as well, but they are larger economies with a lot more stakeholders, so it might take them a little longer. But that doesn’t mean they aren’t doing it, because right now, we are in discussions to collaborate, as each one of us wants to build the region. If a company in Saudi gets funding and wants to expand into Bahrain, that’s a success, regardless of whether it’s for Saudi or for Bahrain, it’s a success for the region. I always say that Bahrain might be great for one startup, but for another startup, it might be better to be in Saudi, and ultimately, each person will find what they are looking for. What I can say about Bahrain is that we are efficient, fast, agile, we have talent, and, at the same time, we have the ease of living. Because, sometimes, when a startup comes, it’s not about just the company, but that they are bringing their whole family over here.”

The fund’s limited partners include Bahrain’s sovereign wealth fund Mumtalakat, National Bank of Bahrain, Batelco Group, Tamkeen, and Bahrain Development Bank, which serves as the general partner managing the fund. “All of us came together, put the $100 million together, because ultimately this is the asset class of the future,” Al Shakar reiterates. “Regardless of whether you are the big guys, such as the sovereign wealth fund, or you are the smaller one, like Bahrain Development Bank, the venture world is important. Also, regardless of whether you are tapping into identifying innovation and the next in-class products or services that could disrupt you as an organization or an incumbent, it is ultimately about diversifying your investment pool.” The idea has been well tested– decades before Silicon Valley became known as home to the majority of the world’s unicorns, the US government had been one of the biggest customers of the research projects carried by Stanford professors and students which, eventually, led to creating ideal economic conditions for technology innovation and business growth and diversification that Silicon Valley is known for today. “Our fund does tap into the emotions of the people, in the sense that Silicon Valley started out with the support of the government. And another beauty of Silicon Valley is that they have a local talent mixed in with foreign talent, so when we get a question here: ‘Oh, but how are you controlling the competition? How are you protecting the locals?,’ I always say that it’s not about that, because the best of the best will survive in any type of environment, but it’s about creating opportunities [for everyone], and about the fact that in Bahrain, you will always see a Bahraini working in a team with a non-Bahraini [and vice versa].”

The formula for this new initiative is simple: the Al Waha Fund of Funds will distribute financing to existing global and regional VC funds, which will further allocate funding to startups. The fund has already allocated 45% of its inaugural $100 million to venture capital firms, namely BECO Capital, Middle East Venture Partners, Wamda Capital, 500 Startups, and European fund manager Finch Capital, and aims to deploy the remaining part within the next couple of years. “So, with this $100 million, we are saying that it’s not just us investing into a regional venture capital fund, or funds that have a regional angle -although it is true that we are ultimately trying to build the region- but that we can do much more for them [partners from abroad],” Al Shakar says. “When a venture capital firm comes to a country, not only do they want money (because the truth is that there is money everywhere), but they want tration, which is the EDB, or with creating and coordinating their deal flow, identifying talent, and so on. Also, we can give them business partners. If their portfolio companies are looking to expand in the region, we have the EDB to support them straight off the bat. It’s kind of becoming a platform to help venture capitalists fund managers not only to be able to get that fuel, but also to scale them up and help them succeed in building their portfolios.”

Bahrain’s open arms position towards startups has been shown through many programs of the Bahrain Development Bank, including Rowad, a program launched in 2015 to offer coaching, training, mentorship, incubation, and funding of up to $66,000 (BHD25,000) through its accelerator for early-stage startups Seed Fuel. SeedFuel currently has seven portfolio companies of which three have received follow on rounds of funding with the support from the BDB Rowad team. Furthermore, Rowad hosts a number of incubators, including the Bahrain Business Incubator Centre (BBIC), Bahrain Women Incubator Center (Riyadat), and the ICT Incubator Rukn.me. Other initiatives the country has enacted include Flat6Labs accelerator program, an initiative of Bahrain’s employment fund Tamkeen in partnership with Cairo-headquartered Flat6Labs, or a new national bankruptcy law which was brought in last year, and all of them, Al Shakar says, have given results. There is no reason, she adds, to expect the opposite from the Al Waha Fund of Funds. "What we are seeing already is that people want to do this, meaning that family offices are creating funds which they are calling micro or mini VCs to tap into this asset class,” she says. “That didn’t exist two years ago. Actually, now people are quitting their jobs and saying: ‘You know, we want to create our own VC, and come together as brothers and sisters to ultimately start our fund.’ What happens next is about the culture- the best VCs will stay alive and they will continue, and they will attract the best deal flow. And there will be other ones who will die off. That’s how I see it.”