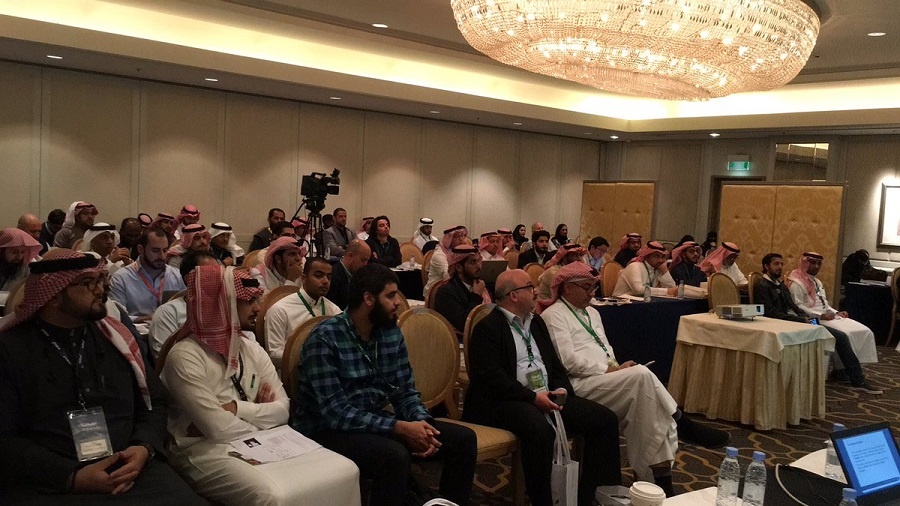 Saudi Arabia is rising fast as an entrepreneurship ecosystem and events like Arabnet Riyadh are providing a platform for those in the sector to showcase their goods.

Arabnet CEO Omar Christidis said in his opening speech they wanted to shed light on the latest trends and opportunities in the Saudi market.

“A major change has occurred in the last five years, and the Saudi digital media in particular has seen a lot," he said.

Wamda Capital managing partner Walid Faza told Wamda he’d seen many promising startups during the conference and noted that there was plenty of support for them in Saudi Arabia.

“The entrepreneurial scene there is growing and is seeing the integration of different players, whether the private sector or the public sector,” he said.

The fifth Arabnet in Riyadh was held over December 12-14, and more than 1,400 people attended.  The first day hosted a Techfair and a Design+Code Day; the second and third days hosted panels and workshops around changing the kingdom’s oil based economy and around entrepreneurship in the country

Saudi women to the fore

It seems that women have started to integrate more and more into the entrepreneurial scene in Saudi Arabia, although women only made up 13 of the more than 80 speakers and six of the entrepreneurs participating in the competitions.

“Formal supporting committees, even women entrepreneurs need to change some stereotypes,” said Maha Taibah, founder and CEO of Eradah. “It is easy for a woman to contribute in information technology because it’s a flexible sector [where remote work is possible]. We hope to see a lot of women entrepreneurs in this field.”

Faza said the participation rates for women in entrepreneurship were “really good”, and importantly they’d started participating and talking about their ideas and their activities.

Government representatives were on hand to explain their many plans and programs to turn Saudi into a non-oil based economy.

Mazen Aldawood, acting CEO of theSmall and Medium Enterprises Authority (SMEA) said they helped startups access funding, while AbdulRahman Aljadhai, CEO of state-owned software corporate Elm, said the governmental sector was trying “to keep up with evolution in bridging between technology and services, and easing communication between the private sector and individuals”. Such projects include Elm’s ideas bank as a way to revive innovation in the company, and the Bahr platform, launched by the SMEA and the Human Resources Development Fund to help connect freelancers with job owners.

The competitions at ArabNet Riyadh were an opportunity for startups to appear on stage in front of a big audience.

Abdullah Alghadouni from beauty services directory Spoilee said he signed a preliminary deal with an investor right after their pitch during the Startup Battle. “The ecosystem in Saudi Arabia keeps on evolving. You can tell when comparing the first ArabNet forum in Riyadh to this one when it comes to participation, public and private sector, that there is obviously a growing interest in entrepreneurship.”

In a King Abdullah University of Science and Technology (KAUST) hackathon the first prize went to electronics repair company Warsha.com; the second to Ranam, a startup that helps people learning traditional Arabic music instruments, and third to a team called Medical Wrist Band.

“This event was helpful, in getting exposure and meeting investors and entrepreneurs,” said Sihatech CEO Ahmed AlBader. He said winning came down to knowing how to pitch and explaining what the startup did.

Faza, who was also on the judging panel of the Startup Battle, said the “teams were excellent, the shows were good and well prepared, and entrepreneurs knew what they were doing. They told you how they intend to make money, which was great.”

However, Faza also said the ideas were vague, unclear on marketing and sometimes repetitive. He advised focusing on a niche and the proposed value before adding other services, in addition to finding real solution for the country’s problems, instead of copying the ‘Uber model’.