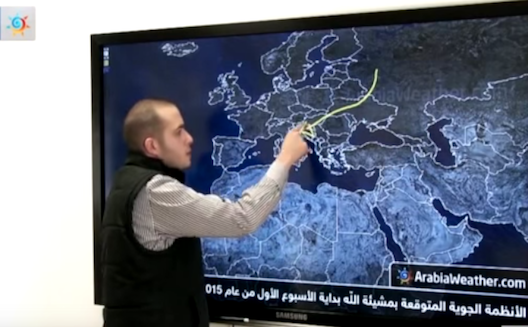 ArabiaWeather closes a round of $5M

It is among the largest venture capital deals in the region this year, and follows the $2.1 million it raised towards the end of 2014. This latest round is led by Badia Impact Fund and Wamda Capital, and includes DASH Ventures and Dubai-based Jabbar Internet Group.

"The size of the two rounds are very promising for ArabiaWeather. It shows a lot of interest and belief in the vision and the team to execute on their plans,” said Walid Faza, Partner and Investment Principal at Wamda Capital. “This investment is indicative of the change that we are witnessing in the region when it comes to Venture Capital funding.”

With more than 35 million consumers in the region, ArabiaWeather will primarily use the cash to increase its weather data offerings for businesses and consumers.

The aviation sector is particularly important to ArabiaWeather, whose clients include regional airports and several Emirati, Saudi and Jordanian airlines.

ArabiaWeather is developing integrated industry-specific solutions for the aviation sector. Its offerings can help businesses that are affected by weather conditions - like airports and airlines - to reduce costs, enhance safety and boost efficiencies.

The company is also expanding its network of automated weather stations across the region, which form the backbone of its products and services, namely hyper-local weather information.

“The funding is fully dedicated to further growing the company, which has established an exceptional track record as a premier provider of highly useful weather information in the region,” said Khaled Talhouni, partner at Wamda Capital.

ArabiaWeather is true success story for the MENA region. The Jordanian startup’s proprietary algorithms and numerical models allow it produce customized weather information that is more accurate for the MENA region than that of giants like Yahoo.

“We were thrilled with ArabiaWeather’s development since our initial investment in 2014, so we decided to lead the company’s Series A round alongside Wamda Capital, Jabbar Internet Group and DASH Ventures,” said Namek Zu’bi, Badia Impact Fund managing partner, in a statement.

This news comes midway through Dubai Air Show 2015 where several of ArabiaWeather’s airline customers also made announcements with their partners at GE. These include Emirates signing a $16B GE9X engine services contract, the celebration of one million cycles (one cycle consists of one take-off and one landing) with the GE90 engine on Emirates, the signing of agreements for 777 freighters, and the opening of the GE Middle East Aviation Technology Center, which will act as a software co-creation hub for all the airlines in the region.

“The rapid growth of our company over the past years has clearly indicated the ever-growing demand for forward-thinking, accurate weather solutions in this region, and we are excited to see our hyper-local products thrive,” said ArabiaWeather CEO Mohammed Al-Shaker.

ArabiaWeather closes a round of $5M