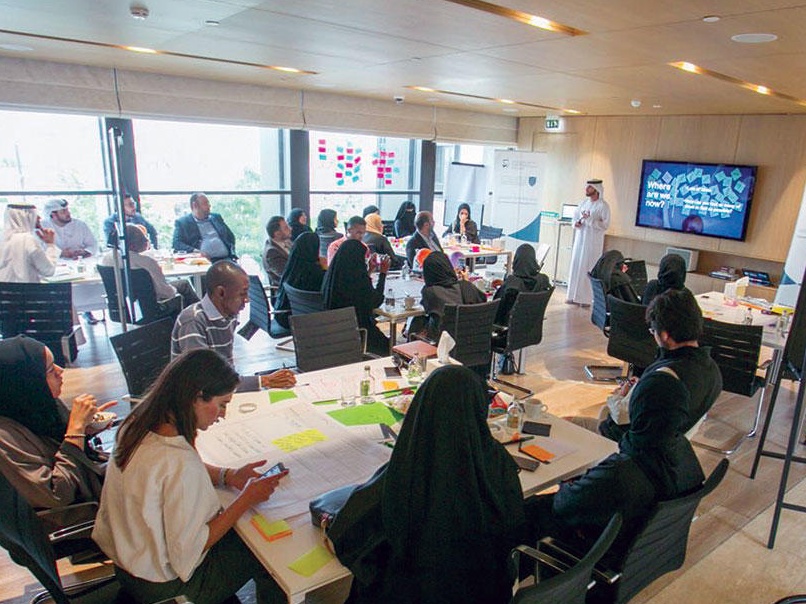 It’s no secret that tech startups can play a huge role in keeping the Arab economy in order in the upcoming years. But to unlock their full potential, a positive and supportive ecosystem is mandatory.

The visible success of Careem, known as the Middle East’s Uber, has shown that the Arab tech startups have what it takes to reach the global standard. The recent $3.1bn deal between Uber and Careem has drawn quite some attraction.

This one deal is way bigger than the $900m invested in 386 startups from different corners of the Middle East in 2018, which in itself is 31 percent more than 2017.

These figures can make the emerging startups quite hopeful, as demonstrating new technology for the Middle East market is finally yielding results. The companies are generating enormous value, and the governments are providing with all the support in the world with progressive policies. The growth is fueled even further with venture capital funding, skillful workforce and the growing regional market demand.

When such growth is on the horizon, tech startups require a nest for their operations. For example, Silicon Valley’s entrepreneurial ethos has boosted the growth of so many startups, 49 of which ended up becoming enlisted in fortune 1000 companies. The Middle East is following the same path. Similar ethos is being created in UAE and Bahrain; Egypt and Lebanon are not far behind.

Start-up ecosystem can’t be created without proper support from the government. According to Arabian Business, Bahrain’s digital economy will surpass $419m within 2021. Bahrain is already working to get rid of the red tape associated with new business openings. Government services are now available online too.

The Kingdom is already ranked fourth in UN’s global index for telecom infrastructure. It’s not long before Bahrain becomes one of the world’s first places to see the benefits of 5G, which is expected to be 20 times faster than 4G. Visa and work permit have been made more flexible for the foreign investors and workers. And most importantly, utility rates and infrastructure costs in this country is still among the lowests in the region.

All these factors have made the kingdom very attractive for foreign investment. Operating an ICT business in Bahrain is 16 percent cheaper than the rest of the GCC. Rise Capital, a leading emerging markets internet investor has addressed Bahrain as a Middle Eastern tech hub, in the same brackets with Singapore in South East Asia. The $100m Al Waha Fund of Funds has allocated almost 45 percent of its endowments already.

Morocco has created the $72.5m Innov Invest Fund, with assistance from the World Bank. This is a part of the country’s Caisse Centrale de Garantie (CCG) strategy, which has disbursed a hefty sum of $4.8m to 68 startups over the course of past two years. Likewise, Lebanon’s Circular 331’s aim is to halt Lebanese brain drain with $400m start-up funding.

For a start-up ecosystem to flourish and prosper, social inclusion is a must. As the Arab world is going through a transition period, this is the right time to do so. The Arab governments are willing to go out of their ways to ensure this. Arab women are more educated than ever before, and their entrance in workplaces has massively increased.

Recent reforms in Saudi Arabia are making women more productive, while UAE is already quite ahead on this metric. 43 percent of all women in the UAE workplaces hold bachelor’s degree, which is 20 percent more than men. The tech industry is enjoying the fruits of women empowerment, with 70 percent of all coders being female. Countries like Saudi Arabia, Bahrain and UAE have 100 percent internet penetration, making their respective markets simply perfect for tech startups.

It is hoped that more regional companies will take inspiration from Careem’s success, and the ecosystem will provide them with full support.