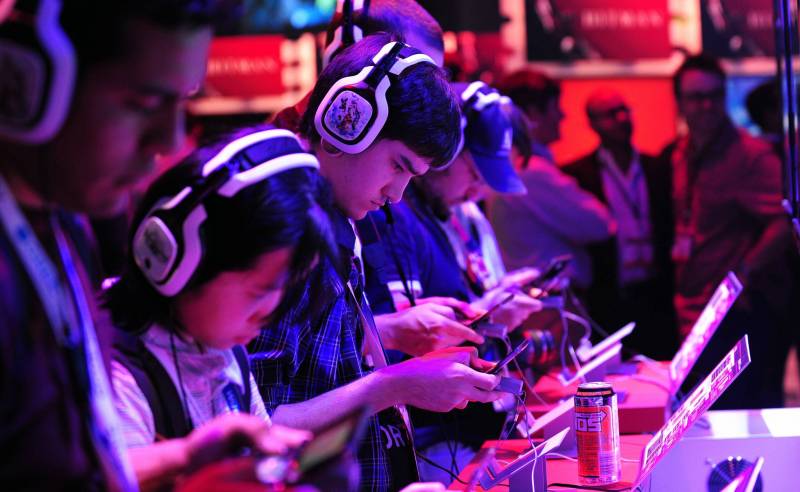 Apple looking at the long haul on the gaming industry

SOURCE: An-Nahar - Apple looking at the long haul on the gaming industry

BEIRUT: When people think of game companies, the names Nintendo, Sony, Microsoft, and others come to mind - but Apple Inc. wouldn’t even be on the same page, let alone category, and for a pretty good reason.

People can drop a large sum of money for the brand new iMac pro and only have a decent gaming machine, due to the fact that their products are not upgradable.

“We can play games on Apple products, the same way a smart car can drive cross-country, sure it’s possible, but kind of by accident,” Hisham Allawi, CEO of UAE-based game development studio GameDust, told Annahar.

Allawi considers that Apple may have far more resources than Microsoft or Sony, but if they want to delve into the realm of gaming and conceive a special platform for it, then it should be in their strategy, “but right now, they just don’t, or at least that’s how it looks.”

For many people computers are just Facebook, YouTube, or email machines, thus making a phone or tablet increasingly good enough with their recent technological developments. “The current trend is portability over performance, which isn’t so good for the PC market,” Allawi added.

However, there is one big exception: PC gaming.

“It has all the characteristic of a tiny niche market, but it isn’t, it’s actually growing,” he added.

According to a report by Jon Peddie Research, the PC gaming hardware industry has been on an upward heel since 2016. “The market for pre-built gaming-focused PCs, which includes upgrades and accessories, such as input devices and audio/communication systems, exceeded $47 billion for the first time year,” the report by JPR said.

And it’s not a surprise; many gamers buy parts to build their own customized machines and regularly upgrade them to keep up with a myriad of yearly new releases, saving a lot of money and for companies, these profit margins are pretty low.

“It just doesn’t fit Apple’s strategy,” according to Roger Hakim, COO of an early stage Lebanese-based gaming studio ShootFirst, who considers it to be Apple’s nightmare.

“Apple will pass on billion dollar industries without batting an eye if they don’t have something significant to add to it,” Hakim told Annahar.

He explains that, for example, a chart of Android phones dominating the global market looks terrible for Apple, but “they really don’t care, because of the profit they generate per phone sale.”

But looking at the matter from a deeper perspective, Apple may be dipping its toes in the gaming market from a different, yet indirect approach.

When people think of gaming, a PC or console comes to mind; but the trust is, and for even more people, it looks like a Smartphone. Mobile gaming is a 46 billion dollar market, according to Newzoo, a global market intelligence firm specialized in the gaming industry, a market which is growing to be more profitable than PC and console games, even global box office sales.

“On any given day, Candy Crush alone makes 2 million dollars, while a game that’s popular as Fortnite is expected to make half a billion dollars in 2018,” the report said.

It’s worthy to note that Apple takes a 30 percent cut from all App Store revenue.

“People might be thinking that Apple just stumbled into this, and they are no more a game company than an Internet service provider is a YouTube company,” Allawi said.

However, the App Store isn’t just another store; it’s really the game store. According to Newzoo, Apple’s App Store is 25 percent games, more than any other category it hosts, “Last year, they redesigned the entire store to emphasize them, and game developers love the store just as much as the store loves them,” Allawi added.

Good games are expensive to make, even what seems like a simple one, may require a team of programmers, others for art, music, writing, and marketing; just like movies, games are a huge upfront investment with a ton of risk.

The difference, however, is the promise of digital goods; meaning that once a game is made, there are no transportation, manufacturing or starting costs. One game, one click, and now accessed and downloadable by millions.

But it’s not all that easy.

Apple looking at the long haul on the gaming industry