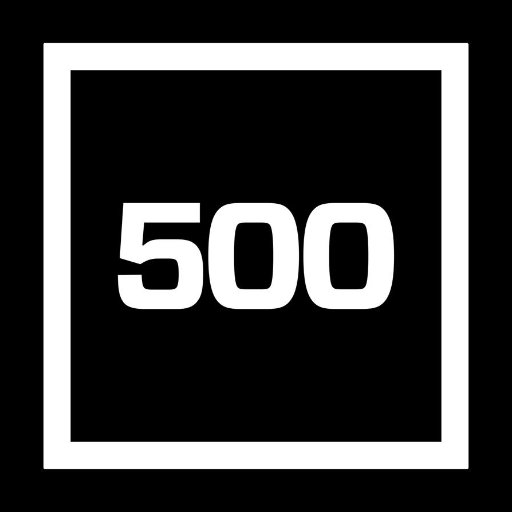 Today, I’m thrilled to announce the first closing of our 500 Startups MENA Fund (aka 500 Falcons) at $15M out of our $30M target. While we have been investing in the MENA (Middle East and North Africa) region since 2011, including 55 deals in 32 companies for a total of $6M, this is our first fund focused entirely on the Arab world.

With this new fund, we plan to invest in approximately 100-150 companies with about half of the fund and reserve the other half for follow-on investment in the top 20% of companies. The fund will focus on early-stage startups in the MENA region, MENA diaspora founders and non-MENA founders targeting MENA.

I’m so thrilled to announce that Sharif El-Badawi has joined the team as a Partner for 500 Falcons.

Sharif joined 500 Startups as a Venture Partner in February of 2016 while he was still at Google and the Chairman of the leading global non-profit bridging MENA entrepreneurs with Silicon Valley, TechWadi. He left his role at Google after nearly 7 years this past September working with some of the top startups and VC funds in Silicon Valley to focus his time and attention on investing in MENA startups. He’s already been a great help to the startups in our portfolio and an asset to the team. Prior to Google, Sharif was with AdMob, which sold to Google in 2009 for $750 million, and a serial entrepreneur, advisor and investor in Consumer Internet startups since 1998 having jumped into his first tech startup, Website.com. Sharif brings almost twenty years of product, business development, marketing, and sales experience to the 500 portfolio.

We’re also actively recruiting for our team in the region, with plans to have people on the ground in our key markets such as Saudi Arabia, Egypt, and Jordan amongst others.

Who Are We Working With?

I’m pleased to announce that among our LPs for the first closing are 2 highly respected regional institutions, the Qatar Science and Technology Park and the Oman Investment Fund. In these LPs we have found partners that will help us achieve our mission to support and invest in startups and build ecosystems in the MENA region. I truly believe that thanks to LPs such as these we’ll have a significant impact on the regional ecosystem.

Along with our partners at QSTP, we are bringing our Series A Program (formerly known as our Distro Dojo) to the region as ‘Doha Dojo.’ Once a year, we will be working with some of the top MENA startups at the Series A level to bring them to Doha with some of the best growth hackers in the world to help build a growth mindset and support them in their growth. More information on our first batch is coming soon and investor day is taking place on May 23rd in Doha. If you’re a Series A investor and interesting in joining, please get in touch with Ms. Ghada Darwish at[email protected].

In Oman, we are engaging on an ecosystem building project in partnership with the Oman Investment Fund through the Oman Tech Fund. This year we’ll be advising and supporting the Wadi Accelerator program in Oman with knowledge transfer, capacity building and a cadre of mentors. In addition, we’re working on a unique event, Geeks in a Wadi, the first event of its kind, with further details to be announced soon.

Why Are We Doing This?

The region has long faced political and economic uncertainty, and a growing younger population that is looking to take charge and change things with their own hands. These youth have access to the same global wealth of information as anyone else. If they so choose, they’re capable of achieving the same things anyone else in the world is.

The Middle East and North Africa are among the last large regional ecosystems to rise up, and emerging markets tend to leapfrog adoption of innovations and technology at higher and higher frequencies. Being a latecomer does not mean staying behind, and the Arabic speaking world is 500 million strong – young, resourceful, wealthy and a yearning to thrive.

Top 5 Reasons MENA is a Must Bet

Bonus (coming soon): Surge in investor interest and options for progression from seed to exit

According to MAGNiTT’s State of MENA Funding Report, 2016 saw nearly $1B of venture capital investment into regional startups, a 424% increase over the previous year, and arguably a flat year due to the fact almost all the VCs were fundraising, including us. Sorry founders, but 2017 is looking very strong! We hope that our 40+ deals/year will boost early-stage startup growth and encourage more angel and venture capital to flow in.

I look forward to 500 Startups playing a significant role in building ecosystems across the MENA region, and investing in the best founders solving real problems. I hope that our deal volume and speed will provide at least a small boost in funding activity at the earliest stages and even encourage others to do more deals as well. I’m grateful to the other investors and key stakeholders in the region who are fighting for the same cause. Progression is key for entrepreneurs and they need optionality of capital sources at all stages in their startup and scaling. We’re all aligned in that we want to create more companies and help those companies grow.

Here’s to building world class startups from the Middle East, creating jobs, solving real problems, empowering the youth, women and anyone who wants to effect real change to better their surroundings, and generating a positive return on capital while we’re at it!