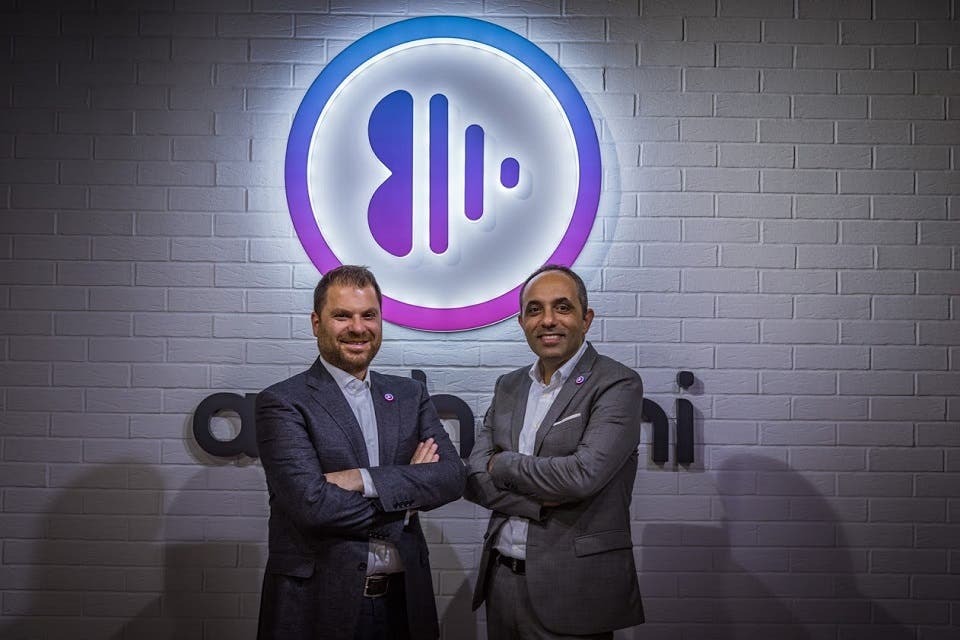 Anghami, the region's leading music-streaming platform, will be listed on New York's Nasdaq stock exchange as a result of a merger with Vistas Media Acquisition Company Inc. - a blank-check company, it has been announced today. Anghami is set to become the first tech company in the MENA region to be listed on a US stock exchange using a SPAC vehicle.

The transaction, which is expected to close in Q2 of this year, includes a $40M funding commitment from UAE-based VC and existing investor, Shuaa Capital, and Vistas Media Capital Singapore (the parent of the sponsor for Vistas Media Acquisition Company Inc.).

By taking the SPAC route, Anghami was able to raise funds via Vistas Media Acquisition Company and list directly through it, therefore reducing what can be a costly and time-consuming initial public offering process. Vistas raised $100M in its August 2020 IPO.

The combined company will operate under the Anghami name and will trade under the new symbol “ANGH.”

Initially founded in Lebanon in 2012 by Eddy Maroun and Elie Habib, Anghami has since built a platform offering more than 50 million songs to more than 70 million users.

The news follows its recent partnership with ADIO to shift global headquarters and establish its research and development (R&D) centre from Lebanon to the UAE's Abu Dhabi.

Under the agreement, ADIO will provide Anghami with financial and non-financial incentives to set up at Hub71 – Abu Dhabi’s global tech ecosystem and a flagship Ghadan 21 initiative supporting innovative ideas and technologies. Subsequently, Anghami will help to nurture talent through mentorship initiatives with the local startup community and fellowships for Emirati computer science and engineering graduates.

His Excellency, Mohammed Ali Al Shorafa Al Hammadi, Chairman of the Abu Dhabi Department of Economic Development stated, “Abu Dhabi is a launchpad for innovators to excel globally. We support investors and companies on every step of their journey. Going public on NASDAQ will enable Anghami to invest in innovation from its Abu Dhabi HQ and accelerate its ambitious international growth plans. It will also establish a template for other companies in Abu Dhabi to realize their full potential by tapping into global capital markets.”

Co-Founder and CEO of Anghami, Eddy Maroun said, “Today is a very exciting day for all of us at Anghami and our partners globally. Elie and I co-founded the company in 2012 with a vision for Anghami to be a first of its kind, digital media entertainment technology platform in the MENA region. Today, we have taken a significant step forward in our growth plans in seeking to become the region’s first Arab technology company to list on NASDAQ. Being a US-listed public company gives us access to growth capital and a global platform that is the best in the world.”

Elie Habib, Co-founder, Chairman and CTO of Anghami commented, “We’re proud of the product and technology we’ve been able to build and now we will have the ability to invest more in R&D and innovate providing a product that goes beyond music to immersive experiences around media and entertainment while remaining relevant to our users and focused on our local edge.”

Additionally, Elie exclusively told MAGNiTT earlier today, "We built all of this from the ground up. Going public was never the goal when we first started, but if you’re a company that has a clear path for growth, then you have a path to go public. When you prepare something that is sustainable and has the right ecosystem, opportunities will open up; this opportunity came to us and we grabbed on to it because it made sense for Anghami and our growth."

MAGNiTT will be sharing a detailed interview with Co-Founder Elie Habib next week; stay tuned for more details.

Jassim Alseddiqi, Group CEO of SHUAA stated, “We are delighted to be leading the PIPE for Anghami’s business combination with VMAC in what will accelerate Anghami’s growth and build upon its success as a pioneer in the music streaming space in the Middle East and North Africa. SHUAA led a funding round for Anghami earlier in the year and has been working closely with the team to secure the PIPE investment and deliver a successful listing on NASDAQ. In addition, the enhanced reputation and access to capital that comes with a listing on NASDAQ accelerates the company’s growth journey.”

The company expects to have approximately $142M of cash on its balance sheet at closing to be used primarily to fuel additional growth.

To all of our Dubai-based readers, keep an eye out on the Burj Khalifa at 8:10pm this evening for a special light show to celebrate the news.