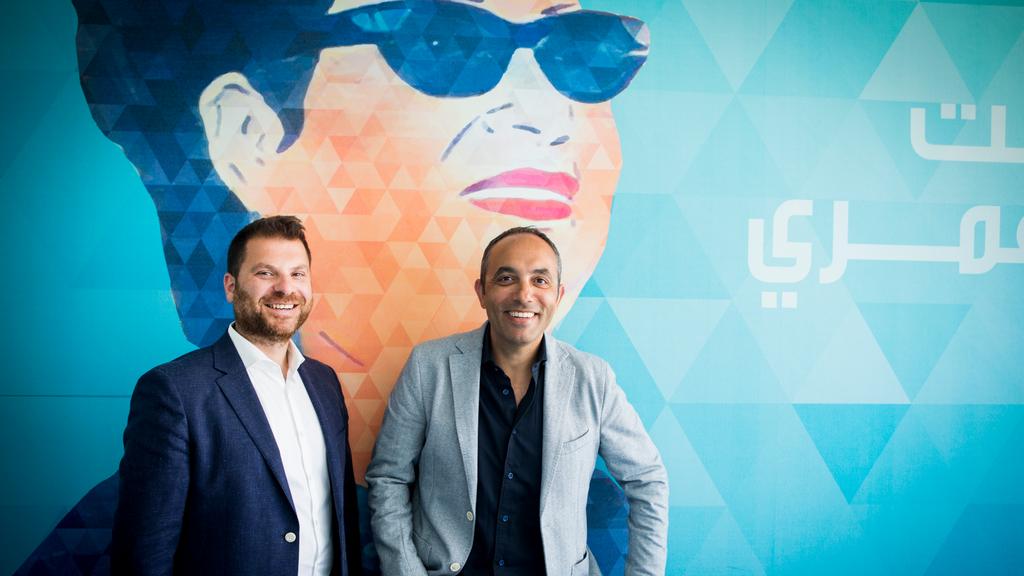 Anghami, a million-dollar venture in tune with the region

SOURCE: The National - Anghami, a million-dollar venture in tune with the region

Wissam Al-Jourdi vividly remembers his 27th birthday last year. “On one of the fronts I was covering,” said the young journalist from Damascus, “we were surrounded by Daesh militias in one of the buildings near Palmyra.”

But he had a way to escape his surroundings.

“We were trapped inside a building for four hours and to reduce my tension I was wearing my headphones and listening to Anghami and it made me forget the sound of whizzing bullets and bomb explosions”.

The Anghami he referred to is a music-streaming app. And these days, Anghami, which is Arabic for “My Tunes”, is more than just a distraction in a war-torn country.

The Lebanese founders of the app are banking on its loyal following of fans such as Wissam to help transform the fledgling company into an entertainment hub that includes selling concert tickets and helping musicians to record new music.

Their vision is for their Beirut-born music-streaming app to challenge  Spotify, which has yet to enter the region and is in direct competition with Apple music.

It all started in 2001. Elie Habib, a self-made entrepreneur, and Eddy Maroun, a musician with a law degree, had come together to start a ringtone business.

Mr Habib was looking for a musician for the business he was planning to launch, and he was introduced to Mr Maroun through a mutual connection.

Fast forward to 2010, and both of them were now itching to start another business.

“Mobile apps were still very new in 2010,” recalls Mr Maroun. “It took us a year-and-half to go from an idea we were talking over coffee for it to become a real product.”

And so it was that Anghami was launched in 2011.

“I think Anghami is the new entertainment hub of the Middle East,” says Mr Maroun. “We believe its potential is way beyond music streaming.”

Since its launch, the app’s catalogue has expanded to over 26 million songs, and its user base is expected to reach 55 million by the end of this year from its present 45 million, says Mr Habib. Anghami generates 650 million streams per month.

Anghami’s revenue is growing at a rate of 250 per cent to 300 per cent a year, and is forecast to exceed US$20 million this year, adds Mr Habib.

The company has three sources of revenue that mainly involves tapping into the music mood of millennials, the key segment of 15- to 30-year-olds.

The first source or tier of its plans is to allow users to install the app for free, but then to monetise it by having audio and video ads from big brands such as Unilever, Pepsi and others.

The second tier is paid subscription for consumers who do not want ads but want to download songs to listen and to view high quality music videos.

The third source involves deals with 22 mobile phone operators, whereby a user also gets a bundle of data, voice and music in addition to a subscription to the app.

“Anghami is music, but at core we are a data company,” says Mr Habib.

Getting Arab record labels on board from the start has been the key to the app’s success. “We started by doing exclusive content deals with a lot of labels, and that was part of our original pitch,” said Mr Habib. He added that Anghami continues to have exclusive deals with labels.

The ringtone days also proved instrumental in building the business.

“We had a lot of connections in the industry from the ringtone days that really helped us,” Mr Habib says.

“The labels trusted us because we had a history and we worked before with them and that actually facilitated [the business].”

Labels that include Rotana, Platinum (a subsidiary of the MBC TV Group), and others, often have their artists debut their songs on Anghami.

“It was important for us to start with a variety of international and Arabic music, and with time we kept on building it,” says Mr Habib.

Access to local content is what can make or break a music-streaming business. About 90 per cent of music consumption in a single region is typically local artists, according to Giasone Salati, a senior research analyst at Macquarie Capital. For example, Tencent is emerging as the leading music streaming service in China and Loen in South Korea.

“We might think of the Prince, the U2, the Madonna and the Radiohead of this world as global artists, which they clearly are. But the vast majority of music consumed actually comes from local artists and if you don’t have access to that you won’t get very far,​” says Mr Salati.

Anghami started with an investment of $200,000 from the two founders. But since its start, the company has raised over $40m from investors that include venture capital firm MEVP, in which Emaar Properties chairman Mohamed Alabbar has bought a stake, telecom operator du, MBC, Saudi telecom operator Mobily, in which UAE’s Etisalat has a stake, and investment firm Samena Capital.

MEVP, the first outside investor, which put in $1.25m and participated in three fundraising rounds, has appetite for more, says Walid Mansour, partner and chief investment officer.

“We see potential, we see high returns and that’s why we keep on investing,” said Mr Mansour. “We haven’t scratched the surface of the market.”

And indeed, Anghami’s potential is to be found within the global wave of music streaming. Streaming revenues is expected to reach $14.1 billion by 2030 from $1.4bn in 2015, according to Goldman Sachs.

Such faith in Anghami is what keeps the company from just disbursing dividends to investors. Instead, it recycles its revenue into expanding its repertoire and services.

“For 2017 and 2018, really, our target is to grow more than just be profitable because we have a lot of investors who believe in what we are doing and that our unique economics make sense,” says Mr Habib.

For instance, Anghami plans to add 1 million Hindi songs to its catalogue to capture a greater slice of the Arabian Gulf market. And many other products are in the pipeline.

“We can do more for local artists. We provide more than just direct music. You could use Anghami and book an artist for an event,” says Mr Habib.

Anghami is also expanding globally through the Arab diaspora.

“I have been noticing more traffic happening in Europe. And eventually we were able to see that a lot of people leaving Syria into Turkey and Germany... those people have kept their Anghami accounts and music,” says Mr Habib.

“The reason? Most of the people who connect and listen to music outside the region tell us Anghami reminds them of the ‘scent’ of their home, of their streets in the Middle East.”

SOURCE: The National - Anghami, a million-dollar venture in tune with the region

Anghami, a million-dollar venture in tune with the region