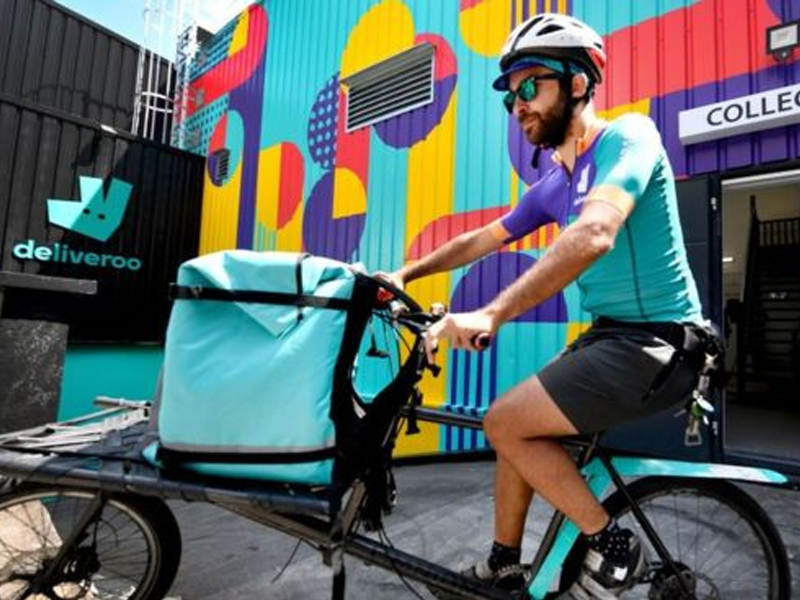 Amazon makes a big move into the food industry! The US giant forays into the region as they lead a $575 million Series G funding round in Deliveroo who will be battling its rivals Uber, Just Eat & others in a fiercely contested market

By Bloomberg / The National

Amazon is leading a $575 million (Dh2.1 billion) investment in Deliveroo, buying a slice of the fast-growing startup to propel its drive into the European food and groceries business.

The US online retail giant will be joined in the Series G funding round by existing backers T Rowe Price, Fidelity Management and Research, and Greenoaks, Deliveroo said in an emailed statement. The London-based startup, which has raised $1.53bn to date, gets a cash infusion to expand its technology team and network and compete against the likes of Just Eat and Uber.

Shares in Just Eat dropped nearly 11 per cent, their biggest drop since March 2018. Takeaway.com fell as much as 6.5 per cent, while Delivery Hero was down 4 per cent.

Amazon has signaled its growing ambitions in food with Prime Now, which offers deliveries to major British cities within two hours. But it faces stiff domestic competition from the likes of Ocado Group, an online grocery pioneer that licenses its technology to the likes of Kroger and aims to halve that time with a service called Zoom.

Consolidation has also been heating up in the food delivery sector. In one recent deal, Takeaway.com agreed to acquire the German businesses of Delivery Hero for approximately 930m euros ($1bn) in December.

Uber Eats and Deliveroo are also battling for so-called virtual restaurants, where eateries lease kitchen space to prepare food for couriers. With no dining rooms or wait staff, these outfits pop up where food delivery companies expect demand, and sell their meals through Uber Eats or Deliveroo’s app.

Deliveroo said the new funding will partly go towards new innovations in the food sector, for example through delivery-only kitchens, as well as new formats.

Amazon closed down its UK food delivery service late last year. The investment is one of the US giant’s rare forays into the region. In 2010 3i Group sold BuyVIP.com, private online shopping club, to Amazon for $96.50m.

Amazon makes a big move into the food industry! The US giant forays into the region as they lead a $575 million Series G funding round in Deliveroo who will be battling its rivals Uber, Just Eat & others in a fiercely contested market