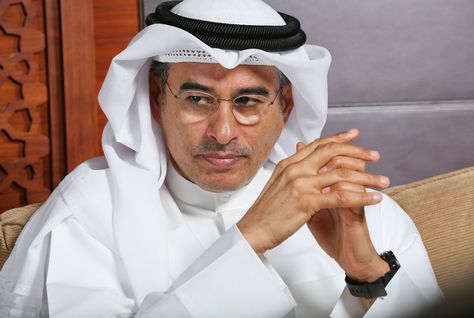 The JV with Symphony Investments, an entity controlled by Mohamed Alabbar, will see the him focus his entire online luxury retail activity in the region exclusively through the new company.

The JV will establish on-the-ground operations, with dedicated sales and marketing, customer care and PR teams.

The company will also open a new distribution centre in Dubai powered by Ynap, which will include a premier same-day delivery service. It will also offer a localised offering ranging from Arabic-language customer care and content, as well as local currency and payment methods.

Ynap will hold a 60 percent stake in the JV, which will be fully consolidated in Ynap’s accounts, while Symphony Investments will own the remaining 40 percent.

The JV, which will initially operate in the GCC, will manage all of the group’s existing multi-brand online stores in the region – Net-A-Porter, Mr Porter, Yoox and The OutneT – as well as, in agreement with the brands, select existing and future online retail operations that have significant business potential in the Middle East. The JV may expand to other countries in the Middle East and North Africa in the future.

Alabbar Enterprises took a four percent stake in the Italian group in April this year with a view to expanding its operations in the Middle East.

“The signing of a joint venture is really incredible for the fashion e-commerce market - which I think is a $10 billion market,” the businessman said during a panel discussion at the Arabian Business Digital Forum.

Noon.com, a $1 billion online shopping portal, will go live in January 2017. It will house over 20 million products.

Federico Marchetti, chief executive officer, Yoox Net-A-Porter Group said that the two companies were combining the strength of two regional player to tap the luxury market in the Middle East.

“This venture will brings unique and unparalleled experience of the two players and we will bring our know-how as a world class online retailer; likewise, Alabbar brings his immense knowledge of business and customer trends,” he added.

Marchetti praised Alabbar as a global “entrepreneur”, saying now he is now leading the digital revolution in the Middle East."