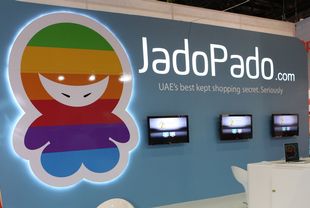 Alabbar behind acquisition of UAE's JadoPado

UAE-based e-commerce website JadoPado has been acquired by a technology fund led by Dubai businessman Mohamed Alabbar, it has emerged.

The deal comes weeks after Emaar founder Alabbar lost out to Amazon on the acquisition of another UAE online marketplace, souq.com, for a reported $600 million.

Alabbar had been courting souq.com, headed up by Ronald Mouchawar, and reportedly placed an $800 million bid on the table for the successful e-commerce outfit.

However, Amazon had been in exclusive talks with souq.com and a deal was finalised in March.

Meanwhile, JadoPado announced the abrupt closure of its online marketplace in a blog post on May 1. It said the news followed JadoPado’s acquisition by an unnamed Middle Eastern company, said to be a “large regional business”.

It emerged this weekend that JadoPado had been acquired by the $1 billion technology investment fund that Alabbar announced he was setting up last year.

JadoPado told Arabian Business in a statement: “We're incredibly excited to exit to what is fast shaping up to be the region’s most exciting digital and e-commerce play. Mohammed Alabbar's vision to make digital a cornerstone of his future strategy led us to believe that this was the right call and will help propel our business to the next level.

“The JadoPado team will be integrated into ongoing projects such as Noon.com and will also be involved in exciting new projects across the digital spectrum in areas such as marketplaces, food commerce, payments and logistics.

“I’m personally thankful to all our investors including BECO Capital and Al Bogari Holdings for believing in the JadoPado vision and helping drive our business toward a successful outcome.”

A representative for Alabbar has been contacted for comment.

The Gulf’s e-commerce market is expected to grow to $20 billion by 2020, according to consultancy firm A.T. Kearney.

Alabbar has increasingly focussed on technology and e-commerce in the past year, including buying a stake in logistics firm Aramex, entering into a joint venture with online fashion retailer Yoox Net-a-Porter – which is to launch in the region in 2018 – and preparing to launch his $1 billion e-commerce venture Noon.com in the coming weeks.

Alabbar behind acquisition of UAE's JadoPado