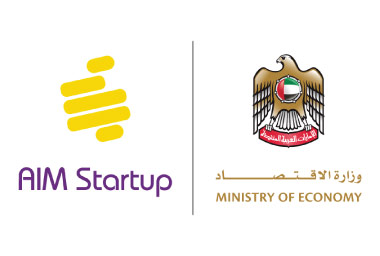 Dawood Al Shezawi Chief Executive Officer of AIM Startup, has signed a Memorandum of Understanding (MoU) with Osama Ashri, Head of Development and Strategic Alliances of Prince Mohammad Bin Salman College of Business that will see both organisations nurture the growth of entrepreneurship in the region.

“Entrepreneurship is an important solution to the needs of the Arab youth and we have seen a major shift in government policies to empower the youth with the right tools so that they can become job creators, instead of becoming job-seekers,” Al Shezawi said.

AIM Startup is a platform where disruptive start-ups from across the world gather to present their groundbreaking products or services on a truly global stage. AIM Startup was launched in 2017 as an initiative of the UAE Ministry of Economy to connect promising start-ups with investors and business partners from other parts of the world.

Set in the heart of the UAE’s Annual Investment Meeting, the World’s Leading FDI Platform for Emerging Markets and held under the Patronage of H.H. Sheikh Mohammed Bin Rashid Al Maktoum, UAE Vice President, Prime Minister and Ruler of Dubai.

This year, 200 promising start-ups will convene under one roof to meet with investors, corporates, government representatives and industry experts and will be given the opportunity to demo their groundbreaking solutions to a global audience of more than 20,000 people.

“Our deals to partner with three Saudi Arabian institutions are aimed at supporting the public sector initiatives with private sector participation and help the development of a healthy entrepreneurship eco-system that will continue to develop and help fund start-ups and create new tech-based employment,” Al Shezawi said.

The number of start-ups in the MENA region spiked during the early 2000s with more than 150 initiatives by business incubators and non-profit organisations able to provide support services to aspiring entrepreneurs. In fact, for technology start-ups alone, more than 450 deals in the MENA region received a total investment of $750 million between 2013 and 2015, according to the State of Digital Investment in MENA report published in 2016.

A World Economic Forum report says, “Middle Eastern cities have a long way to go before they can compete with leading global start-up hubs.

“The good news is there is plenty of room for growth: Just eight per cent of businesses in MENA have a digital presence, as compared to 80 per cent in the United States, while 1.5 per cent of MENA’s retail sales are transacted digitally. The digital market is estimated to add $95 billion in annual GDP by 2020, with each digital job creating two to four more jobs in the economy.”

AIM Startup’s initiatives will help increase the number of Arab entrepreneurs – who will create employment and help absorb millions of young men and women waiting to be hired in the GCC and the wider MENA region.

Recent research by the Magnitt – a large start-up facilitator – found the region now has over 3,000 start-ups and looked more closely at the founders of MENA’s top 100 funded start-ups.

It estimates there has been more than $870 million in start-up investment last year. It found that the top 100 start-ups together have raised over $1.42 billion in funding and each start-up has raised more than $500,000 individually.

“With world population nearing nine billion by 2025, sustainability should be at the heart of every conversation today. With world hunger, poverty, water scarcity, wasteful consumption, climate degradation and inequality threatening the very fabric of our social, environmental and economic well-being, now is the time to get actively involved if we wish to create the future that we desire,” said Al Shezawi.