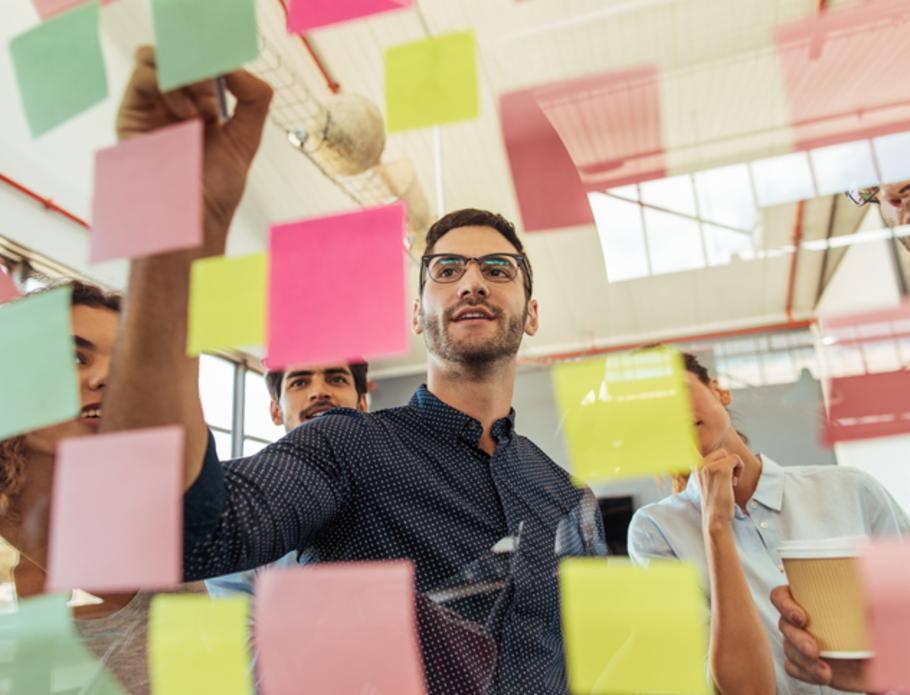 Age vs. experience: What matters more in Islamic economy founders?

Aspects such as education, start-up exposure, and access to funding are also challenging in the Islamic geographies, founders and experts say

The average age of a successful start-up entrepreneur may be 45 years in the United States, according to a Harvard study, but that may not necessarily hold true for the Islamic economy.

Experts and business owners who spoke to Salaam Gateway believe that, in general, the founder’s age for successful financial technology, or fintech, start-ups in the Islamic economy is a little higher than for ventures related to fashion or social marketing, for instance. But this too depends on the geographical location of the start-up.

According to Junaid Wahedna, Founder and CEO of U.S.-based Wahed Invest, a Shariah-compliant online investment platform, founders of Islamic fintech start-ups are a bit older than their fashion start-up peers.

“In the Islamic fintech space, founders need to have exposure to regulations, compliance, capital, etc., otherwise no one takes you seriously. But you have people on the fashion side of the Islamic economy who are significantly younger.”

A significantly more mature start-up ecosystem in the West, said Wahedna, supports a vibrant mix of young and experienced start-up founders. But he does admit that successful founders in the Middle East and North Africa (MENA) region are mainly all educated in the West.

Adnane Addioui, Founder and Chairman of the Moroccan Center for Innovation and Social Entrepreneurship, also acknowledged that most founders of Islamic economy start-ups are relatively older in age and have more work experience in their sectors. But North Africa deviates from this norm, he added, where start-up founders have an average age of 25 years, and the majority of them are highly-educated.

Muhammad Chbib, Founder and ex-CEO, Tajawal, said there is a good age mix in the MENA region, which includes fresh graduates to mature entrepreneurs.

“If I compare our start-up landscape in the region to areas such as Silicon Valley, Berlin, or London, then you will have to admit that we are far behind on many dimensions. From a pure education standpoint, the education levels in these [Western] areas are much, much higher,” said Chbib.

“I have not seen a university in the MENA region yet that competes with the likes of Stanford, MIT, Harvard, London School of Economics, London Business School, etc,” he told Salaam Gateway.

“Unless we manage to establish world-class education on the ground rather than permanently sending our local talent abroad, it will be difficult to have a sustainable continued breed of highly-educated entrepreneurs in the future,” he added.

The numbers paint a similar picture. Research in 2017 by MAGNiTT, a data platform for investors and founders, shows that on average MENA founders of the top 100 funded companies had nine years of work experience (averaging 31 years of age) when they founded their companies.

The trend is not dissimilar to international comparisons, Bahoshy said, referring to an earlier Kauffman Foundation report that puts the average age of successful start-up founders in the U.S. at 40 years old.

A report released by the Harvard Business Review in July found the average age of people who founded the highest-growth start-ups in the United States was 45.

“However, when you look at success rates conditional on actually starting a company, the evidence against youthful entrepreneurial success becomes even sharper. Among those who have started a firm, older entrepreneurs have a substantially higher success rate,” said the Harvard report.

The founder’s age, while being an interesting topic for research or discussion, is not the only criterion of a start-up’s success, especially in the Islamic economy.

“In many countries [of the Islamic economy], start-ups are still not mainstream, and it is very challenging to launch a project due to the lack of resources. In some countries, using the term ‘Islamic’ is sometimes prohibited or highly regulated, thus making it very hard to penetrate that market,” said Addioui.

Chbib believes the problems for Islamic economy start-ups are similar to conventional ones. “We do not have sufficient infrastructure for funding start-ups from seed to maturity/profitability. [Also,] we do not attract sufficient foreign investment money in a structured way, to ensure smart money supports the growth of our start-ups. And we have a massive gap in top-notch technology talent in this region.”

The MENA market has not experienced sufficient commercially successful exits yet, Chbib added, as “the culture here does not appreciate failures enough”.

“Only through their failures do entrepreneurs become outstanding success stories. The Islamic economy is still a very ‘vague’ concept, and we need to exhibit use cases and concrete challenges that founders/entrepreneurs can solve,” he said.

BARRIERS TO ENTRY AND SCALING

According to Bahoshy, start-ups are concepts that require capital, experience, talent, and perseverance. “In the region, there are many barriers to entry and scaling start-ups successfully.

“One area I see big room for improvement in is encouraging younger people to join start-ups early on to learn from the experience of more seasoned founders and what it is like to work in a start-up culture before beginning their own ventures,” said Bahoshy.

Wahedna believes the mindset of the MENA region is still not as mature as the West when it comes to risk-taking. “Though this is a prosperous region, you still see the family offices and even the Islamic investors investing abroad,” said Wahedna.

“So, all the money goes into America and Europe. It is essential that this fund flow gets diverted into our region to push the economy forward,” he added.

“It’s one step at a time. You have the accelerators, the incubation, and the branding happening. The ecosystem has started developing, and with time fund flow will be diverted here, which will bring that significant change,” said Wahedna.

Do venture capitalists and other start-up funding streams look at a founder’s age when deciding whether or not to give them money?

“Many VCs are very wary of young CEOs in our region, thus making deals much tougher to get,” added Addioui.

THE ANOMALY OF UNICORNS

While global data shows older founders are more successful, Wahedna said, “[Y]ou have the anomaly of unicorns that were started by very young entrepreneurs, so there is no science behind this. But data does show that the older you are, the more likely you are to be successful.”

Chbib does not think age is the decisive factor.  “Much more important than age is the relevant experience. I probably worked on ten start-ups in the past and gained enough experience to understand what works and, even more important, what does not work.

Bahoshy said an investor looks at a start-up based on multiple factors; the team is an integral part of this assessment.

“Key questions an investor would look at are: do the founders have the required skills sets to develop technology, marketing, and business? Is the founding mix a complementary group of individuals? Have they got previous experience working for a start-up from which they have learnt?

“Age and education alone are not factors that directly influence investment in start-ups. Experience working in or for a start-up is a stronger indicator,” said Bahoshy.

The two start-up founders say governments are moving in the right direction when it comes to building an effective start-up ecosystem.

“The UAE government has always been here to support us, especially the Dubai government, and it is nice to know [the Islamic economy] is on their agenda. I think it is a matter of time until they figure out the fund flow and the regulatory piece as well,” Wahedna said.

“At the end of the day, there is a massive shortage of cash. We need to fund teams and their ideas. We need to allow them to fail and rebuild. This requires a long-term commitment of cash. I have a feeling that we are still at the beginning of understanding this requirement,” said Chbib.

Age vs. experience: What matters more in Islamic economy founders?