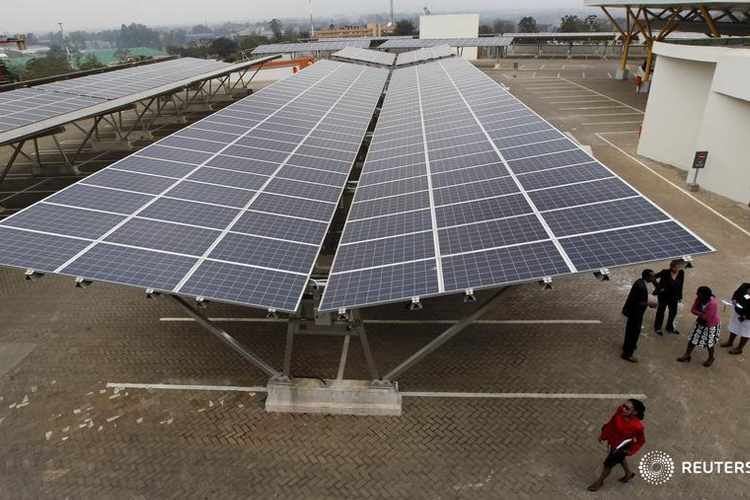 As the UAE prepares for a future where green is the new gold, Africa’s energy gap presents an opportunity for the UAE to position itself as a global leader in green investments. The UAE has traditionally been reliant on oil to buoy its economy but it;s time to leverage one of its other big assets - its financial services industry - to catalyse more investments in energy infrastructure in Africa.

As the largest investor by capital investment in Africa (second only to China as of 2016) the UAE must leverage its existing relationships in the world’s highest potential energy market.

Over two-thirds of Africa’s vast population, an estimated 600 million people, lack access to energy. But Africa’s energy poverty masks the wealth of natural resources that can be used to light up the continent. With significant geothermal, hydro, wind and solar resources, investments in green energy could yield significant returns. Morocco, Kenya, and Rwanda are three countries with particularly compelling prospects for UAE green investments.

Morocco is a natural candidate for expanding renewable investments. Despite its abundance of sunlight, 90 percent of its energy resources are imported — costing Morocco approximately $8-$10 billion annually from 2011 to 2013. With this high import bill and rapidly rising electricity demand driven by economic growth, Morocco has set a target of 42 percent renewables by 2020, and 52 percent by 2030 – one of the most ambitious clean energy targets globally. Furthermore, the kingdom has been at the forefront of developing the independent power producer (IPP) model for large-scale utilities plants in North Africa.

Established in 2010, the Moroccan Agency for Sustainable Energy (Masen) drives solar projects and is already yielding results – the first phase of the Moroccan Solar Plan NOOR was switched on in 2016. Upon completion, the 580 MW complex will be one of the biggest facilities of its kind in the world, reducing Morocco’s fossil fuel dependence by about 2.5 million tons of oil per year, and providing export opportunities to neighbouring countries.

Even so, despite these strides, Morocco still has a $24 billion green investment gap, offering the UAE ample opportunity to partake in Morocco’s solar revolution, a country with which it already enjoys cordial relations.

While renewable energy currently makes up 70 percent of Kenya’s installed electric power capacity - compared to the world average of 24 percent - the country is targeting a 100 percent transition to green energy by 2020. The renewable energy sector in Kenya is among the most active on the continent; investment across renewable energy technologies grew from virtually zero in 2009 to $1.3 billion in 2010. While flagship projects as Lake Turkana Wind Farm and Menengai Geothermal Power Station attract headlines, significant opportunities are emerging for renewable energy startups.

One significant startup is Pawame, a UAE off-grid solar company that has connected 4,000 homes to solar in Kenya, having a positive impact on 20,000 lives. It recently raised $2 million in seed funding to help grow its business in Kenya. In the long run, it aims to electrify the 150 million households (70 percent of the population) in sub-Saharan Africa that don’t have access to grid power through micro-credit.

Kenya’s renewable energy potential remains largely untapped, having harnessed only about 30 percent of its hydropower sources, approximately 4 percent of the potential geothermal resources and much smaller proportions of proven wind and solar power potentials. There is, therefore, more opportunity for smaller scale renewable energy projects and innovative startups like Pawame.

With a strong, progressive government and an expanding renewables sector, Rwanda is a small country punching above its weight. Rwanda’s investment in clean energy has increased from zero in 2015 to $350 million in 2017, ranking fifth globally among countries that have created opportunities for investments in clean energy, according to Bloomberg New Energy Finance’s annual ClimateScope index. Most future investment in Rwanda’s energy market is expected to go toward expansion of the grid and to off-grid companies working with communities in peri-urban and rural areas.

As a commitment to being a leader in green growth, Rwanda inaugurated an Electronic Waste Plant in 2017 – the first of its kind in East Africa. The Rwandan government leased the Plant to Enviroserve Rwanda Green Park, a subsidiary of the Emirati company Enviroserve Services LLC Dubai, to run and manage. This partnership reflects the potential for more collaboration between the Rwandan government and the UAE’s private sector.

From e-waste recycling to delivery of medical supplies by drone, from renewable energy to car sharing schemes, Rwanda aims to be Africa’s leader in green innovation. Importantly, the UAE has the right technology and know-how to ensure that Rwanda achieves this.

Power to the people

Power shortages are stalling Africa’s development. Investment in renewable energy is set to close the current energy gap - positioning Africa as a global leader in the green clean energy revolution. From investments to technical expertise, the UAE can tap into this revolution and strengthen its competitive position in global markets in green investment and exporting green technologies.