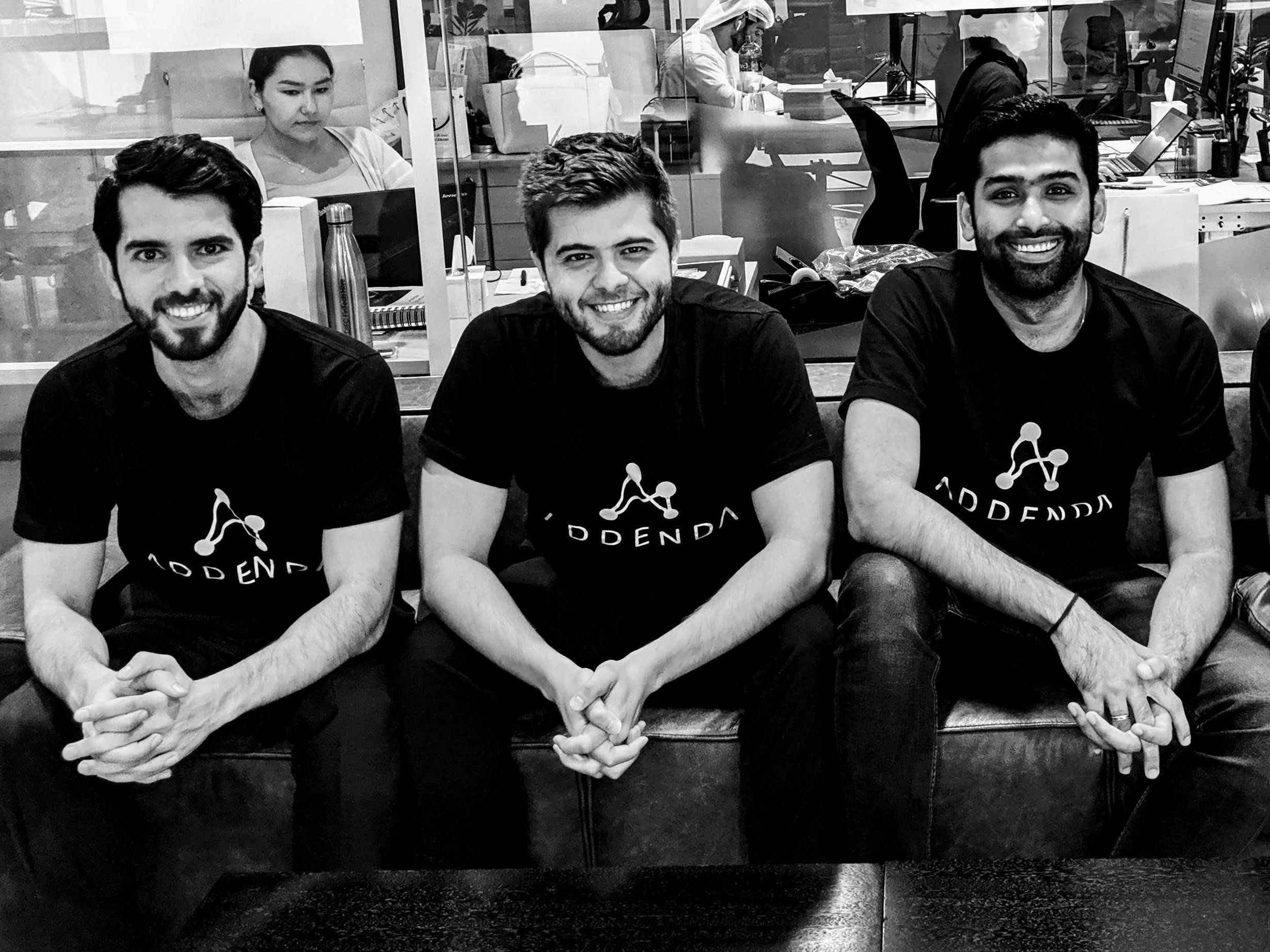 Addenda Closes Seed-funding Round Led by 500 Startups, in participation with Beyond Capital and Strategic Angel investors

UAE-based Addenda, the first and only insurance blockchain consortium in the Middle East, has announced that it has closed its fundraising seed round for an undisclosed amount led by 500 Startups, with the participation of Beyond Capital and several other angel investors. The additional investments will help Addenda to aggressively expand its sales and marketing efforts, expand its operations to other GCC countries as well as broaden and accelerate product development.

Established in March 2018, Walid Daniel Dib and Karim Davis Dib, brothers from a family of civil engineers, turned their blockchain obsession into reality and co-founded Addenda.

Their experience in the insurance sector, and their passion for decentralization and blockchain led them to the concept of Addenda.

Walid, CEO of Addenda said: “The month of October has marked the closure of our six-figure seed funding round and helped us cross another milestone. We are proud that several leading investors, including Beyond Capital, 500 Startups and Jada Investments, as well as strategic angel investors helped us close our seed round”.

“In mid-October, we launched the first ever blockchain reconciliation platform between insurance companies. In a matter of a few weeks, we’re excited to say that eight insurance companies have filed more than AED 700,000 worth of motor insurance claims against each other using the Addenda platform”.

Commenting on the announcement, Sharif El-Badawi, Managing Partner of 500 Startups said: ”Addenda’s blockchain subrogation solution is the first of its kind in the Middle East. We are very proud of Walid and Karim and their team who have worked very hard to determine a blockchain solution and introduce a viable product for adoption in the insurance industry. Addenda is a powerful solution for the insurance industry, and we are excited to collaborate with and support them as they work to build a great company in an exciting category”.

Sulaiman AlQuhidan, the chairman of Jada Investments, said that: “the Addenda blockchain ecosystem provides a much needed solution to the age-old problems of the insurance industry. By developing a consortium of insurance companies, Addenda bridges the gap between competing insurers to ensure a swift and transparent recovery process. We in Jada investments noticed the need for a solution like Addenda in the startup’s early stages and we will continue to support the team”.

Addenda Closes Seed-funding Round Led by 500 Startups, in participation with Beyond Capital and Strategic Angel investors