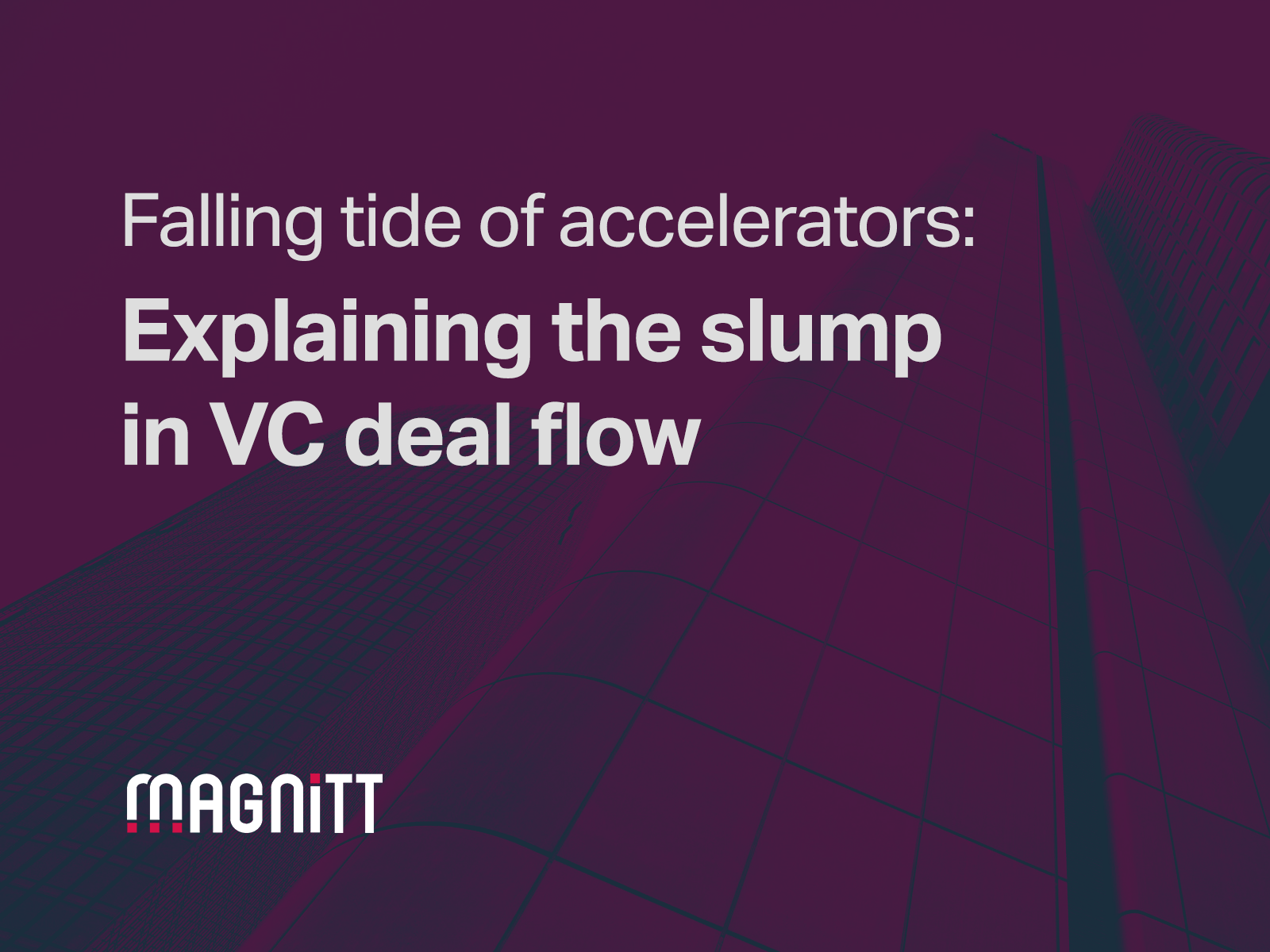 One notable trend stood out starkly over the course of the year as MAGNiTT released quarterly reports that covered the state of VC funding in the MENA region: record-breaking levels of capital was deployed in progressively fewer deals across the region’s key hubs. These developments pointed to bloated round sizes, but also highlighted the potential underserving of early-stage startups as a matter of glaring concern.

To put this in numbers, 54% of the VC capital in MENA in H1 2021 was poured into just 4% of deals, all later-stage transactions. But what truly made obvious the hindrance startups faced in raising seed rounds was the decline in transactions sized below $500K. As indicated in our H1 2021 MENA Venture Investment Report, round sizes within this bracket went from accounting for 71% of all deals in 2019 to just 41% in H1 2021. On the contrary, deals worth more than $3M saw a 12pp increase in share in total deals during this time. Funding in favor of fresh startups also dipped. Only 2% of the record-high $1.2B was used to finance deals below $500K.

We took a closer look at our data to understand the reason behind the receding tides in early-stage venture investment. The answer lay in COVID-19’s impact on accelerator programs and revealed more than the explanation we sought.

Accelerators have been of paramount importance in facilitating startup founders with the initial capital to launch their ventures. As their physical presence took a hit after the onset of the pandemic, the MENA region saw a divergence of funds towards established startups looking to scale. Outside of their role in propelling the emergence of new startups, accelerators also played a crucial part in maintaining a healthy deal flow in emerging venture markets. As our reports have established, the number of VC deals in MENA grew steadily between 2017 and 2019, but have been falling ever since. In 2020, the number of transactions dropped by 8% YoY. However, were we to strip out deals that resulted from accelerator programs, we find that the volume of transactions actually rose between 2019 and 2020, going from 392 to 403.

Similarly, when comparing H1 2020 to H1 2021, the latter saw only two less non-accelerated deals, despite total deals dropping by 20% YoY.

The dwindling activity of accelerator programs post-pandemic laid bare the MENA VC ecosystem’s negligence towards early-stage ventures. The concentration of capital in a handful of growing startups poses a threat to a healthy pipeline of emerging ventures and discourages the spirit of entrepreneurship- features that, if left unattended, could fail to sustain emerging and mature startup ecosystems alike.