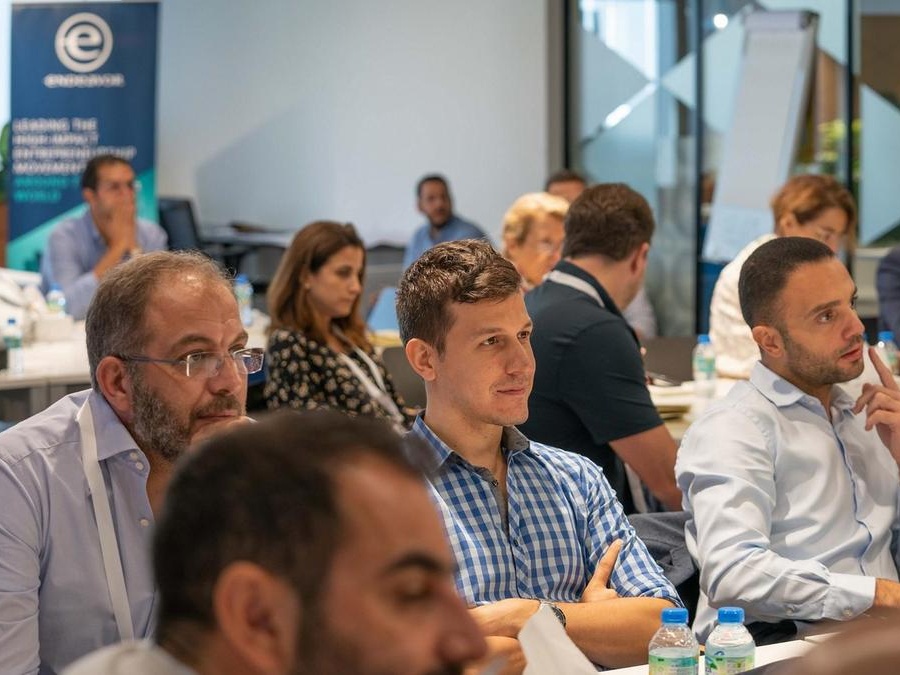 Hub71, the tech start-up ecosystem in Abu Dhabi, partnered with accelerator Endeavor, a non-profit network operating in 37 countries across the globe, to support high-growth “scale-ups” in the region.

Endeavor, which established its UAE chapter in 2013, will be selecting scale-ups — defined by the organisation as high-growth companies with annual revenues of more than $2 million (Dh7.3m) — to receive mentoring and support.

“Our strategic partnership with Endeavor UAE is deeply rooted in our shared goal of supporting the entrepreneurial ecosystem in Abu Dhabi, bringing with it a multiplier effect on the economy and jobs,” said Ibrahim Ajami, head of ventures at Mubadala Investment Company.

Hub71, set up in March by the Abu Dhabi Government, Mubadala Investment Company, Abu Dhabi Global Market (ADGM), Microsoft and SoftBank, is a flagship initiative of the Dh50 billion economic stimulus programme, Ghadan 21. In May, the government rolled out the Dh535m Ghadan Ventures Fund, managed by the Abu Dhabi Investment Office (Adio), specifically to invest in start-ups.

Scale-ups represent around 5 per cent of small and medium-sized enterprises (SMEs), but have the potential to make a significant economic impact, according to the Scaling up Mena SMEs report, co-authored by Strategy& and Endeavor. In comparison to other SMEs, scale-ups in the Middle East and North Africa region generate on average three times more revenues and eight times more jobs.

Endeavor’s global network has over 1,200 scale-up companies, while the UAE chapter has selected 42 entrepreneurs leading 28 scale-ups since it was founded.

“Through this partnership, scale-ups at Hub71 will now receive support at every stage of growth,” said Noor Shawwa, managing director of Endeavor UAE. “By giving entrepreneurs access to our unparalleled global network of mentors, Endeavor supports entrepreneurs to transform communities, create quality jobs and to inspire future generations of founders.”

Endeavor UAE held a two-day retreat in October at Hub71, where scale-ups from the region received advice from tech and business experts on themes including "how to deal with organisational culture in rapidly growing companies”. The scale-ups came from Egypt, Greece, Jordan, Lebanon, Morocco, Saudi Arabia and the UAE, and represented a variety of sectors, including software, food and beverage, healthcare, retail and consumer technology.

Hub71 currently has 22 start-ups in its Incentive Programme, which offers subsidised office space, healthcare and accommodation at Oyo. It opened applications to start-ups from across the globe in October and will announce the winners in January.

Its WeWork location is on track for launch in early 2020, allowing Hub71’s community to move into three floors of office space.