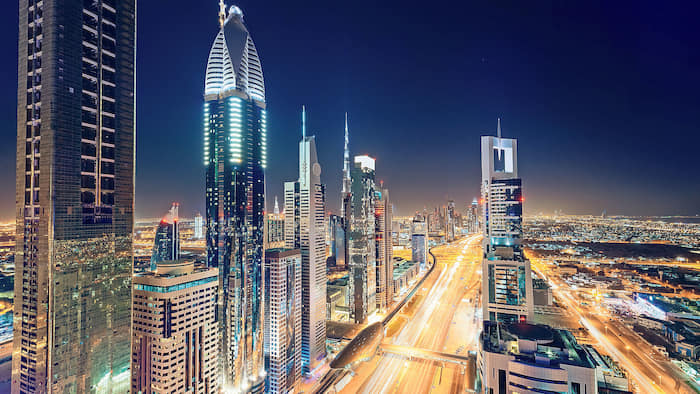 Financial technology in the United Arab Emirates shares a great deal with the growing sector in places like New York, London and Singapore: the buzzwords, the hype, the enthusiasm. But one key difference is scale.“It’s a tiny ecosystem. We go to events and there’s six guys having the same conversations every month,” jokes David Martinez de Lecea, a management consultant and co-founder of Finerd, a Dubai-based robo-advisory investment manager.

In financial centres across the world, fintechhas attracted large amounts of investment and even more attention as banks try to maintain their competitive edge and local governments seek to position themselves as hubs for innovation. Last year, global fintech investment more than doubled to $19.1bn, according to KPMG and CB Insights.

In the Gulf, those factors are bolstered by the need to build and maintain diversified economies that are less exposed to swings in the price of oil. Since mid-2014, the price of Brent crude has fallen almost 60 per cent to around $48 a barrel, although this is up from its January low of $28.

There are few data about the nascent fintech ecosystem in the Gulf. However, Magnitt, a networking business for Middle Eastern start-ups, lists 54 new fintech companies across the Middle East and north Africa region, 20 in the UAE alone.

Despite the sector’s size, momentum is building and governments in the region are eager to jump on the bandwagon. According to Omar Soudodi, managing director of Dubai-based payments processor PayFort, “There is a rivalry between Abu Dhabi and Dubai to become the fintech hub in UAE.”

Regulators in Abu Dhabi have sought an edge by developing a “sandbox” to help fintech start-ups test their products. The sandbox, which is modelled on similar initiatives by regulators in Singapore and the UK, allows companies to launch under restrictions and regulations which are less onerous.

In early September, international financial centre Abu Dhabi Global Market began a second consultation on plans for the sandbox, the FinTech Regulatory Laboratory, which it intends to launch by the end of the year. Start-ups wishing to benefit from Abu Dhabi’s new fintech regulatory framework will need to establish a presence in the emirate, though Wai Lum Kwok, executive director of capital markets at ADGM, is keen to play down the competitive implication of the initiative. “Whatever we cultivate here, the rest of the region will benefit and vice versa,” he says.

“There is a lot of activity on the ground, but there is no one to bring everyone together so we hope to have a first-mover advantage.”

Regulation is on the mind of many entrepreneurs in the space. Moussa Beidas, a former design consultant who now runs Bridg, a mobile payments company in Dubai, launched it three months ago, but the company had been much longer in the making: “It took us two years to be confident enough to release a product that we knew wouldn’t get us shut down.”

His company offers a product for smartphone-to-smartphone payments that uses bluetooth and only requires one of the devices to be online. Building a company in the payments space made him cautious about attracting the ire of banks and regulators.

Mr de Lecea of Finerd agrees that “regulation is one of the biggest challenges”. “It was designed several years ago and hasn’t moved forward,” he says. Finerd invests customer funds in exchange traded funds and required a complicated set of licences involving multiple jurisdictions to get up and running. “It works legally but it’s not ideal,” says Mr de Lecea.

There are other, more idiosyncratic obstacles. In the UAE, says Mr de Lecea, know-your-customer laws require that you “meet the customer face-to-face”, making it difficult to automate investing.

Peer-to-peer lending start-ups wishing to compete with banks also have to contend with the relative lack of credit scoring or public data on companies. “There isn’t the same kind of credit information as in the UK, US or Europe,” says Craig Moore, who modelled his Dubai-based peer-to-peer lending business Beehive on the likes of Zopa and Funding Circle in the UK.

There is also the problem of fragmentation of markets in the region. Start-ups in the US and Europe have a whole continent to expand into, but in the Gulf there is not the same ease of doing business across borders.

“If you’re a payments fintech start-up in the UAE and you’ve gone through all the approvals, it doesn’t give you passporting in other Gulf countries,” said Daniel Diemers, a consultant with Strategy&, the consulting arm of PwC.

Despite the challenges, there is a growing infrastructure of accelerators, incubators and investors, and fintech entrepreneurs in the area sense opportunity, particularly given long-term demographic trends. “More and more of the Arab millennials are getting into the banked world before they even graduate,” says Mr Soudodi of PayFort.

“Before, the trend was, ‘I graduate, I get a job, I get my first paycheck and think, oh my god, I need a bank account.’”

The sector may be small, but it is ambitious. “There is the will, it’s just a matter of time,” he says.

Entrepreneur Omar Soudodi started PayFort, a payments processor, while running an ecommerce site called Souq.com. “We always had the pain of payments, so we decided, Let’s get into that business,” he says. According to Mr Soudodi, PayFort processed $1bn in payments last year.

Bridg, a payment solutions company, was co-founded by Moussas Beidas, who had the idea after a trip to India. “Everything was done in cash but everyone had smartphones. The biggest issue people had with their phones was connectivity,” he says. The Bridg app lets people make mobile-to-mobile payments, even if one mobile is offline.

Craig Moore started his P2P lender in Dubai in 2014. Beehive lends to small businesses and has lent $13m to-date. We can give them a decision within 48 hours [and] that includes an external visit [to them],” he says.