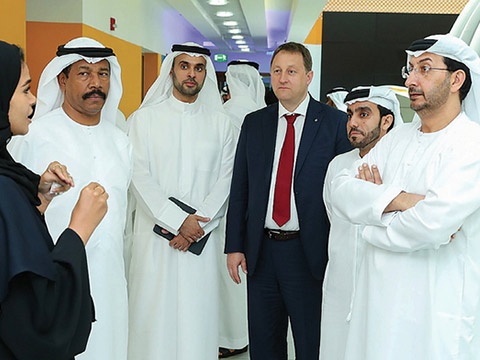 Abdullah Bin Ahmed Al Saleh, the Undersecretary of the Ministry of Economy for Foreign Trade Affairs, led an MoE delegation on its visit to the Innovation Centre of Borouge in Abu Dhabi.

On its visit, the ministry delegation was introduced to latest technologies and practices that produce innovation and value creation solutions of polymers and plastic elastomers. These products are widely used in industries like machinery, automobile, mechanical, electrical and medical supplies. The delegation also got introduced to the company’s global supply chain network, and its warehouses and logistics hubs in India, China, Europe and South East Asia.

According to Gulf Today, the Undersecretary emphasized a lot on the relationship between the government and private sectors in working together to take the country’s economy forward. He thinks the collaboration between the Ministry of Economy and Borouge is a great example of how both private and public entities can work together in achieving greatness.

The CEO of Borouge considered this visit to be a milestone in strengthening the company’s collaboration with the Ministry. He claimed that the company focuses on cooperating with the government to develop and protect national industries. As the visions of Borouge and the UAE government align with each other, this partnership can go a long way.