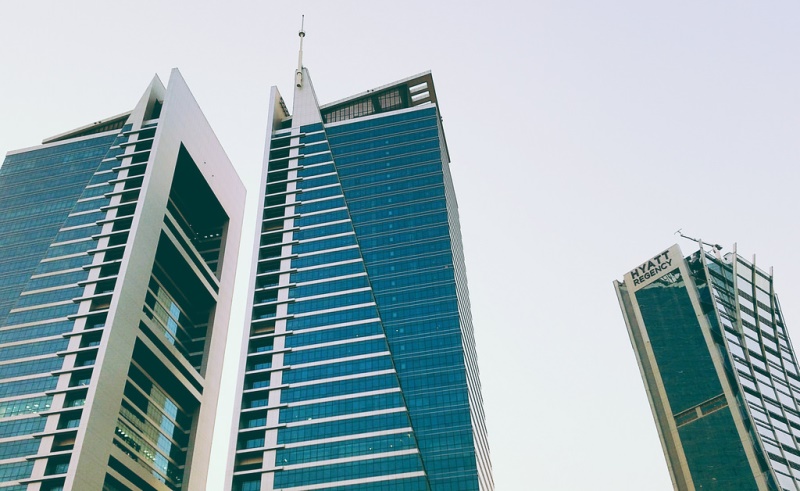 The MENA is becoming a hot region for investing in startups. But where's the money coming from? From Saudi Arabia's gargantuan $100 billion Vision Fund to Egypt's $50 million Algebra Ventures fund, we round out some of the latest big funds directed at the Middle East.

Global interest in the Middle East’s developing startup ecosystem is booming. Home to some of the world’s top innovators and creative minds, MENA is also the target of increasing numbers in global investment commitments, and some of the world’s biggest names in finance have recently launched funds directed at the region. Here are a few of the largest reported numbers in new finances for budding businesses in the region.

The world’s largest private equity fund is also one of the newest. In October 2016, Saudi Arabia’s Public Investment Fund (PIF) announced it had joined forces with Japan’s SoftBank Group to establish the Vision Fund, a tech investment fund targeted at $100 billion. The massive initiative has raised over $93 billion so far, it announced in late May of this year. The main goal of the fund is to pour money into various tech sectors, including AI, robotics, and communications technologies. Its major backers include multinationals such as Apple, Qualcomm, and Sharp. The establishment of such a gargantuan fund is part of Saudi Arabia’s efforts to diversify its local economy as oil prices continue to fall. In June 2016, PIF invested $3.5 billion in ride-sharing giant Uber.

In May 2017, Saudi Telecom Company (STC) unveiled its new $500 million tech investment fund, named Saudi Technology Ventures (STV), which aims to strengthen the region’s entrepreneurial ecosystem and give new opportunities to tech innovators. Although the funds are not directed exclusively at Saudi Arabian initiatives, the creation of STV and the aforementioned Vision Fund are part of Saudi Arabia’s contribution to meeting its Vision 2030 goals. In December 2016, STC paired with Japanese e-commerce site Rakuten to invest $350 million in Dubai-based ride-sharing startup Careem.

The global investment network launched a $100 million fund in June 2016 to invest in high-growth companies in growing ecosystems around the world, including the Middle East. Endeavor recently directed $500,000 at Egyptian healthcare startup Vezeeta and invested $5 million in Series A funding for the Lebanese IoT cloud platform, scriptr.io. The New York-based startup support network calls itself a group of “mentor capitalists” who advise entrepreneurs worldwide.

Announced in December 2016, the Egyptian venture capital fund has already closed $40 million in funds and currently stands as the largest VC fund in Egypt. Egyptian entrepreneurs are the primary target of Algebra Ventures, which focuses mainly on Series A and B investments. The fund has so far invested in two Egyptian startups - in May 2017, it poured $750,000 into online grocery service GoodsMart, and in June made its largest deal yet with Egyptian food-discovery platform Elmenus, which received $1.5 million.

This venture capital firm focuses on developing and investing in early stage startups in the Middle East. Its MEVF II Fund was launched in 2015 and targets information and communications tech companies in MENA. The Beirut-based VC has already backed some big names in the regional startup network, including an undisclosed amount in Egypt’s Eventtus, $1 million to Dubai’s Melltoo, and $5 million in Lebanon’s scriptr.io.

One of the world’s largest venture capital funds, US-based 500 Startups expanded its vision to the Middle East with the May 2017 formation of its MENA fund, 500 Falcons. Its first closing hit $15 million, but its directors ultimately hope to see that amount double over time. The funds are directed towards early-stage MENA startups. Half of the current funds will go towards Series A funding for 100-150 startups in the region, and the other half will later be used as follow on funding for the top 20 percent of their initial recipients. In May, 500 Falcons’ Doha-based accelerator program concluded its first annual run, which was attended by nine MENA startups.

Established in 2016, the Arab Angel Fund is a unique venture capital fund focused on bringing early-stage startups to MENA markets. In September 2016, the Washington DC-based fund closed $10 million and since then has invested in 22 companies, focusing on seed and Series A rounds. Among the AAF’s investments is Agolo, the AI-powered summarisation software company. AAF’s founders hope that their fund will give MENA investors a chance to invest in foreign companies, and that AAF will give startups the opportunity to scale in foreign markets.

One of the most famous names in the Egyptian startup sphere has launched a new fund to kickstart local entrepreneurs and their businesses. Flat6Labs has pledged to spend 100 million EGP (about $5.6 million) on 100 Egyptian startups. The famed accelerator’s new fund was recently backed by the Egyptian government’s Ministry of Investment and International Cooperation and the International Finance Corporation. FlatLabs is an extremely active investor in Egyptian startups – one of its most prominent portfolio members is the bug-reporting software startup Instabug, which has since become an international success story.