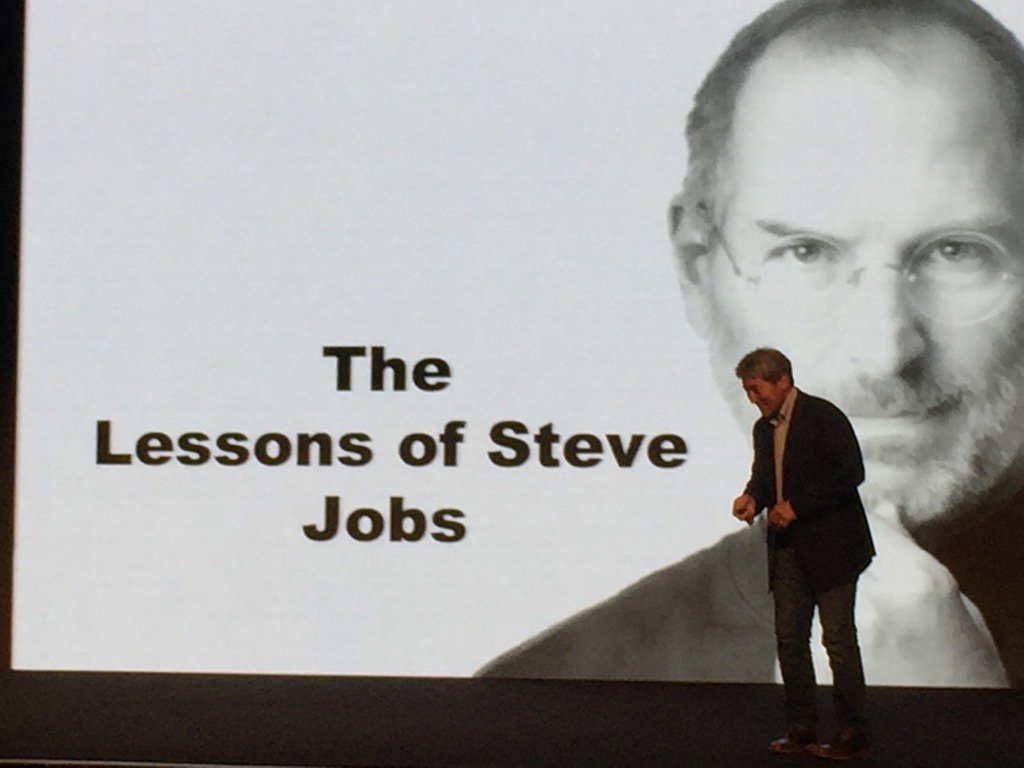 Guy Kawasaki is an author and public speaker…. and evangelist.

He worked at Macintosh, then left. Then worked at Apple, and also left. He says that had he not left the company those two times, 1987 and 1997 respectively, he would be a very rich man now. That may be the case. But what he now lacks in dollars today, he makes up for in experience.

Kawasaki was one of the featured speakers at Innovation Live in Dubai this week, hosted by MEED news company.

Kawasaki says working with Steve Jobs wasn’t easy but the lessons learnt have been valuable:

1. All that matters is competence. Jobs didn’t care what race, gender, sexual orientation or religion you were. His world was very black and white, it was either good or terrible. 2. Customers cannot tell you what they need. It’s not likely that someone buying harvested ice, if asked ‘what do you need’, could describe an ice factory. And ask an ice factory customer what they need, they may say faster delivery or cheaper prices. No one would ask for a refrigerator. With Apple, when we asked customers back in the mid-80s what do you want, what did they tell us? ‘Bigger, faster, cheaper, Apple 2’. Nobody said create a Mackintosh with an incompatible operating system with no software that had a mouse that was a completely different form factor. We created something that no one was asking for. When you’re creating that next curve it’s very hard to ask current customers what they want. 3. You have to aim high, you have to expect people to rise to the occasion. For example, at Apple we thought: ‘we need to stop totalitarianism where information is controlled, from IBM taking control’. They were a magnificent enemy then. So the aim wasn’t just to ship a personal computer but was the prevent worldwide domination. 4. Less is more. In design, in employee headcount, in everything. 5. Changing your mind is a sign of intelligence. In 2007, Jobs introduced the iPhone as a closed system, then in 2008 said “now you can write stand alone iPhone apps”. It was a 180 degree reversal. It’s a sign of intelligence that when you realise you’re wrong, change your path, and correct it. It’s a sign of good management. 6. Engineers are artists. For Jobs, an engineer was higher on the pecking order than a marketer. 7. Some things need to be believed to be seen. In 1996 Apple was in turmoil and Jobs was fired. So, who would have believed they would go on to become the first $7 billion company. If you believe Dubai has a future in high technology you will see it happen.