Blockchain and the future of Decentralized Finance (DeFi) 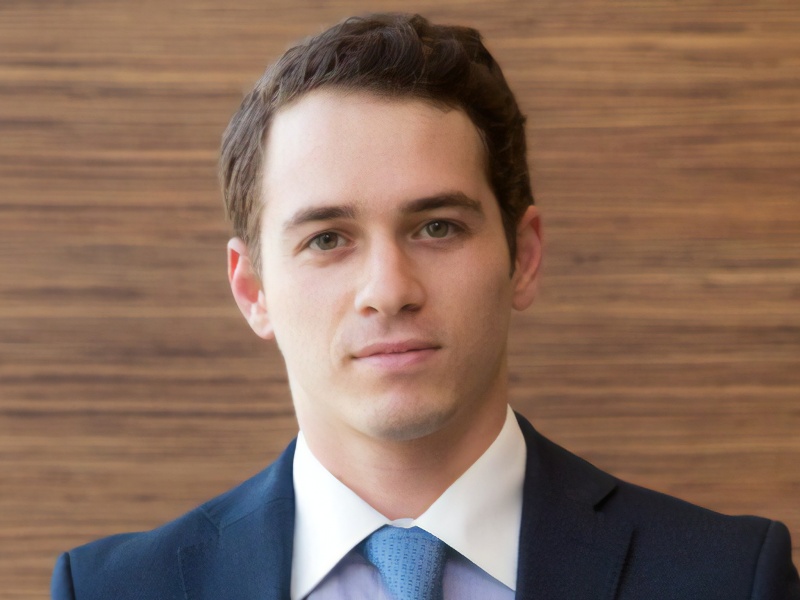 As the world struggles with COVID-19, those who work in the blockchain industry cannot help but reflect on the last major crisis to affect the global economy.

The 2008 financial crisis marks the birth of the industry as we know it today. In that year, Satoshi Nakatomo wrote the paper "Bitcoin: A Peer-to-Peer Electronic Cash System", in which he introduced an innovative protocol that addresses some of the faults in the traditional financial system. Since the first transaction, the network has grown to the point where its total circulating market capitalization is now over $170 billion, over 1 in 4 large institutional investors say they hold Bitcoin (as per a Fidelity Investments Survey) and is the best performing asset the past decade.

Over the last ten years, we have seen developments in infrastructure, usability, and price discovery (the process by which market prices of an asset are determined through interactions between buyers and sellers). Over the coming years, those developments will translate into explosive growth in various applications, but most interestingly for our purposes, is Decentralized Finance (DeFi).

A brief background of Blockchain and DeFi

To fully understand the future of blockchain and DeFi, we must first understand its history. Among many concepts described in the Bitcoin whitepaper, one of the most important was a new way of recording, verifying, storing, and managing data that allowed for digital scarcity.

Before Bitcoin, it was impossible to apply the concept of scarcity, a key characteristic of gold, in the digital world. If you imagine sending a PDF file via email, what happens is that you make a copy of the file and send it. Now two files exist on two devices. This isn't an issue when sending PDF files, but it is when you are trying to send a digital asset of value. This is why all previous attempts at creating digital money have failed. Digital scarcity is important as the immutability of transfers means the functions of reconciliation, settlement, clearing, and asset registries are automated.

A simple example is how a bank operates as an intermediary when you send US dollars to someone else. It first verifies the sender's and receiver's identities and bank accounts, then confirms that the sender has sufficient funds and, once the transfer is complete, makes sure that the sender no longer has access to the funds sent. With a blockchain-based asset, these functions are built-in so the intermediary’s role will either change or will no longer be required.

The removal of intermediaries in the payment process was Bitcoin's most significant innovation; it reduced friction, leading to lower transaction fees. This is an essential feature of DeFi, allowing for more efficient financial services at transparent and improved rates.

One catalyst of the rise of DeFi in the coming years is the misalignment of incentives between financial institutions and end-users.

The financial crash of 2008 provides an excellent example of what can go wrong. Banks, rating agencies, brokers, and others weren't incentivized to price risk correctly. Prior to the subprime mortgage market blowing up, banks created instruments which they sold to their clients, and then in some cases took opposite positions, which allowed them to profit if the underlying mortgage failed (which was very common in the crash).

A decade later, a warped incentive structure remains in many areas of finance. When it comes to lending, many banks will lend to large corporations rather than SMEs with a similar risk profile, simply because they get paid more for the larger transactions.

There's also the matter of risk assessments not being robust. A bank's view of risk and creditworthiness can be influenced by personal relationships and susceptible to manipulation, rather than based purely on merit and collateral. These issues have come to light recently in examples such as the unpaid loans of over 2.1 Billion USD from UAE banks to NMC Health.

According to a recent McKinsey report, "over 2.5 billion of the world's adults don't use banks or microfinance institutions to save or borrow money". The MENA region has one of the world's highest proportions of unbanked or underbanked populations. Innovation should be about providing more people with basic financial services, not just allowing a limited group to benefit.

DeFi is disrupting finance, shifting blockchain's impact from payments to lending, borrowing, trading, and much more. It is a new monetary protocol that consists of financial applications, allowing anyone to access financial services in a peer-to-peer manner.

DeFi is exciting because it will allow us to innovate in financial services freely. To get a glimpse of what exists today, it's worth looking at how you can get a loan using one of the most innovative DeFi projects, MakerDAO. The MakerDAO smart contract does not care about your financial or social background. All it cares about is that you maintain a collateralization ratio of 150%. This means your loan amount needs to be at least two-thirds of the asset you pledge as collateral. Assuming you want a loan of 100 USD, you would need to pledge $150 worth of Ethereum into the protocol.

Instead of using credit scoring or litigation, MakerDAO uses loan liquidation to govern the system. So, if the collateral drops below a certain threshold and isn’t replenished by the debtor, the Ethereum held as collateral is liquidated and used to pay off the creditors. In this way, the threat of liquidation incentivizes borrowers to act honestly. MakerDAO certainly has inherent risks, but it is an excellent example of how loan initiation can operate without going through an intermediary.

While it's early for DeFi, the attributes of blockchain-based digital assets mean there are many more cases where they can be applied. Centralized financial institutions operate like a black-box when compared to DeFi products, as users have to rely on financial reporting and audits, while in DeFi all the information, balances, and transactions can be verified on-chain.

At the moment, DeFi progress has moved towards lending, borrowing, and trading, but the potential for innovation extends beyond that. Examples of DeFi applications include:

1. DeFI lending and borrowing allows anyone to collateralize their digital asset and unlock credit in the form of a loan from a pool of lenders. Anyone can also generate yield on their digital assets by lending through lending pools.  This can be done with an internet connection and Ethereum tokens.

2. Decentralized Autonomous Organizations (DAOs): This allows the creation of flat organizations, controlled by the shareholders equally, where actions are voted on. An example of a DAO could be a group of investors that pool their funds and then vote on investment proposals from members. Returns are then distributed automatically via the smart contract. A real-world example is the LAO, which allows investors to pool money and invest in crypto venture opportunities.

3. Decentralized Exchanges: Traditional exchanges act as the intermediary between traders buying and selling assets and match/route their orders. In decentralized exchanges, traders have custody of their assets and funds and can trade directly with other traders through a smart contract.

4. New Asset Classes: We will see all sorts of new asset classes coming into life. The TRUMP token goes to 1 if Trump wins the 2020 elections, and goes to zero if he loses. It is currently 0.445, down from 0.52, which means traders think Trump's chance of reelection got worse over the past three months. TRUMP token is an implementation of prediction markets, but we’ll have assets that we can’t even think of in 10 years. It’s like trying to conceptualize high-frequency trading before computers.

Other DeFI innovations include decentralized insurance, derivatives, stablecoins, fund management, and many more.

The decentralized consensus at work in blockchain networks means there is a single source of truth for all transactions, no single point of failure, and no chance of data breaches from a centralized intermediary's servers. Across all financial services, there are many layers of bureaucracy, inefficiency, and cost that can be swept away by DeFi. More importantly, DeFi systems are done in a way where the participants benefit the most, as opposed to the financial intermediary or institution.

The concept of removing trusted intermediaries such as banks and financial institutions from finance is foreign to most, as it has been the norm for the past century. Given the recent global climate, it is crucial that DeFi is censorship-resistant, meaning that your money can't be frozen, seized, or blocked in the way we've seen in Lebanon recently and other parts of the world in the last few years. DeFI enables the separation of State and Money.

Although the promise of DeFi is exciting and optimistic, one must understand and concede the challenges ahead. Scale and usability are two main obstacles to adoption. A lot of work should be done in education, improving the user experience, and simplifying user onboarding to those protocols and applications. One thing is for sure though, blockchain is going to revolutionize finance in the coming decade.