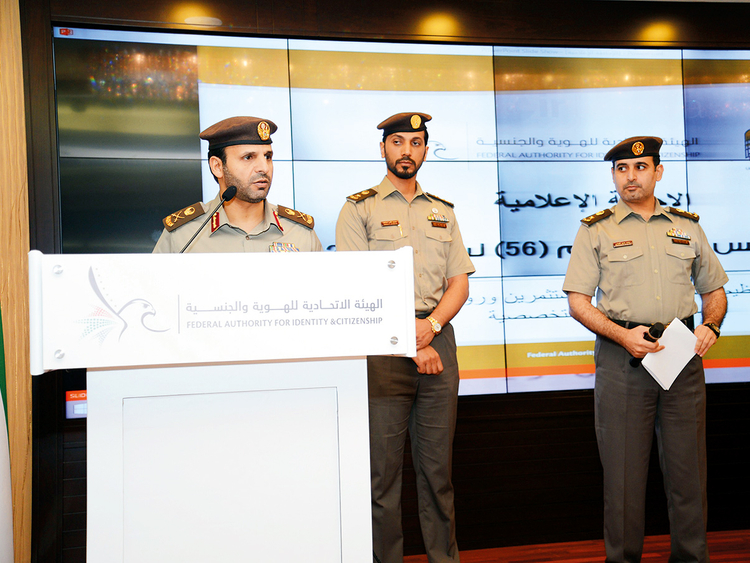 5-year UAE residency visa for entrepreneurs? The Emirati Government starts issuing visas to eligible entrepreneurs as it looks to improve the ease of doing business in the country

Under the directives and in the presence of Vice President and Prime Minister of the UAE and Ruler of Dubai His Highness Sheikh Mohammed bin Rashid Al Maktoum, the Federal Authority for Identity and Citizenship announced the implementation of the Cabinet’s decision to issue five-year residency visas for entrepreneurs as part of its aim of enhancing the ease of doing business in the country.

His Highness, in the presence of Deputy Prime Minister and Minister of Interior Lieutenant General His Highness Sheikh Saif bin Zayed Al Nahyan; and Deputy Prime Minister and Minister of Presidential Affairs HH Sheikh Mansour bin Zayed Al Nahyan attended the signing of a number of collaboration agreements between the Federal Authority for Identity and Citizenship, the Business Incubator HUB71 in Abu Dhabi, and the Dubai Future Foundation, to promote opportunities to attract entrepreneurs and creative professionals. The three entities will collaborate in the areas of training, sharing knowledge, enhancing ease of doing business and creating a conducive environment for investment and business.

The Federal Authority for Identity and Citizenship will be in charge of issuing the residency visas while HUB71 in Abu Dhabi and Dubai Future Foundation’s Area2071 in Dubai will nominate entrepreneurs for receiving the benefits of the initiative.

Major General Saeed Rakan Al Rashidi, Director General for Foreigners Affairs and Ports at the Federal Authority for Identity and Citizenship, said the move is part of the Cabinet resolution that aims to regulate the issuance of residency visas to investors and entrepreneurs.

Dr. Mohammed Rashid Al Hamli, Secretary- General of the Abu Dhabi Executive Council said that the UAE has become a destination of choice for professionals looking for exceptional opportunities. He said that he is committed to supporting close integration between various government entities and the private sector to promote pro-business government policies and development programmes. He further said the latest decision of the government will have a positive impact on the economy and cement its position as a global business hub.

As per the agreement, the Authority and HUB71 will develop strategies and plans to attract entrepreneurs to Abu Dhabi.

Khalfan Juma Belhoul, CEO of Dubai Future Foundation (DFF), said that the Foundation aims to enhance collaboration between various government and private entities and unify efforts to make the UAE a model for innovation in the business sector. “Entrepreneurs and their families will be provided with a five-year renewable residency visa. This will be a personal visa, which will help ensure the independence of the entrepreneur and promote a pro-business environment,” he said.

To be eligible for the visa, entrepreneurs should have a former business that is worth a minimum of AED500,000 or has the approval of an accredited business incubator in the country. He should also have obtained insurance coverage for him and his family for the entire period of his residency.

The Federal Authority for Identity and Citizenship can also grant a five-year visa to three executive directors working for the entrepreneur, provided they commit to working exclusively for the entrepreneur during the period of the visa. Entrepreneurs will be allowed entry into the country on a six-month multi-entry visa as part of support provided to them to complete procedures to set up their business.

5-year UAE residency visa for entrepreneurs? The Emirati Government starts issuing visas to eligible entrepreneurs as it looks to improve the ease of doing business in the country