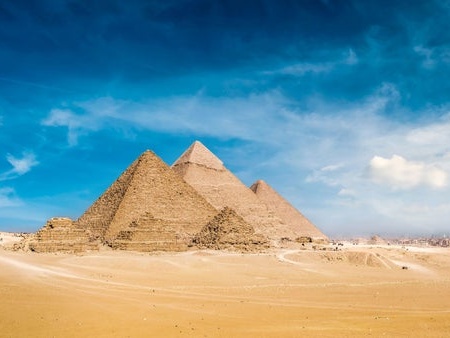 Egypt, the land of pyramids, pharaohs, and the Nile, is fast becoming one of the hottest startup hubs in the Middle East and Africa region

Egypt is the fastest growing startup ecosystem in the Middle East and North Africa region, according to a report published in 2018 by Magnitt, bagging 22 percent of all deals last year, second only to the United Arab Emirates. The country has also seen a significant spike in the number of venture capital companies, international funds, incubators, and accelerators over the last couple of years, which, along with government initiatives, have made Egypt an attractive hub for startups in the region.

“Egypt is seeing a second wave of entrepreneurs and investors that are more mature and experienced. The population is also starting to embrace technology for everyday activities and we see that large but young tech firms are a great source of talent and inspiration,” Ziad Mokhtar, managing partner at Algebra Ventures was quoted by the Magnitt report as saying.

Following are 5 things to know about this up-and-coming young entrant in the global startup space:

Egypt is still a relatively new startup hub, and while it does not have any unicorns to its name yet, several promising companies are on their way to the $1 billion club.

Swvl, an app that allows customers to book rides on buses and vans in their network, tops the list with a total of $80.5 million raised over four funding rounds so far, according to data aggregator Crunchbase.

Vezeeta, a healthtech platform which allows patients to book doctors on the app, with $23.5 million raised over five funding rounds so far, according to Crunchbase, is next in line. The company closed it latest funding from a series C round in December 2018.

Instabug, Yaoota, Basharsoft, and Halan are some others on the list.

Incubators on the Rise

Flat6Labs is the most prominent accelerator in Egypt, and was the only one in the country up until a few years ago. EdVentures, the corporate VC arm of Nahdet Misr, one of the leading publishing groups of Egypt, is one of the main players in the education startup sector. Sawari, Algebra and Endure Capital are other private VCs.

Falak is a government run accelerator that invests in early-stage startups, and was established to give the startup industry in the country a much-needed shot in the arm.

Government Efforts to Scale the Industry

The Egyptian Ministry of Investment and International Cooperation has a number of different startup programs and networks that helps founders develop their entrepreneurial skills, and companies navigate regulations. The initiative by the ministry, called ‘Fekratek Sherkate’ administers these programs, including Falak.

Bedaya, founded by Egypt’s General Authority for Investment and Free Zones, is an incubator that offers funding as well as office space, networking opportunities and manufacturing zones to startups. The incubator’s ‘Bedaya Fund’ provides financing opportunities for startups in the food, agricultural, manufacturing, services, and information technology sectors.

TIEC, or Technology Innovation and Entrepreneurship Center is another government incubator that funds startups in the information and communication technology sector, as part of the government plan to develop the country’s communication infrastructure.

Technology is the hottest startup sector in Egypt, with the country poised to lead the way for tech innovation in the Middle East and Africa, a Business Insider report earlier this year said. However, issues with the country’s economy, which has been struggling in the wake of the Arab Spring crises, and the ouster of leader Hosni Mubarak, a generally weaker currency versus the U.S. dollar, and complex bureaucracy make it hard for startups to operate efficiently. Several companies have been forced to relocate to Germany, Dubai, China or the Cayman Islands inorder to take some of the pressure off.

Events give startups an important opportunity to network, connect and learn from experts and investors around the world.

Egypt has several annual events that help put regional startups on the global map - RiseUp Summit - biggest in the country, Vested, and the Techne Summit, held in Alexandria, are some of the must-attend gatherings.

Techne Summit, in fact, returns for its fifth edition in Alexandria, Egypt, at the end of the week, with topics of discussion ranging from healthtech, e-commerce, and fintech, to retail, marketing and media technology, among others.

The event, slated for September 28 to September 30, will feature the launch of a network comprising angel investors from across the Mediterranean region, called ‘Mediterranean Business Angel Investment Network’, or Med Angels. Investors from France, Greece, Tunisia, Morocco, Egypt, Lebanon, Slovenia, Croatia, among others, are already a part of the network, which aims to “facilitate cross border investing among participating member networks,” as per its press release.

The Med Angels platform claims it will help connect more than 100 networks with nearly 10,000 angel investors, across 24 countries.

Featuring also for the first time will be a global startup competition, called ‘Startup World Cup’ - a competition for seed-stage startups, the winner of which will get a chance to win $1 million, and an entry into the final round in Silicon Valley.

The main event is replete with workshops on product design, company incorporation procedures, legal issues relating to startup investing, fireside chats on technology and building hospitals of the future, pitching competitions for startups, and 1-to-1 meetings.

Event-goers will also be able to take part in several competitions based on specific themes, or sectors, such as healthcare, women in tech, and fintech companies tackling financial inclusion, payments and SME lending, to name a few.