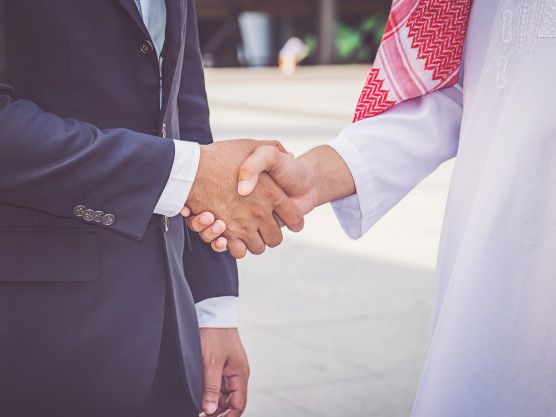 For several years, Dubai, with its strategic location and stability, has been able to establish itself as the hub for the private sector across the Middle East and North Africa (Mena).

Boasting superior infrastructure, vibrant cultural and entertainment lifestyle sector, the emirate has been able to attract expatriates from across the world to its manmade islands and glittering skyscrapers.

The latest stakeholders for this destination are startups and the government is working hard to maintain their presence.  At the World Economic Forum (WEF) that took place in Jordan at the beginning of April this year, Dubai announced that it would grant the top 100 Arab startups (picked by WEF) five-year visas.

The UAE is already home to 20 of them and in a statement to WAM, Abdullah Bin Touq, secretary general of the UAE cabinet said the move “reflects our commitment to facilitate businesses, create an attractive and encouraging environment for growth, and underline the UAE's position as a global destination for talents”.

But Dubai is expensive, the most expensive city in Mena for startups due to the high real estate prices, visas, licences and telecommunications costs.

A recent report by Google and Strategy& identified Dubai as one of the most expensive cities in the world to launch a startup, accounting for 13.4 per cent of income per capita, compared with 6.8 per cent in Saudi Arabia and just 1.1 per cent in the US.

And so, several other cities across the region are attempting to position themselves as an alternative destination hub for startups in Mena.

The latest is Abu Dhabi, which will be providing a Dh1 billion ($272 million) package for startups as part of a new entrepreneurship space called Hub71 launched in partnership with sovereign wealth fund Mubadala Investment Company and Japan-based investment bank Softbank as well as Microsoft and Abu Dhabi Global Market (ADGM).

Half of this investment plan will be used to provide subsidies for housing, office space, health insurance and the remaining Dh535 million for an investment fund for both startups and venture capital (VC) firms which will be deployed over the next three to five years. The government is encouraging VCs to set up base at Hub71 by co-investing with them through a government matching scheme.

It is hoping to attract startups from around the world by promising them a network that includes Softbank and Mubadala’s portfolio companies which includes Uber, China’s Didi and India’s OYO.

“What makes Hub71 different from other initiatives in the region is the partnership strategy,” says Ibrahim Ajami, head of Mubadala Ventures.

Working with government, universities, global tech companies like Microsoft will enable an ecosystem that Abu Dhabi hopes will propel it to the ultimate destination for entrepreneurs.

“They get to sit alongside leading tech companies from around the world – that dialogue, that engagement is absolutely immense,” says Ajami. “The role of Softbank is another part of our partnership strategy. Softbank sits on some of the greatest companies in the world and a lot of them are asking about how to expand to the region.”

Networking, while beneficial is not enough to guarantee success. Most startups would prefer easy access to market and Saudi Arabia, for many, is the most lucrative market in the region.

Saudi Arabia’s Vision 2030 has repositioned the small to medium sized enterprise (SME) sector as one of the most important for the kingdom’s economic prosperity. The government launched the General Authority for SMEs known as Monshaat, whose sole mandate is to help, aid and enable them, a one-stop shop for SMEs.

Over the past few months Monshaat has announced a roster of new initiatives which has included launching a government-owned VC firm – the Saudi Venture Capital Company (SVC) with a fund worth SAR 5 billion ($1.33 billion) which it will invest directly in the country’s startups as well as VC funds.

It has also signed agreements with 20 global and regional VCs, including with Wamda Capital to facilitate the visa and licensing process for their portfolio companies.

Saudi Arabia is the Middle East’s biggest economy with a gross domestic product (GDP) of more than $680 billion and a population of 33 million of which 70 per cent are below the age of 30. This demographic is technologically savvy with strong purchasing power and for startups, cracking the Saudi Arabian market is one way to ensure growth.

But the country’s restrictive social and cultural requirements make it difficult to attract talent. Riyadh-based logistics company Salasa has considered relocating to Dubai in a bid to attract the talent that is lacking in Saudi.

“We used to say lack of funds was a challenge, but this is not an issue anymore especially with government support. A big hassle for us is to find someone talented who wants to work for a startup. This is why sometimes we think if we move to Dubai, it will be easier to acquire talent,” says Abdulmajeed Alymeni, co-founder and CEO at Salasa.

Two countries that do boast talent however, are Jordan and Egypt. During the opening plenary session at WEF, Jordan’s King Abdullah II bin Al Hussein told a room of the region’s top businessmen and policymakers that his country was ripe for investment and a destination for startups.

“Our most important strength is Jordan’s high-skill human capital,” he said. “Our young people are globally connected, tech-savvy, fluent in multiple languages and determined to succeed. They are proven assets to every enterprise. And we have already seen this strength at work, in the success of Jordan’s ICT industry, which has created thousands of new jobs and accessed markets across the region and beyond.”

Amman provides many of the engineers for the back offices of many startups and technology companies in the region, including Amazon. But they tend to be more expensive than engineers in Cairo, where the region’s most populous city is re-establishing its entrepreneurial flair amid a flurry of activity.

Kuwait-based Boutiqaat is currently considering opening a back office in Cairo.

“I can hire 10 engineers in Egypt for the price of one in Jordan,” says Fahd Mannaa, IT manager at Boutiqaat.

But cost alone is not enough to attract startups to establish headquarters in Egypt, or Jordan, which lack the same living standards as the Gulf. They are likely to remain as the backend offices for the rest of the region.

The country making the strongest effort take replace Dubai as the region’s hub is Bahrain. The small Gulf state enjoys easy access to Saudi Arabia, a bankruptcy law that allows startups to fail and restart and Al Waha’s $100 million fund of funds of which half has already been invested.  Bahrain has also adopted a “cloud first” policy and is home to the Middle East’s Amazon Web Services (AWS) infrastructure which will go live this year and will create thousands of jobs according to Amazon.