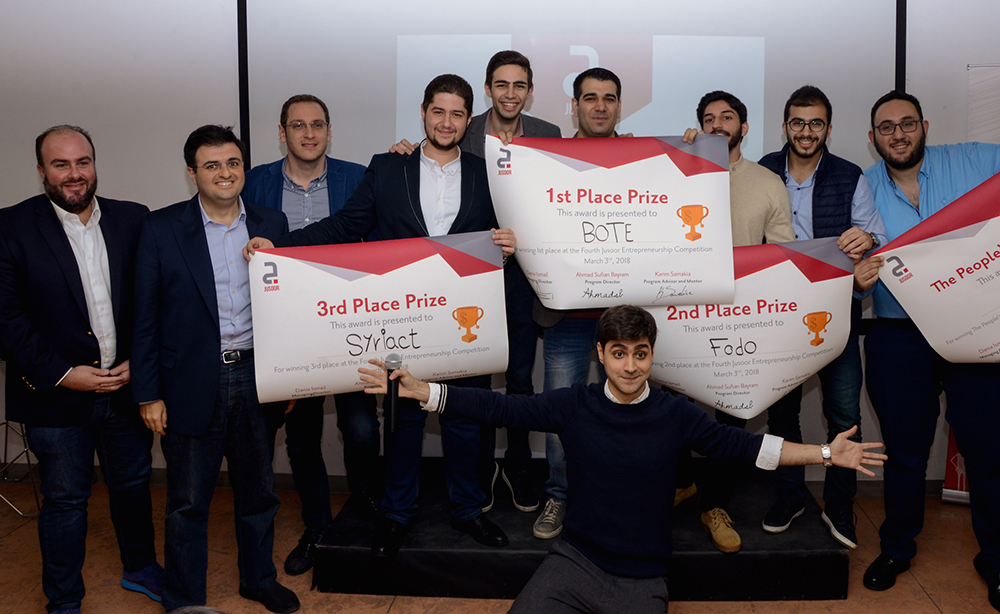 4 SYRIAN STARTUPS THAT CHAMPIONED THE JUSOOR ENTREPRENEURSHIP COMPETITION IN LEBANON

It's a sunny day in Beirut as the spring starts to imbue the city with its colors. But inside the Beirut Digital District, just metres away from the iconic Mohammad Al-Amin blue mosque, a group of Syrian entrepreneurs are crafting another kind of spring. Jusoor's fourth Entrepreneurship Competition has kicked off, inviting 15 teams of Syrian entrepreneurs based both in Syria and abroad to turn their ideas into businesses.

“My experience at the Jusoor bootcamp was one of the best experiences I have been through; it gave me hope that young Syrians are ambitious and will make a big difference in the revival of Syrian society," says Raafat Hantoush, the co-founder of Bote, the startup that won the first prize at the competition. Bote received a cash prize of $10,000 to grow its innovative product, a security hardware device that helps parents track their children through their shoe insoles.

The 10-day bootcamp kicked off with a visit to the ArabNet Beirut Conference, as an opportunity for the teams to meet and interact with the Lebanese tech and startup ecosystem, and later moved on to the Beirut Digital District, where over 20 mentors and trainers helped the 15 startups gear up for the final Demo Day.

4 SYRIAN STARTUPS THAT CHAMPIONED THE JUSOOR ENTREPRENEURSHIP COMPETITION IN LEBANON