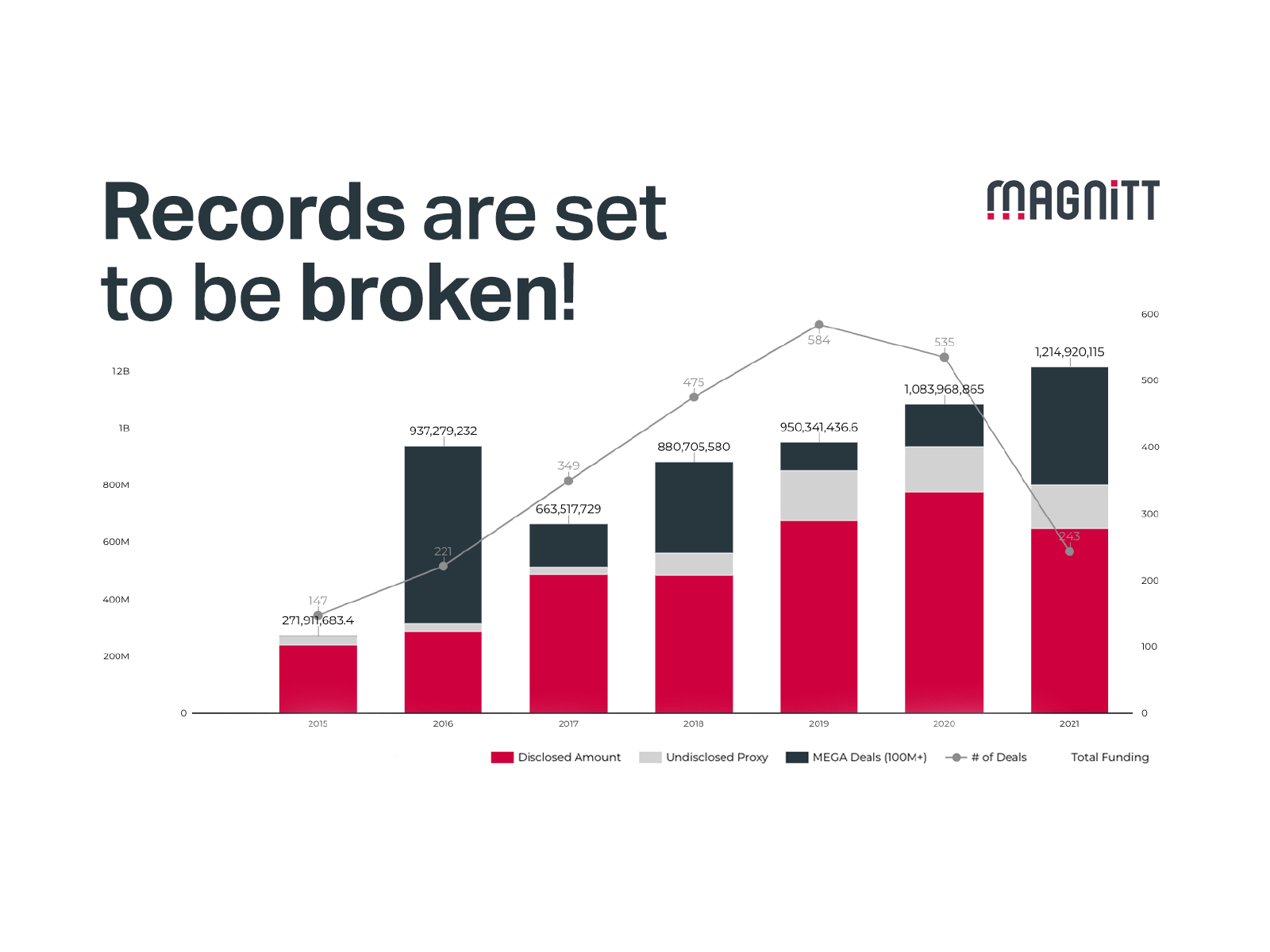 The 2021 MENA Sprint: Records are set to be broken!

The MENA region has reached another watershed moment in its Venture Capital history this past week. Since starting MAGNiTT in 2015, we have been tracking investment and data trends from across the region. We have witnessed founders aspiring for mega exits, investors looking for returns to match, and governments working to see the fruits of their efforts return in success stories. Yet, today we are witnessing critical moments in historic times.

However, 2021 has picked up where 2019 left off. Today marked a promising turning point for the MENA region after the announcement of Kitopi's $415M Series C investment. At over $1.2BN invested in MENA based startups across the region in only the first 6 months of the year compared to $1.1BN invested in the full year of 2020, we have seen a new record set for capital deployed, with 6 months of the year yet to come! This number excludes venture debt investments, an instrument that is relatively new to the region but is being used at a higher frequency to support startups raising  rounds.

While Kitopi's investment marks signs of return for mega deals in MENA, it also highlights a growing regional trend summed up in 3 key attributes:

This outlines a very positive trajectory for the Ecosystem as we enter H2 where we will likely see the return of offline events such as GITEX and Expo 2020, the re-emergence of much missed accelerator programs, and the reignition of founders’ cross border activity to scale up and compliment their online activity.

We at MAGNiTT will continue to ensure we keep you informed with the latest information, data, and transactions with a commitment to credibility and accuracy of data as we scale beyond MENA, already starting with Turkey and Pakistan and further to Africa in H2 2021.

Browse All Startup Exits in MENA since 2019

The 2021 MENA Sprint: Records are set to be broken!