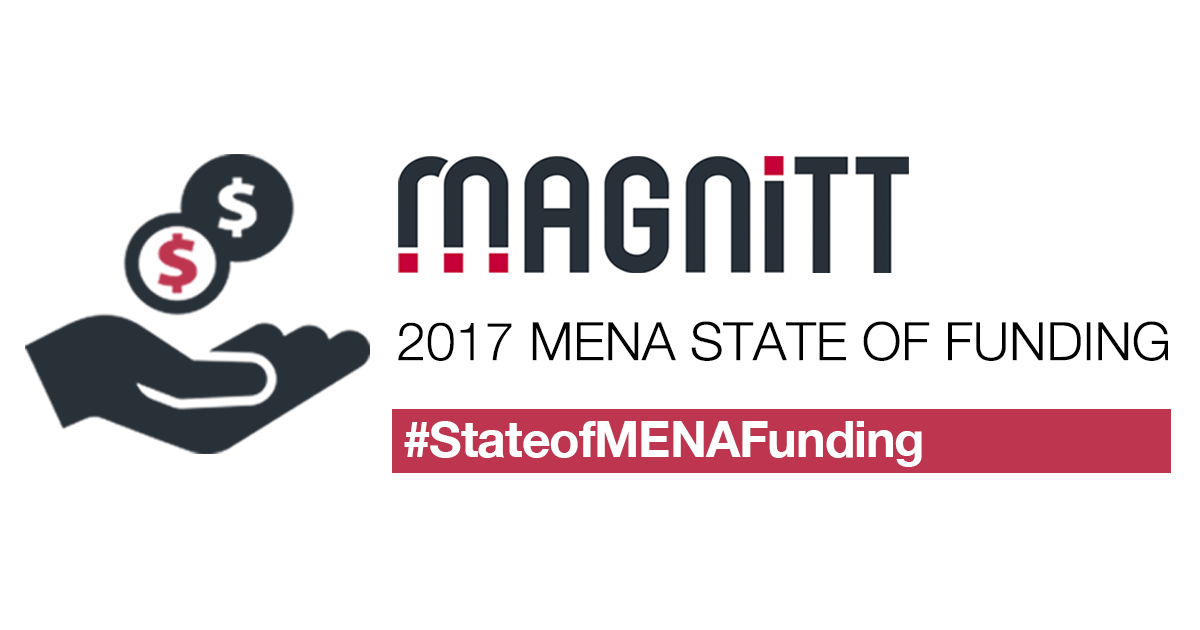 (Dubai, United Arab Emirates) January 16th, 2017 – 2017 proved to be a record year for the MENA startup ecosystem, continuing its signs of maturity and growth. MAGNiTT’s annual State of MENA funding, which looks at MENA specific investments, highlighted $560m of investment made in 260 MENA startups.

Key takeaways from MAGNiTT’s 2017 MENA State of Funding include:

1.      Funding Overview: A record Q4 in terms of investment amount and startup deals saw a strong finish to 2017. With the 2017 MENA State of Funding focused purely on MENA based startups, not including Turkey or Iran, MAGNiTT data highlights:

MAGNiTT’s founder, Philip Bahoshy, noted “it was a great year for MENA startups, founders and investors across the board. Investment continues to grow at all stages across the funding cycle.” With regards to overall trends he noted that “2017 broke the record for number of deals and amount invested, when removing investments in Careem and Souq. This is positive news and should provide confidence across the market heading into 2018. We expect to see a continuation of this trend throughout the year.”

2. Investment Breakdown: MAGNiTT investigated the breakdown of industries and geographies comparing 2017 to the previous year:

In the 2017 report, MAGNiTT noted that as part of their calculations this year, they removed investments made in Turkish and Iranian startup, focusing purely on MENA countries. MAGNiTT looks to expand their proposition with further reports to be published in the coming months for additional geographies as the platform expands.

3. VC activity and Exits: 2017 saw both the continued activity of existing household investment institutions, as well as the emergence of new players into the MENA startup scene:

Bahoshy added: “It has been great to see the emergence of new investors both regional and international into the startup arena, providing much needed capital injection to the region. We have even seen greater participation by family offices, individual Angels and Corporates, many of whom look to launch accelerators and incubators in 2017 as well as make Corporate Venture investments”.

2017 sets the benchmark for the region, and Bahoshy is confident that in 2018, we will continue to see many of these records broken. “We anticipate existing VC’s to deploy new capital from freshly raised funds, we anticipate the continued emergence of new institutional players across the region and we foresee government and regulators continue to actively facilitate and promote innovation initiatives across the region”.

On MAGNiTT, he also noted “2018 is a big year for our platform. Accuracy of data is core to our proposition. MAGNiTT will continue to develop strong relationships with Investors and the ecosystem to ensure the information stays up to date and available. We are pleased to compliment this infographic with a detailed and in depth version of this report including analytics and insights made available for paid subscribers as well looking forward to launch of a new site later this month which will provide the tools and functionality to support users in the ecosystem.”

Next week, MAGNiTT will be releasing a detailed 35+ page detailed report on MENA Investments. Click HERE or below to learn more details how to access the full report.