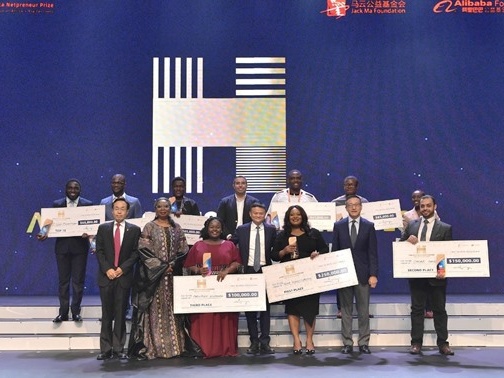 Egyptian startup Mumm also won $65,000, among the ten finalists, for its online platform that is connecting talented home-based cooks with hungry professionals to give them access to wholesome fresh homemade food, from the homechef’s kitchen.

"Nawah-Scientific is the first, private, multidisciplinary research center in Egypt catering for natural and medical sciences," the press release stated, clarifying that the Egyptian startup revolutionizes the scientific research ecosystem as scientists can carry a world-class level of research regardless of the equipment available in their labs.

"The company was incubated in the Information Technology Industry Development Agency (ITIDA)’s Technology Innovation and Entrepreneurship Center (TIEC) and in 2 years only, the company was able to create +110 jobs and delivered +45K meals to 7K customers, according to the company’s profile on TIEC’s website," it stated.

ANPI noted that Entrepreneurship and tech innovation in Egypt has been growing in popularity and has become a key component of economic growth in the country.

The ICT innovation and entrepreneurship ecosystem in Egypt is thriving like never before and has recently witnessed remarkable growth and significant successes. In 2018, the UN selected Egypt to host the first African and Middle Eastern Technology Innovation Lab, UNTIL Egypt, according to the statement.

The statement stated that the ICT sector in Egypt has been witnessing unprecedented growth and is currently one of the fastest growing and one of the largest contributors to the country’s GDP growth with 4 percent. "The sector achieved a growth rate of 16 percent during the last fiscal year, with more than $3.7 billion annual export revenues."

A recent independent report ranked Egypt’s startup ecosystem as the first in the MENA region with respect to investment growth rate and second in terms of investment size. Other recent reports ranked the Egyptian ecosystem atop Africa for the number of high-potential startups, it referred.

"Many high-potential Egyptian startups work in deep technologies as advanced IC design, artificial intelligence and data analytics. Egypt has a vibrant edge in electronics innovation particularly due to hosting an increasing number of design houses employing over 5000 highly talented calibers. The country also hosts electronics manufactures, two of which are world-leaders included on the top-10 list," it added.