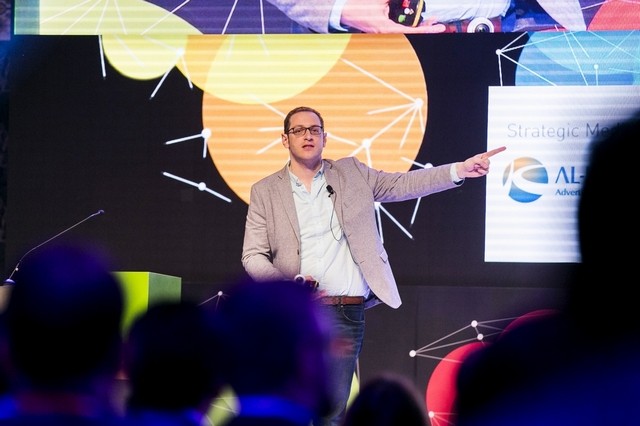 $1bn in start-up funding to flow through UAE this year, says Arabnet

SOURCE: The National - $1bn in start-up funding to flow through UAE this year, says Arabnet

More than US$1 billion in investment funds for technology start-ups will be raised in the UAE this year, according to the founder of Arabnet.

The boom comes after a bumper year of investment, with $918 million flow into the digital sphere across the Mena region in 2016. The Arabnet conference State of Digital Investments in Mena, launched yesterday, heard that more than a third of Mena’s investment community is based in the UAE, with the largest tech investors located in Dubai.

"Three new funds of over $300m each will be raised this year," Omar Christidis, the founder and chief executive of Arabnet, said at the conference.

He said more than 30 funds had been launched annually over the past two years.

The three $300m funds will be launched by a government entity, a corporate giant and government-run company, he said. Two of the funds will be mandated to focus on tech start-ups and tech investment in the Mena region. These are aside from the funds raised by Mohammed Alabbar, the Emaar chairman and founder of the e-commerce venture Noon.com.

Mubadala, the Abu Dhabi Government’s strategic investment company, is thought to be one of the entities Mr Christidis referenced.

Yesterday, Mubadala revealed plans to start two technology venture capital funds next month to invest in companies with an annual revenue of between $1m and $10m. Research last week from the tech investment tracker Magnitt showed the first quarter of this year to be quieter than a year earlier.

However the $41m Series B round announced yesterday by Fetchr, a Dubai-based technology start-up, pushes 2017 in a different direction. The money came mainly from Majid Al Futtaim in a form of private equity and from the Silicon Valley venture capitalists NEA.

"I started in 2013 pitching to 200 investors and still had to rely on backing from my mum," said Idriss Al Rifai, the founder and chief executive of Fetchr.

He said the sector for start-up funding had changed so much that he had since turned down three funds’ money. "The ecosystem has become vibrant for start-ups. If you need $500k to $1m there are many options, however if you need between $3m and $50m then it is still hard because the VCs here are not willing for that level of risk."

He also said exits were a problem in the region when a valuation went above $1 billion because at that level buyers are few and far between and an IPO from a start-up has still not been effective here.

Dubai SME, the government agency that oversees SME development, is also looking at how it may become involved in the tech start-up space.

"It will be a private fund deployed in 2018 focusing on early-stage and seed-round investments. We don’t lack for capital in the region but we need a more dynamic sector where corporate investments and government investments are deployed around intellectual property that has been driven from our universities."

SOURCE: The National - $1bn in start-up funding to flow through UAE this year, says Arabnet

$1bn in start-up funding to flow through UAE this year, says Arabnet