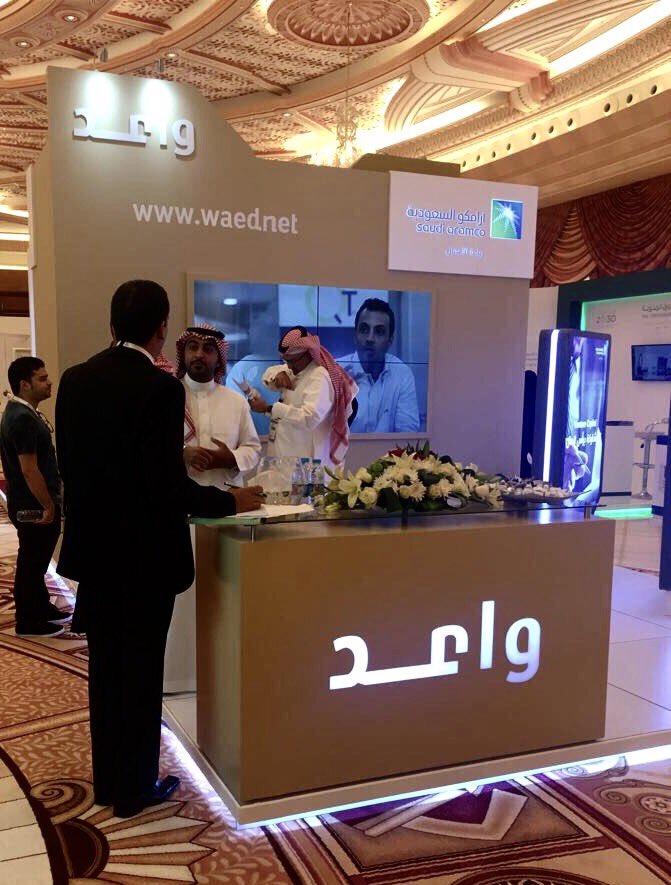 Under the patronage of H.R.H prince Khalid Alfaisal, adviser of the Custodian of the Two Holy Mosques and governor of Makkah region. Umm Al-Qura University (UQU) represented by “Wadi Makkah: This event is one of the most important events in entrepreneurship and it was held in 4-6 of November 2017. The event was attended by members of various government organizations and number of officials, experts and other parties interested in the development of local entrepreneurship

Aramco entrepreneurship Center “wa’ed” Participated as an exhibitor in the event in the aim of strengthening startup presence and initiatives in local economy and to inspire the individual initiatives as well as creativity and to accelerate the promising chances through developing Start-Ups along with SMEs and investing to develop them. The center also aimed to highlight the strategies and programs that sponsor entrepreneur’s ideas and to transfer them to projects and businesses that can be implemented and developed.

On that regard, Khalil Alshafei, CEO of “Wa’ed” Has stated during a panel discussion with other executives about the possible methods to accelerate businesses “it is true that business incubators and accelerators existed not only recently. However, they struggle because of certain issues such as lack of interest from investors and laws that would facilitate the work.

Alshafei concluded his speech by saying “although entrepreneurs faced a lot of obstacles in the past, I can see clearly that with the vision of 2030, there is a real attempt to revive entrepreneurship and there is a great ambition to achieve the Silicon Valley model.

Wa’ed supports the value-based projects and the ones that is compatible with the vision of 2030 that aims to develop the local economy and to create distinctive job opportunities and to diversify the kingdom dependency on oil and gas. It also funds projects for a huge number of sectors including healthcare, education, energy, technology, automated technology, food processing, advanced preparation, entertainment, e-commerce, life style, and many other sectors.